(Minghui.org) Four U.S. representatives in Texas expressed support for celebrations in Texas of the 16th World Falun Dafa Day on May 13, 2015. Their congratulatory letters were sent to the Southern USA Falun Dafa Association. 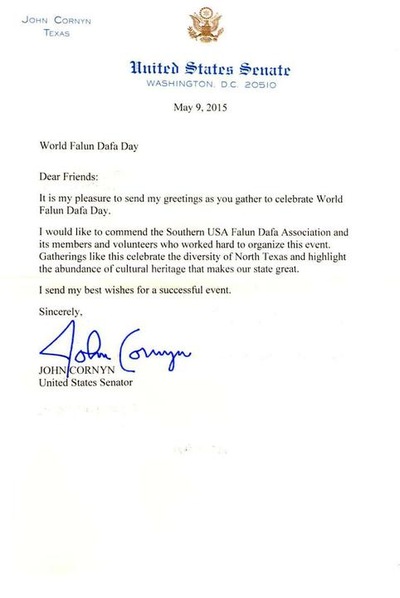 U.S. Senator John Cornyn said in his letter, “Gatherings like this celebrate the diversity of North Texas and highlight the abundance of cultural heritage that makes our state great.” 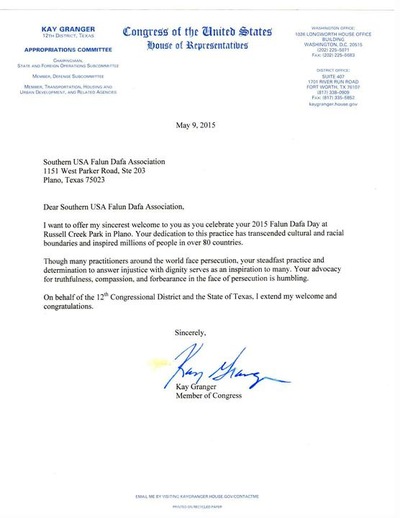 U.S. Congresswoman Kay Granger wrote in her letter, “Though many practitioners around the world face persecution, your steadfast practice and determination to answer injustice with dignity serves as an inspiration to many. Your advocacy for truthfulness, compassion, and forbearance in the face of persecution is humbling.” 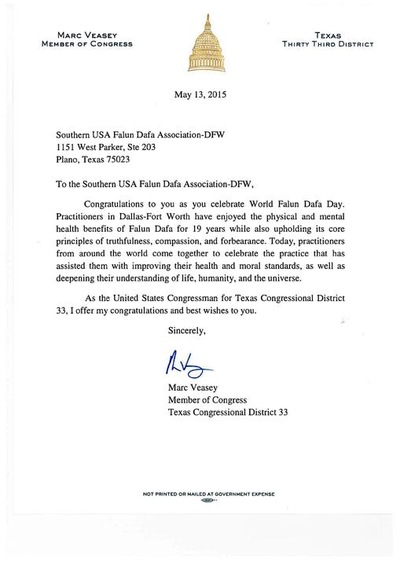 U.S. Congressman Marc Veasey of Texas Congressional District 33 wrote in his letter, “Practitioners in Dallas-Fort Worth have enjoyed the physical and mental health benefits of Falun Dafa for 19 years while also upholding its core principles of truthfulness, compassion, and forbearance.” 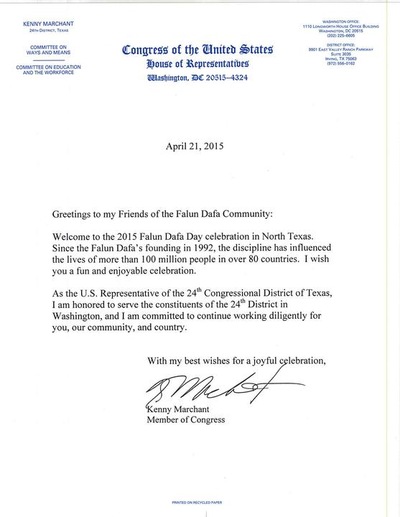 U.S. Congressman Kenny Marchant wrote, “Since the Falun Dafa's founding in 1992, the discipline has influenced the lives of more than 100 million people in over 80 countries. I wish you a fun and enjoyable celebration.”