(Minghui.org) Mr. Liu Guisheng, a resident of Huairen County, was sentenced to three years in prison in December 2014 for distributing Falun Gong informational materials. His family appealed his case at the Shuozhou City Intermediate Court.

The court did not send a trial notice, to be convened on March 19, to Mr. Liu, his family, or to Zhang Kai, the defense attorney. Attorney Zhang and Mr. Ku's family thus did not have time to prepare for Mr. Liu's defense.

Attorney Zhang questioned presiding judge Guo Zhenyi about the illegal trial procedure. Guo claimed that there was no need for a trial notice for this case. However, when attorney Zhang asked him for the regulation or law that covered such an action, Guo had no answer.

Zhang demanded that the trial be postponed. Guo then adjourned the trial until further notice. 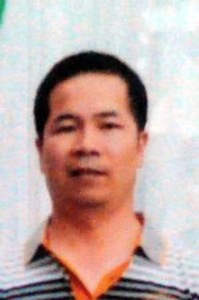 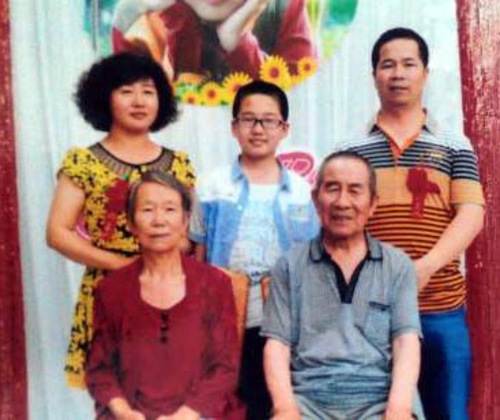 Mr. Liu Guisheng and his family

Mr. Liu's family requested the case files from the court on February 16. However, Zhen Xin, one of the judges appointed to handle this case, rejected their request. When Mr. Liu's family asked Zhen to issue a notice documenting his decision, he refused to do so.

Mr. Liu's family went to the court again on March 2 to request a meeting with Mr. Liu. But Judge Zhen Xin turned them away and told Mr. Liu's family to sue him if they wanted.

Mr. Liu's family sent 18 letters to relevant departments, demanding action with regards to Zhen's violation of legal procedure. At the trial, the family demanded that the presiding Judge remove Zhen Xin from the panel since he would not be impartial. However, the presiding judge ruled against the request.

Mr. Liu was arrested on July 1, 2014. His car and other personal belonging were confiscated. His wife, mother and mother-in-law went to the local 610 Office to request his release on July 10, but were arrested. His mother lost consciousness during the arrest and was taken to a hospital.

He was tried on December 9 and sentenced to three years.