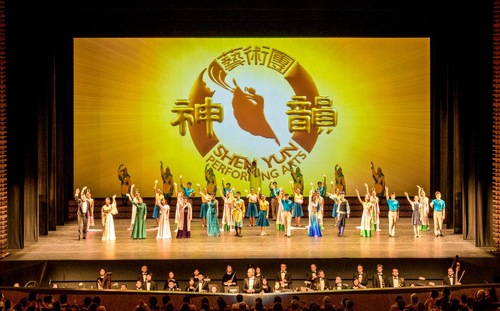 Matinee performance at the Tokyo Bunka Kaikan on April 21 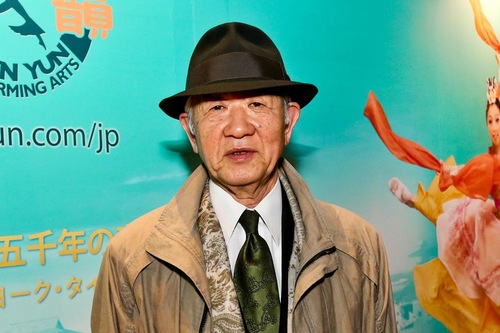 “Shen Yun is different. It is an art, but it is also full of positive energy that touches our hearts,” said Mr. Shima Takahiro, chairman of a Japan design association, after attending the Shen Yun performance on April 15 at the Hyogo Performing Arts Center.

Moved by the dance "The Power of Compassion," he said, “The storyline of returning good for evil is very touching. The abusive policeman was finally moved by the power of kindness. The Shen Yun show presents very profound spiritual connotations. Shows like this are few and far between.

“Nowadays, whether in Japan or the United States, some artistic performances may appear to be exquisite, but they are soon forgotten. Shen Yun, however, is something special … It leaves behind a special feeling in the bottom of our hearts,” he explained. 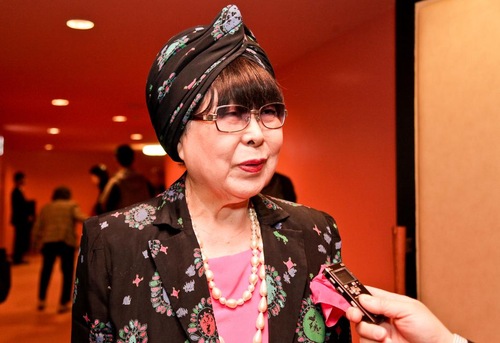 “Shen Yun's colors are so beautiful. It offers inspirations for my design,” she added.

Executive Director: “Pleasure for the Senses and the Heart” 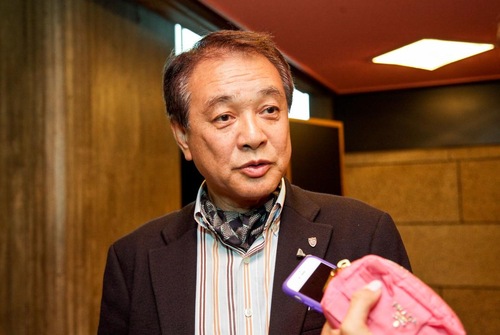 “Astonishing! It really touched my heart. It is a feast of glorious history and culture. It moved me body and soul!” exclaimed Hayashi Masaaki, executive director of an environmental company.

“Watching Shen Yun is a pleasure for the senses and the heart. Even now, the feeling still lingers. I'm not going to do anything except share the good feelings with my family,” he said in describing the impact Shen Yun had on him.

“As I was watching the performance, tears of appreciation welled up in my eyes,” he admitted.

He also shared his outlook for Shen Yun: “The world is changing constantly. Shen Yun will definitely be able to perform in China one day.”

Bulgarian Conductor: “The Gods Were with Us Today” 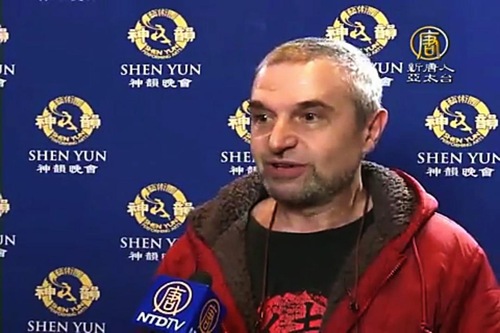 “Shen Yun is a first class performance, mysterious and profound,” said Stoyanov, a conductor from Bulgaria, after seeing the performance on April 21 with his three children.

“Watching Shen Yun is the highest happiness,” he said. “The giving spirit of Shen Yun artists has filled the theater. Today's show really touched my heart. I am filled with appreciation. I cannot find words to describe it except to say that the gods were with us today.” 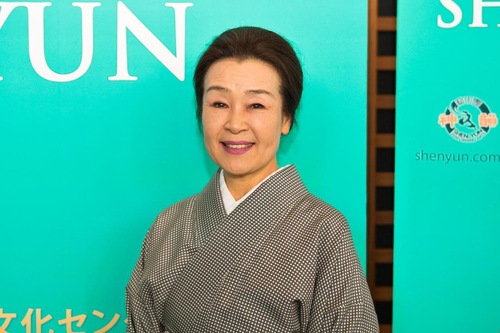 “It reminds people of ancient China, which was both refined and rooted in profound tradition. I am completely in awe,” said Tachibana Shino, a dancer from the classical Japanese dance school of Tachibana Ryu. She saw Shen Yun in Nishinomiya.

“The beauty expressed in the dances shows a China that is different from the country today,” she said. “Seeing the rich story lines presented in Shen Yun is like reading different, compelling short stories about Chinese history.” 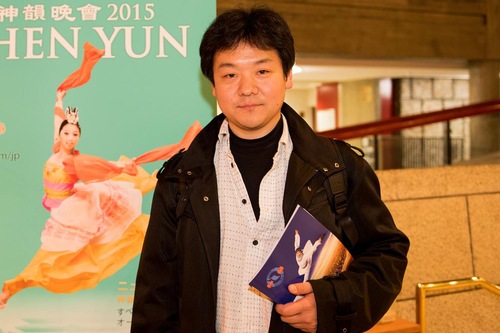 “I was impressed by the synchronization between the music and backdrop and the unique blend of Western and oriental instruments. The values of Truthfulness-Compassion-Forbearance conveyed in the performance touched me deeply,” said trumpet instructor Yosihiro Samata, after attending the Shen Yun performance on April 18 in Tokyo.

“A reflection of 5,000 years of Chinese culture--quite an accomplishment. In particular, some of the stories in the program are familiar to Japanese. The dances are exquisite and the costumes are vibrant.”

Impressed with the piece "The Power of Compassion," he noted, “The evildoers are repeatedly advised to be good. Although they are evil, they are never attacked. It takes a lot of courage and compassion. I think it’s wonderful.”

Shen Yun will continue to perform in Asia in Gunpo, South Korea on April 24 – 26. For more information on tickets and dates, please visit http://shenyun.com

“Dafa Practitioners Are One Body”