Treatment of Falun Gong in Taiwan and Mainland China: A Stark Contrast

(Minghui.org) Three thousand Falun Gong practitioners in Taipei, Taiwan gathered in front of the Presidential Palace on April 19, 2015 to commemorate the April 25 peaceful protest that took place 16 years ago in Beijing. The plea of practitioners to have their legal right to practice be recognized has gone unanswered in mainland China. 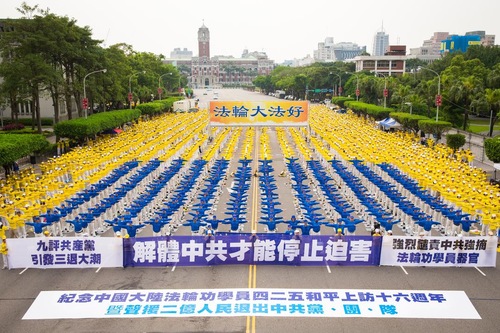 3,000 in Taiwan demonstrate the Falun Gong exercises in front of the Presidential Palace

A Different Attitude Across the Strait

The Presidential Palace in Taiwan is what Tiananmen Square is to mainland China. While Taiwanese witness the peaceful Falun Gong group, such a scene has not been seen in Mainland China in the past 16 years.

Three months after the peaceful protest on April 25, 1999, the Chinese Communist Party (CCP) launched a nationwide persecution campaign against Falun Gong. According to Minghui's incomplete statistics so far, at least 3,858 practitioners have died in the persecution as a result of torture. Tens of thousands of practitioners have been imprisoned or disappeared, and their families torn apart.

The commmunist regime has gone so far as systematically harvesting organs from living Falun Gong practitioners. This heinous crime has been exposed widely and condemned by the international community. 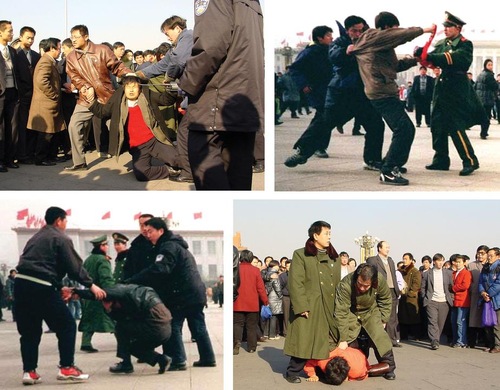 In Taiwan, however, Falun Gong is widely supported, including by law enforcement. Mr. Tsai, the event coordinator, recalled that a police officer told him, “Falun Gong practitioners bring more positive energy and hope to this country.” Several officers on duty listened to a practitioner sharing the health benefits of the practice. They said they would introduce their family and friends to the practice. 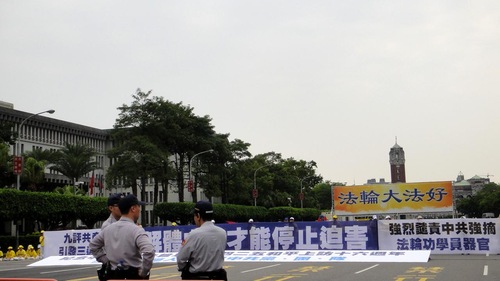 Police in Taiwan watch as practitioners hold their activities 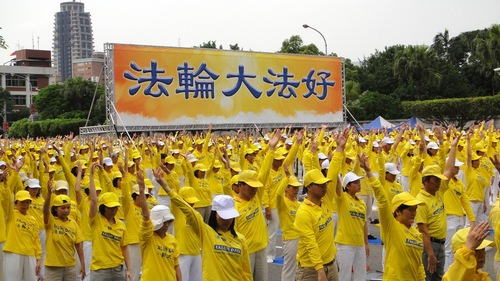 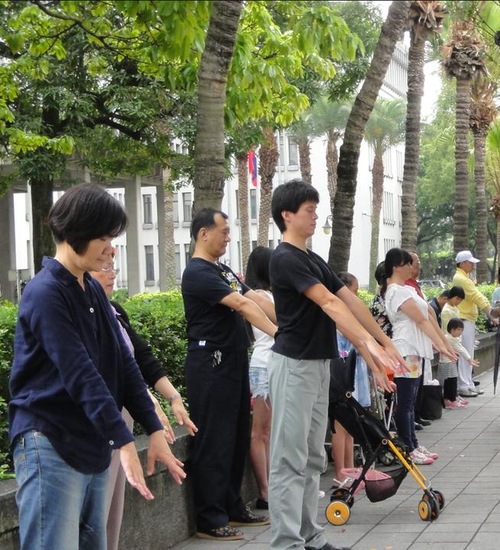 Many passersby were drawn to the grand scene of nearly 3,000 practitioners demonstrating the Falun Gong exercises.

Mr. Chen said he heard about the healing power of Falun Gong from media reports. Mr. Zhuo came to support practitioners' courage. He said that the communist regime had eradicated traditional Chinese culture by promoting atheism, and that is why something like forced organ harvesting from living practitioners can happen in China.

Mr. Zhuo praised the courage of practitioners to stand up for justice and let more people know about the persecution and said that this is the only way to end it.

On April 25, 1999, over 10,000 Falun Gong practitioners quietly held a demonstration in Beijing with three demands: that practitioners arrested and assaulted by police in Tianjin in the two days prior be released, that their legal right to practice be recognized, and that the ban on publishing Falun Gong materials be lifted. The demonstrators left peacefully later that day. The Chinese Premier Zhu Rongji then met with Falun Gong representatives.

Zhu agreed to release the Tianjin practitioners and gave assurances that the government did not oppose Falun Gong. The protest was the largest and most peaceful demonstration in modern China.

The Chinese Communist Party three months later initiated the brutal persecution of Falun Gong. Thus, the peaceful demonstration of April 25 marked the beginning of Falun Gong's 16 years of non-violent resistance to the persecution.