Teeth Pulled, Knocked Out, or Broken from Force-feeding and Beating

(Minghui.org) Detained Falun Gong practitioners who refuse to renounce their belief are often forced-fed and beaten, both of which often result in dental injuries.

As practitioners struggle during force-feeding, their tormentors resort to all kinds of devices to pry their mouths open, often damaging their teeth and gums.

The perpetrators also have no reservations about punching practitioners in the face, frequently leading to traumatic dental injuries.

In this article, we present a few cases from Handan City, Hebei Province of how Falun Gong practitioners got their teeth knocked out, broken, or removed as a result of force-feeding or beatings.

Mr. Ma Yulin from Baoding City, Hebei Province, was severely tortured at the Handan Forced Labor Camp for refusing to give up his belief in Falun Gong. When he went on a hunger strike to protest the persecution, guards Gao Jinli, Xing Yansheng and Gao Fei then tied him up and tried to force-feed him.

Mr. Ma clenched his teeth shut and refused to do as they ordered. The guards then pried open his mouth and pulled out all of his molars with pliers before force-feeding him. 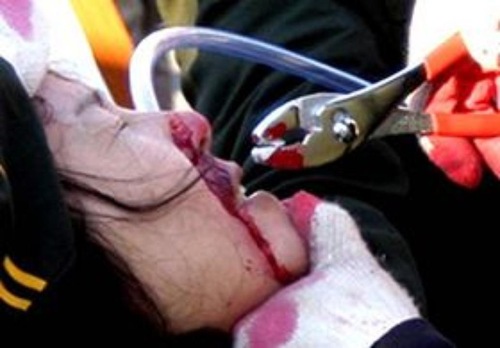 Teeth knocked out after Punch to the Face

Mr. Wang Zhiwu from Handan City in Hebei Province was held in the Handan Forced Labor Camp in 2005. The guard punched him in the face when he saw that Mr. Wang had written “Falun Dafa is good, Truthfulness-Compassion-Forbearance is good” on the wall. Two of his teeth fell out, along with a mouthful of blood. 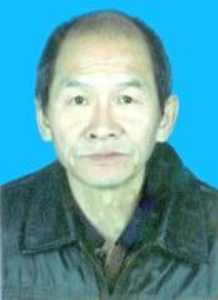 Ms. Liu Liping from Shahe City, Hebei Province, was arrested in May 2012 for telling people about the persecution of Falun Gong. At the local police station, a officer interrogated her and demanded to know her name. When she didn't answer, he got angry and started hitting her in the face. Her front teeth were knocked out.

Ms. Liu Kaofeng, an elderly woman from Handan City, was arrested in October 2014. After director of the Huoshui Police Station Guo Hongjie told officers to tie Ms. Liu to a chair, they slapped her face in turn, knocking out one of Ms. Liu's teeth. Her whole face swelled up.

Ms. Song Fengju from Handan City was held in the Jize County Detention Center in November 2001. The director of the detention center held her by the hair and slapped her in the face for more than 10 minutes because she would not renounce her belief. Guard Meng Fanhong hit her in the head with a basin until the basin broke. Guard Meng used a broomstick to hit her head, again until the broom broke.

Ms. Song started a hunger strike to protest the persecution, but the guards force fed her, damaging her internal organs. She kept vomiting blood. One time, the guard couldn't find a screwdriver to pry her mouth open, so they used the long iron nail instead. The rusty nail opened a half inch cut on her gum.

Mr. Li Jianguo from Handan City was detained twice in 2001. When he was force fed in the local detention center, his teeth were pried open until they broke.