(Minghui.org) Falun Gong practitioners from Bucharest, Romania held an event on April 5, 2015 at Union Square, exposing the persecution in China, and collecting signatures against the state-sanctioned organ harvesting atrocities. During the event, more than 150 people signed the petition initiated by the organization Doctors Against Forced Organ Harvesting (DAFOH). 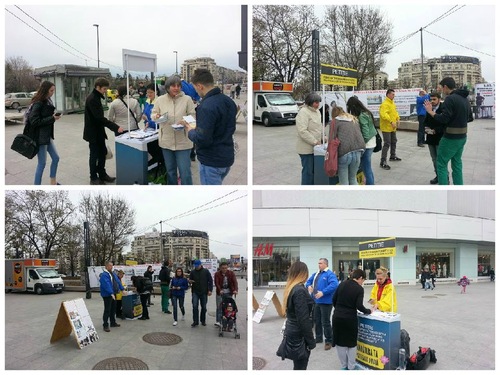 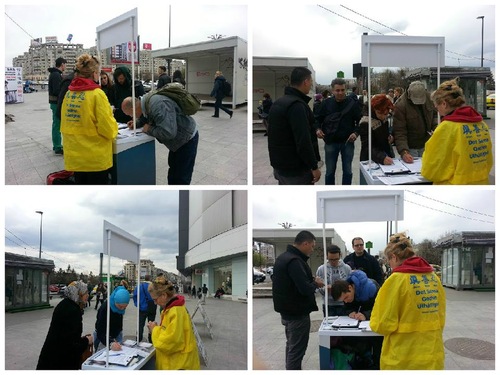 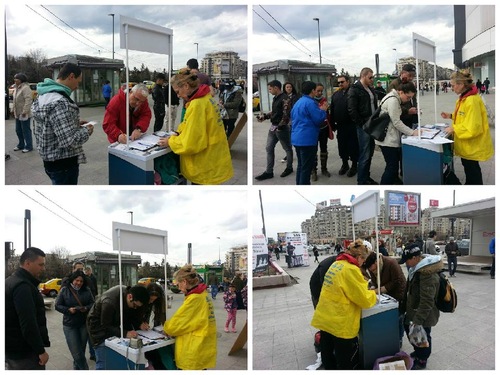 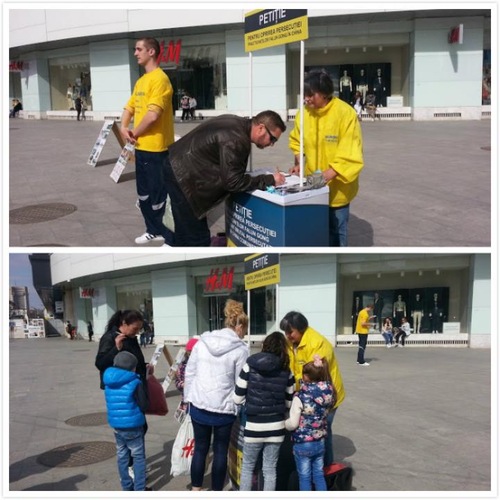 Several people who stopped to sign the petition said that they had heard about the organ harvesting crimes in China. Some said they were glad to have a chance to do something to help.

A 62-year-old woman said she was very familiar with the issue, as she had encountered Falun Gong many times. “When I traveled in America and Australia, I saw several Falun Gong events. In front of the White House, I saw an old lady several days in a row telling tourists about the persecution. That was pretty impressive,” she told a practitioner.

Mr. Andrei said he hadn't heard about Falun Gong before. He talked to a practitioner for a long time, and asked many questions. He was shocked by the brutality of the persecution.

“The communist party has committed so much evil. They have gone too far,” Mr. Andrei said. He asked how he could help. The practitioner told him that one of the best ways is to let more people know about the persecution.

“I will try my best,” Mr. Andrei promised. “If everybody puts pressure on the Chinese Communist Party, hopefully the persecution will end soon.”

“What Are These So-Called “Conventional Organ Sources?””