(Minghui.org) Though we've made many scientific advances in the field of medicine, disease still remains a problem. Recent medical studies have recognized a connection between the mind and body that may affect health, but there are still many mysteries to solve.

Falun Dafa, a mind and body practice derived from ancient Chinese culture, has helped millions of people around the world attain mental and physical health.

But the benefits don't stop there: The practice has also helped its practitioners improve their character with the principles of Truthfulness-Compassion-Forbearance. The deep spiritual base cultivated by the practice may be one of the reasons that so many Falun Dafa practitioners in China are able to uphold their belief despite the brutal 15-year-long persecution.

Although the three people profiled in the following accounts are victims of persecution, they are examples of those who have not given up their belief.

Mr. Jiang Guobo, a former Political and Legal Affairs Committee (PLAC) cadre in Weifang, Shandong Province, was arrested 13 times and sent to a forced labor camp three times after the persecution of Falun Gong started in 1999. He was released from Shandong Prison in February 2014 after serving a five-year sentence.

Mr. Jia Zhijiang was sentenced to five and a half years in March 2014 for his efforts to rescue other practitioners. He is currently incarcerated in Jidong Prison in Tangshan, Heibei Province.

Ms. Xu Qingyan from Liaoning Province was arrested five times after the persecution of Falun Gong began. She has endured four years of imprisonment for her belief. While still in critical condition from being tortured in Dabei Prison in Shenyang, she had to leave home in 2009 to avoid further persecution.

In his early 30s, Mr. Jiang Guobo developed hepatorenal syndrome, also known as “alternative cancer” – a terminal disease. Worse yet, his father was in the late stage of lung cancer. The family had already prepared for the old man's funeral. This was 1994.

In June 1995, Mr. Jiang came across the Falun Dafa lecture videos. After watching them, he felt comforted and at ease, as if he were temporarily healthy again. In fact, within a month of starting the practice, Mr. Jiang was disease-free. A 1997 blood test confirmed that his liver and kidney problems had disappeared.

Soon after, he introduced the practice to his parents. His father started practicing Falun Gong in July 1995. During a visit in October 1995, Mr. Jiang had a pleasant surprise: his father was able to work in the field during the harvest!

Mr. Jiang has also improved his work ethic by following the principles of Truthfulness-Compassion-Forbearance. When he was an official in Qingzhou City under the jurisdiction of Weifang, he drilled wells and built roads for the local villagers. Whenever he visited the villages, the villagers would set off firecrackers to welcome him as a respected official.

“Falun Dafa Gave Me My Son”

A chef, Mr. Jia Zhijiang discovered in 1994 that he wouldn't be able to have children. He was in despair and used all his money to try to get the problem fixed. Because he was from rural China, he was under great pressure to have a child in order to continue the family bloodline.

He heard about Falun Dafa in 1996. Practicing Truthfulness-Compassion-Forbearance helped him improve his temperament; he no longer angered easily or held grudges.

He became immersed in Dafa's kind energy field and stopped worrying about his problem. He married in 1997, and, soon after, his wife got pregnant.

He knew that Dafa had healed him. His toothache and migraines also magically disappeared.

After the persecution started in 1999, his wife Li Rongmei tried to persuade Mr. Jia to stop practicing Falun Dafa. But she never succeeded. She couldn't understand why until Mr. Jia told her that he would not have been able to have children without Falun Dafa.

Ms. Li was shocked initially, but soon joined him in practicing Falun Dafa. Their son is now quite healthy. As Mr. Jia puts it, “Falun Dafa gave me my son.”

The Secret Behind a Big Change 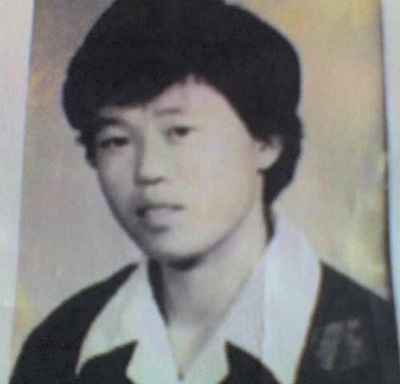 Before taking up Falun Dafa, Ms. Xu Qingyan had many ailments, including thyroid cancer, which normally requires immediate surgery. Since her family was poor, Ms. Xu could not afford the operation, so her tumor continued to grow. She was also constantly in pain due to other health problems.

It was a tragedy that such a young woman should lose her mobility. Only 30 years old, she often cried, feeling hopeless. Her suffering made her impatient and resentful, and she often vented her anger on her mother. Her mother loved her dearly, so she was always very tolerant. But as Ms. Xu's illnesses began to worsen, so did her relationship with her mother. Her mother eventually moved away and lived with her older daughter.

On December 12, 1997, Ms. Xu began practicing Falun Dafa, and before long, all her diseases disappeared. This was the very first time in her life that she experienced the feeling of being illness-free. It was a feeling hard to describe. She then quickly read Zhuan Falun and began following the principles of Truthfulness-Compassion-Forbearance.

Knowing that she had been disrespectful to her mother, Ms. Xu was extremely remorseful. Without any hesitation, she went to her older sister's house and knelt down to beg her mother for forgiveness.

Her mother was so touched that she burst into tears. Her sister was startled and said, “It has only been a month and yet you have changed so much. Falun Dafa is indeed miraculous!” Ms. Xu has since respected her mother and cared for the people around her. She was able to again work in the fields and even volunteered to look after her elder sister's orchard.

“I Don't Have to Worry about My Daughter”

“Witnessing the Wonders of Falun Dafa”