(Minghui.org) Rob Anders, Canadian Member of Parliament, said in a recent telephone interview that he was not surprised that so many Chinese people have lost faith in and respect for the Chinese Communist Party (CCP).

According to the Global Service Center for Quitting the Party, as of this writing, more than 195 million Chinese people have quit the CCP and its associated organizations.

Mr. Anders gave two reasons why he believes the Chinese people are quitting the Communist Party. First, he said, is that Marxism is foreign to China. “It is not natural to Chinese culture. The writings of Karl Marx were injected into a culture that has thousands of years of history and a tremendous heritage.”

The second reason for disillusion with the CCP is corruption of the party. Mr. Anders said that after being in power for a few decades, any idealism within the party is gone. Communist Party officials are now severely corrupt, committing financial and sexual abuse, confiscating land, and enriching themselves through bribery.

“All of these things indicate that the upper level of the Communist Party has become corrupt. It does not surprise me that a lot of people have lost faith and respect for a system that lives under such corruption,” said MP Anders.

Referring to the worldwide trend of quitting the Chinese Communist Party, Anders remarked, “They [the Chinese people] need to find a nonviolent way of publicly expressing their opposition to the regime.” 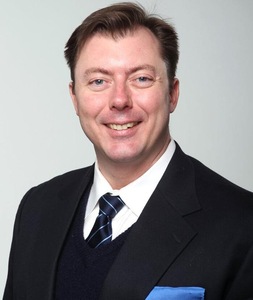 Falun Gong practitioners in Toronto often hold activities at tourist destinations to tell the public, especially visitors from China, about the Communist Party's persecution of Falun Gong. They offer an avenue for Chinese people to publicly announce their withdrawal from the party.

Ms. Zhang, a volunteer for the Service Center for Quitting the Party, said, “We can all sense the dramatic change in the Chinese people. A few years ago, Chinese tourists did not respond to us enthusiastically. Sometimes we even had to face abuse. But nowadays, most of the tourists are friendly and willing to listen to us. Many of them are glad to have a chance to quit the Party.”

On March 2, 2015 practitioners held a “Great Wall of Truth” event at the intersection of St. George St. and Bloor St. in downtown Toronto. Dozens of prominently placed banners exposed the crimes of the Chinese Communist Party, including the state-sanctioned organ harvesting from living Falun Gong practitioners.

Within just a few hours, hundreds of passersby signed the petition to condemn the persecution of Falun Gong in China. Many Chinese tourists and students quit the party with the help of practitioners. 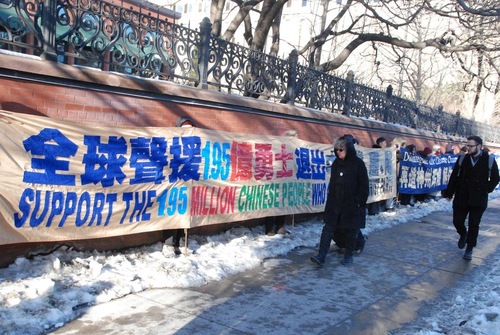 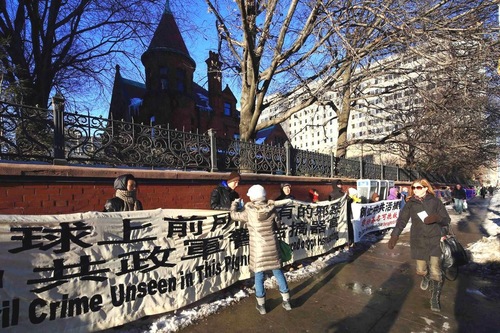 The Great Wall of Truth 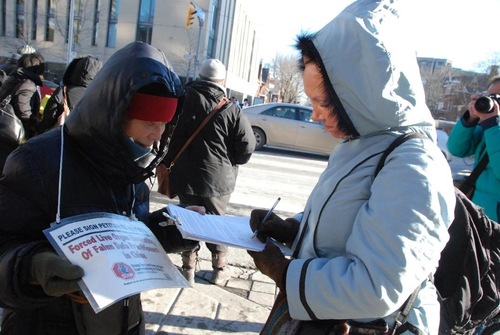 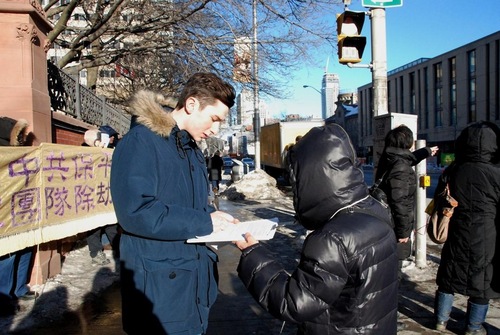 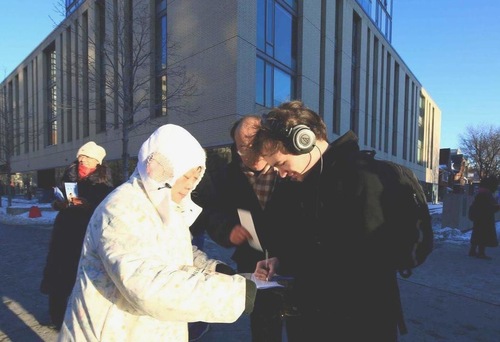 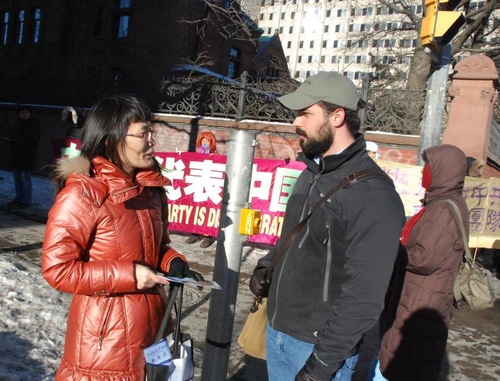 Although winter is not the tourist season in Toronto, there are many Chinese government officials who know very well the corruption of the party. Many of them carefully viewed the practitioners' materials, and some announced their withdrawal from the CCP.

A group of tourists from Tianjin, China, talked to practitioners for a long time and expressed their support.

Another Chinese gentleman said to practitioners, “You have told me a lot of things. What I like the most is that Heaven is going to eliminate the Communist Party. It is a tyrannical and violent power. Nobody likes it. I hope you will keep up your work.”

Anthony Scott, a University of Toronto student, said that any type of suppression of belief is unacceptable. He said that if the Communist Party uses violence to suppress belief, “then it is good thing that people quit it. It would be better if the party is overthrown,” he said.

Scott hopes that the Western world, including the US and Canadian governments, stand together and say “No!” to the Chinese Communist Party, telling them that persecuting Falun Gong is wrong.