(Minghui.org) The Parliament of Canada Subcommittee on International Human Rights released a statement condemning the harvesting of organs from living Falun Gong practitioners imprisoned for their beliefs in China, citing “persistent and credible reports of systematic, state-sanctioned organ harvesting from non-consenting prisoners of conscience.”

The subcommittee “...expresses its deep concern over credible allegations that prisoners of conscience and members of religious and ethnic minority groups, including but not limited to practitioners of Falun Dafa and Uighurs, in the People's Republic of China are being executed for the purposes of harvesting and transplanting their organs.”

The above was published on February 3, 2015 in an amended statement by the Parliament of Canada Subcommittee on International Human Rights of the Standing Committee on Foreign Affairs and International Development.

The original statement was passed on November 6, 2014. The amendment was passed after two hearings with testimony by David Matas, David Kilgour, Ethan Gutmann, and Doctors Against Forced Organ Harvesting. 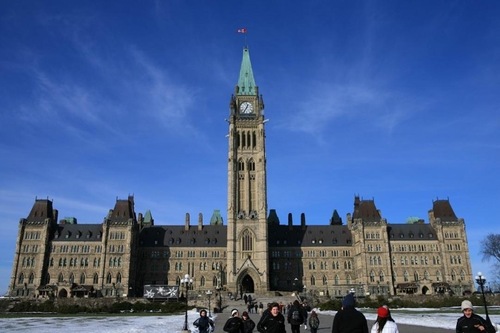 The subcommittee adopted the amended statement after hearing testimony that “the gap between the supply of and demand for donor organs has given rise to a number of unethical and illegal practices. Individuals on transplant lists often must wait years for an organ to become available legally in Canada or elsewhere.

“Desperate to live, these individuals may decide to travel abroad for the transplant, to a country where they can purchase an organ. Sadly, the organs in this global trade are often taken without consent from the world's poorest people and from those most vulnerable to exploitation.”

“Witnesses indicated that police, military and medical professionals in a number of regions of China were involved in illegal organ harvesting, implicating doctors, researchers, hospital and clinical staff, as well as justice sector professionals.”

In its call to end the transplantation of organs from living or deceased donors without consent, the subcommittee:

“encourages Canadian medical professionals, scientists, researchers and their professional organizations as well as regulatory bodies to continue their efforts to put an end to illegal and unethical transplantation practices.”

“calls on medical and scientific professional and regulatory bodies to name, shame and ostracize individuals, institutions and their affiliates involved in the forced harvesting and trafficking of human organs.”

“calls on the Government of Canada to consider ways to discourage and prevent Canadians from taking part in transplant tourism, where the organs have not been obtained in an ethical, safe and transparent fashion.”