Aristocrat: The Performers Are “the Best” 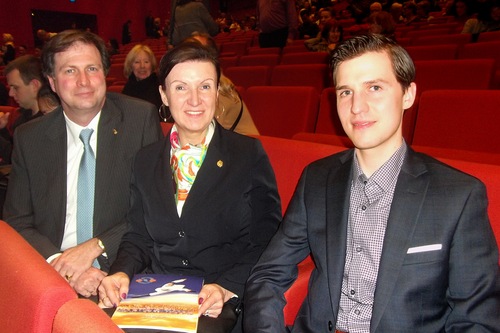 Ms. Herta Margarete Habsburg-Lothringen, who married into one of Vienna's best known aristocratic families, attended the Shen Yun opening show. “Every time we have seen the Shen Yun show, we are amazed,” she said.

This was her third time watching Shen Yun.

In her eyes, the performers “are not only one of the best, but they are the best dancers worldwide. Also, the choreography and the costumes can only be called one of a kind.

“The grace and charisma exuded by the performers is superb and the audience can recognize it... Music and art are a universal language without any barrier, even if one does not understand Chinese.”

President of Johann Strauss Association: “A Feast for the Senses” 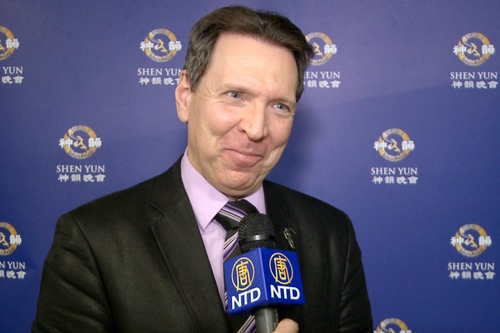 Professor Mag. Peter Widholz gushed about the show, “It was superb. I was deeply impressed with the performance by the dancers and the orchestra.”

Professor Widholz is a well-known tenor and actor who performed in operas and concerts throughout Europe. He branched out in 1996 and now is known for his work in stage direction and as a moderator.

“Shen Yun relieves stress right from the beginning of the show and it released any tension I felt. In short, the energy created on-stage radiated outwards towards the audience and had a relaxing effect, especially on me,” he added.

“The symbiosis of the Eastern and Western instruments were harmonious. In my mind, the combination of these instruments brings the Western audience and Chinese culture much closer … and is perfect in today's world.”

Mr. Wolfgang Gotz, a retired manager of the Vienna Public Housing Association, said, “I am so excited about having seen this show. It was so colorful and full of surprises.”

He said that Shen Yun “has a positive influence on Western culture and could help us return to our roots. The Asian philosophy that heaven, earth and humans are connected may be beneficial towards that end.”

“The artistic rendition was exceptional and I was deeply touched.” On returning home he said he would tell his family, friends and acquaintances that “they must see the show not only because of its superb artistic accomplishments, but also because they will get to know more about the East.” 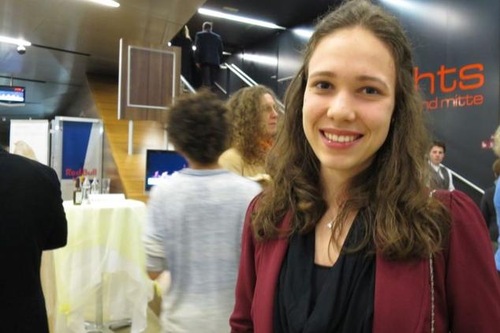 Ms. Hanne Vergauven, a native of Belgium with training in classical dance, said, “I had goose bumps through the entire show... I just don't know what more to say than that it was fantastic.”

Costume Producer: “If only I could touch and feel the materials of the costumes” 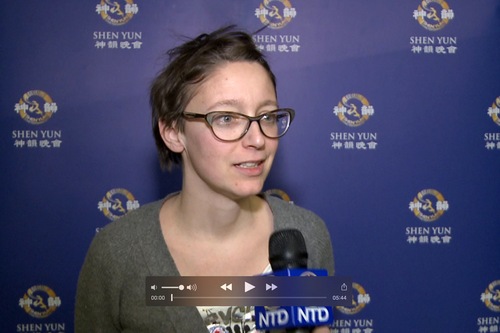 Ms. Anna Pollack, who produces costumes for movie and show performances, was impressed by the costumes of Shen Yun, “If only I could touch and feel the material of the costumes. Their beauty is breathtaking. Just looking at these costumes made my heart beat faster.”

“My heart desires the ability to produce clothes of such beauty that are out of this world.”

“I will take with me the beauty of this show, with much still hidden away in my mind. I find from past experience that I will bring whatever I have seen, but not yet fully absorbed, to light when the need arises.”