(Minghui.org) The petition campaign launched in January 2015 for the release of Falun Gong practitioner Pang You continues to gain support from the general public, with the addition of another 215 signatures and fingerprints, adding to a total of 312 to date.

Supporters' signatures and fingerprints on the petition 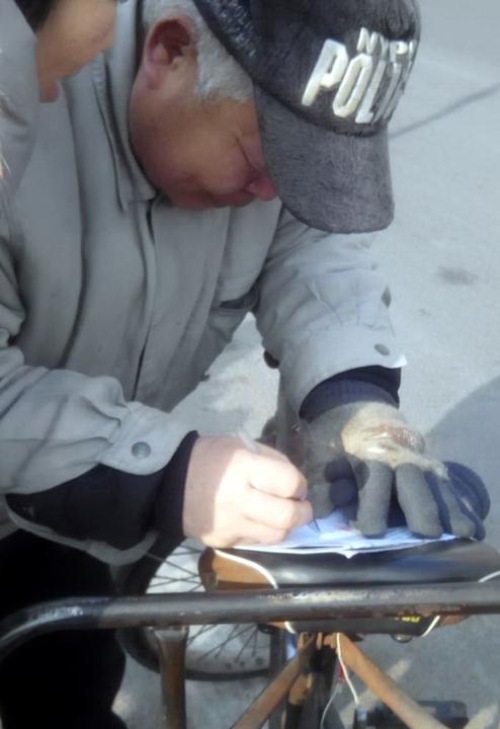 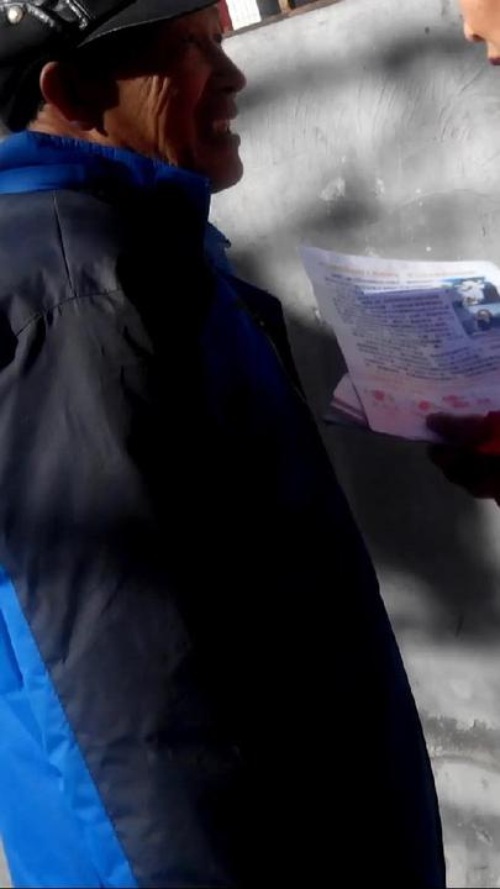 Thanks to the efforts of Falun Gong practitioners over the past fifteen years, more and more people in China have learned about the persecution of Falun Gong by the communist regime and stepped forward to support the practitioners.

Not long ago, more than 10,000 people in Zhangjiakou, a city west of Beijing, signed a petition against the harvesting of organs from living, imprisoned Falun Gong practitioners and demanded to prosecute Jiang Zemin and Zhou Yongkang–two chief culprits responsible for countless atrocities in the persecution.

Practitioners in Beijing are happy to see that more and more residents are showing their support for Falun Gong. Below are some anecdotes from the signature drive.

Support from People Who Identify With Falun Gong

“I support Falun Gong,” a pedicab driver said as he signed the petition, “People say that Heaven will destroy the Chinese Communist Party. Then hurry up! We'll all be saved when the Party is destroyed. Life is so hard for us ordinary people!”

One man didn't take his wife's suggestion to use a pseudonym and signed the petition with his real name. “I'm not afraid. What's there to be afraid of? I don't care if the police come and question me. I've signed the petition. So what?!” he said.

The husband of a local Falun Gong practitioner asked if his signature would help. His wife replied, “When you sign, you are giving your bit of support. You don't need to worry about anything else.” The husband said, “Well, if it helps, I will certainly do it!”

After another practitioner told her family about the persecution of Mr. Pang You and the petition campaign to rescue him, her son signed the petition and added his fingerprint straight away. His grandmother said, “Pang You's mother is already an old lady, and her son was arrested again. How miserable she would feel! We've suffered the same thing in our family. We have to support him.”

After she signed, the practitioner asked her, “What if the police come to bother you?” She replied, “If they dare to come here, I would ask them what crime my child committed and why they locked her up for so many years.”

One practitioner's ex-husband was was misled by the Party's hate propaganda against Falun Gong. He couldn't understand why his wife was so steadfast in the practice. He used to tear up Falun Gong books, forbid his wife to do the Falun Gong exercises, and even hit practitioners. Meanwhile, he indulged in drinking, gambling, and sleeping with prostitutes. When his wife was imprisoned for her belief, he divorced her.

When the practitioner told him about the petition campaign, he thought little of it at the beginning. She said, “You used to treat me badly, but I don't take it to heart at all. I'm showing you the petition because it could help you atone for your wrongdoing in the past. You committed sins by tearing up Falun Gong books.”

Hearing her kind words, her ex-husband signed the petition with sincerity. He also told her, “I had a dream some days ago. I was taking a bus to go back to my hometown, but the bus wouldn't start. Someone told me the bus would only start if I said 'Falun Dafa is good.' It was really strange.”

Support from People Who Benefited from Falun Gong

One woman in a village who had read Falun Gong books told her elderly mother to recite, 'Falun Dafa is good. Truthfulness-Compassion-Forbearance is good.' After her mother did so, her stubborn headache and arthritis that she had suffered for over thirty years disappeared without a trace. She now looks healthy, with a rosy complexion.

When the woman heard about the petition campaign, she said to a practitioner, “If you say it's a good thing, I'll support it!” She then asked, “Can I sign for my parents, too?” After the practitioner explained that people need to sign their own names, she took the practitioner to her home, where both of her parents signed the petition without hesitation.

“Looking Within and Putting an End to Undermining the Fa”