January 27 marks the 70th anniversary of the liberation of Auschwitz-Birkenau. The holocaust memorial day reminded the practitioners of those being killed by the Chinese Communist regime today. The vigil was held near a train station to raise the public's awareness of the ongoing persecution in China. 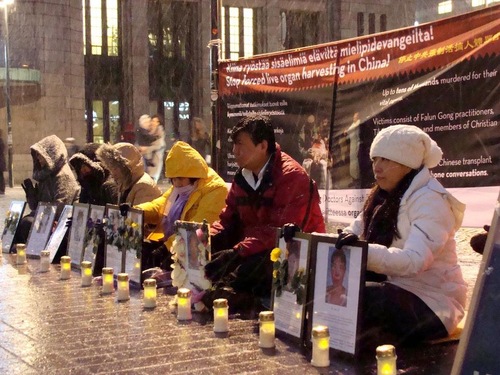 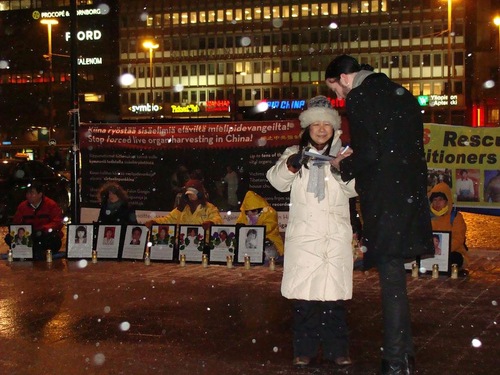 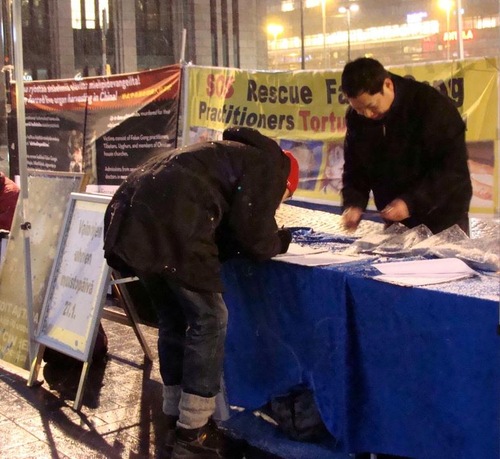 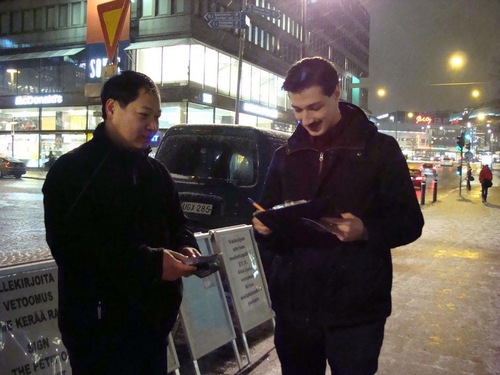 The practitioners held portraits of those killed in China for their belief in Falun Gong. The solemn scene and music drew the attention of passersby, who stopped to learn more and sign the petition condemning the persecution. One said it was “a meaningful thing to do.” Another suggested that the Parliament of Finland should help stop the atrocities in China.

The communist regime initiated its violent campaign against Falun Gong in 1999. The number of verified deaths from the persecution has reached 3,844. These practitioners were either tortured to death or died from abuses inflicted in detention centers, prisons, and labor camps.

The true death toll is much higher, including those killed for their organs to be used in transplants for profit. The actual number is difficult to ascertain due to the ongoing persecution and censorship of such information.