(Minghui.org) Falun Gong practitioner Ms. Xu Hui, a former Beijing resident who emigrated to Germany, has not recovered from the torture she suffered in a Chinese labor camp that left her hands disabled. She also lost three teeth when guards tortured her with a “mouth opener.”

In August 2015, Ms. Xu and her son Mr. Cai Chao filed a criminal complaint against Jiang Zemin, the former head of the Chinese Communist regime who ordered the violent persecution of Falun Gong.

Ms. Xu started to practice Falun Gong in 1995. Because she refused to give up this cultivation practice and petitioned the government to stop the persecution, she was arrested three times and detained in more than ten different locations.

Mr. Cai, also a practitioner, was arrested twice and detained in five locations. They were held in the notorious Masanjia Labor Camp between 2007 and 2009, where they were subjected to the worst torture methods one can imagine.

After Ms. Xu was taken to the Masanjia Labor Camp in October 2007, guards used the “Stretching Torture” on her to force her to give up her faith. Her hands were cuffed to heating pipes, with one hand up and the other hand down. She had to remain in this position for eight hours.

The next month, she was subjected to a similar stretching torture in which both of her hands were cuffed to the upper level of a bunk bed and her feet were tied together. She was kept in this position for 15 hours. The police then lifted her feet, so that her body was in the air and her weight on her wrists. 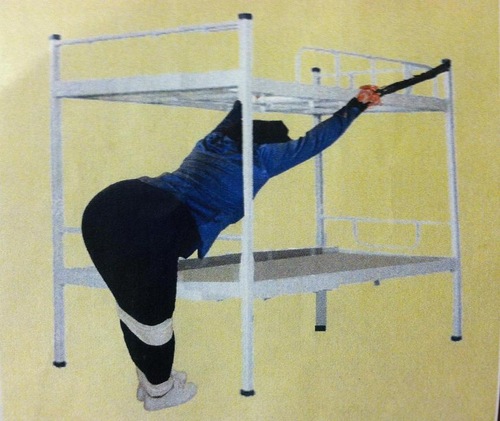 The stretching torture continued for about five days, using different body positions. She could not bend her arms or straighten her waist. It took many days for the wounds on her wrists to heal. Her hands were permanently disabled.

Nevertheless, the guards did not let up. They cuffed one of her disabled hands to a metal bed rail around the clock for two months before releasing her. During these two months, she was not allowed to clean herself or take off her clothes.

After she was released from the labor camp in August 2009, doctors diagnosed her with peripheral nerve damage in both arms.

Soon after Ms. Xu was taken to the Masanjia Labor Camp, she went on a hunger strike to protest the abuse and was force-fed in November 2007. Guards used a devie to force her mouth open, which caused extreme pain and injured the inner skin of her mouth. Each force-feeding took two hours, with the mouth opener applied throughout the process. She was force-fed twice a day for about eight days. 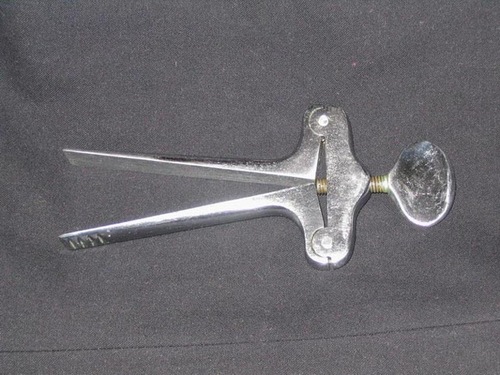 She was again force-fed in June 2008. For nine consecutive days, the guards used the device to stretch her mouth to the extreme for 6 hours every day. Her disabled hands were tied to two sides of a “torture cart.” Her legs were tied to metal pipes on the cart. Throughout the six hours, she was forced to listen to propaganda attacking Falun Gong and not allowed to use the restroom.

A labor camp nurse pushed the mouth opener towards her teeth, causing some to break and others to loosen. She lost three of her teeth as a result.

Ms. Xu was once force-fed wasabi oil, which almost suffocated her.

Ms. Xu's son was in his early twenties when he was arrested with his mother in July 2007. He was also taken to the Masanjia Labor Camp and also suffered the stretching torture. He was unable to lift his arms for more than 20 days after his release.

When Ms. Xu was tortured, the guards forced her son to talk her into renouncing her belief in Falun Gong. Guards also threatened to use the torture on her son if she did not give up her faith.