What Goes Around Comes Around: Persecutors Meet Their Due

(Minghui.org) It has been over 16 years since Jiang Zemin, former head of the Chinese Communist Party (CCP), started the persecution of Falun Gong.

The brutal persecution has led to the deaths of many innocent people. The main perpetrators are part of Jiang's Party faction. Several of them have now been arrested and/or sentenced to prison for bribery and corruption. They include Zhou Yongkang, Bo Xilai, Xu Caihou, Guo Boxiong, Wang Lijun, Li Dongsheng, Su Rong and Zhou Benshun.

As I see it, the bad things that have come into these people's lives is a form of cosmic payback for the misdeeds they carried out in the persecution of Falun Gong. 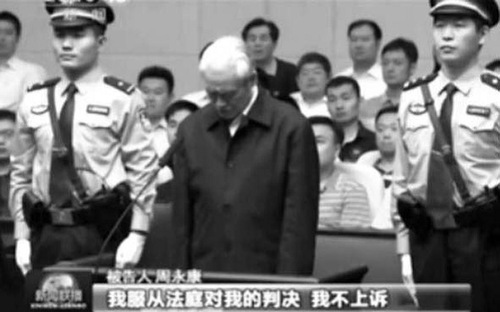 Zhou Yongkang was promoted to Secretary of the Political and Legal Committee of the CCP after Jiang Zemin stepped down. Zhou was in charge of the 610 Office, police, procuratorate, courts, armed police, spies, and diplomacy. He actively carried out Jiang's persecution and committed many crimes.

On June 11, 2015, Zhou was convicted of bribery, abuse of power and the intentional disclosure of state secrets by the Intermediate Court in Tianjin. Zhou and his family members were said to have taken 129 million yuan (over $20 million) in bribes. He was sentenced to life in prison. 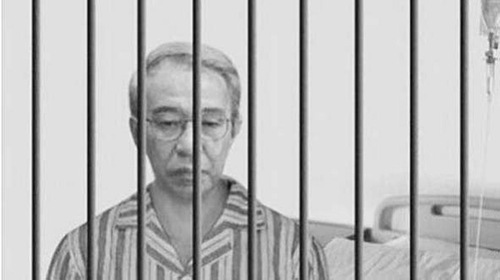 Jiang controlled China for 13 years. He promoted over 530 generals. Xu Caihou, former vice chairman of the CCP's Central Military Committee, was his favorite in the military.

Jiang and Guo Boxiong, another vice Chairman of the Central Military Committee, made the Chairman a mere figurehead.

Both Guo and Xu actively carried out Jiang's orders in the persecution. Under their control, military hospitals conducted organ harvesting from living Falun Gong practitioners.

Third party investigations suggest that about 65,000 Falun Gong practitioners were killed for their organs between 2000-2008.

Both of these men met with rather untimely fates, however. On June 30, 2014, Xu Caihou was transferred to the military procuratorate authorized by the Supreme People's Procuratorate. He died of cancer on March 15, 2015, before trial. Guo was placed under investigation on April 9, 2015 and charged on July 30 for bribery and abuse of power. 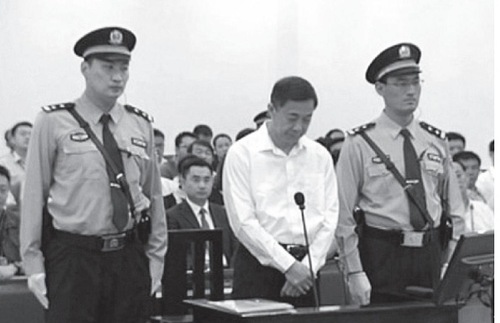 Bo Xilai, former CCP Secretary in Chongqing, while on trial. He was sentenced to life imprisonment.

Bo Xilai, former CCP provincial secretary in Chongqing, was an active participant in the persecution of Falun Gong. He and his wife orchestrated live organ harvesting from Falun Gong practitioners when he was mayor of the city of Dalian. He set up a live donor database containing incarcerated Falun Gong practitioners and had them killed on demand. He was sentenced to life imprisonment on September 22, 2013. 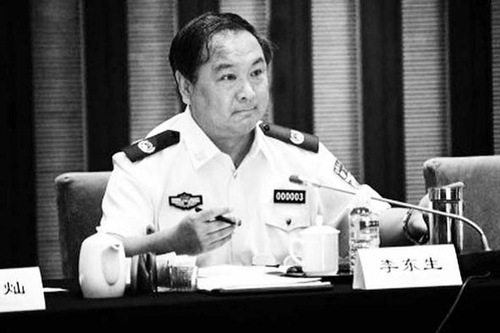 Li Dongsheng was the vice minister at the Public Security Ministry and a 610 Office director. He was promoted to vice minister because of his involvement with the 2001 Tiananmen Square self-immolation hoax. This massive propaganda stunt was very successfully used to defame Falun Gong and intensify the persecution. Li was the general director of the 610 Office from October to December 2013. He was under investigation at the end of 2013 and is now being prosecuted for bribery and corruption.

“Because I refused to arrest you all, my superior threatened to remove me from my post. I said, 'So be it!'” he added.

The practitioner assured him, “You know the truth about Falun Gong and have treated practitioners well, and for that your children and their children will be blessed.”

2. A local police chief is a relative of a Falun Gong practitioner. The chief told his police officers to stop “follow up visits” to practitioners who filed criminal complaints against Jiang. They know that they were breaking the law for harassing plaintiffs. They don't want to get involved.