(Minghui.org) Jilin Women’s Prison is one of the institutions in China where Falun Gong practitioners are persecuted most severely.

The prison, located in Changchun City, established a special ward in 2002 to hold Falun Gong practitioners. Initially known as the “Education Ward,” it was renamed “No. 8 Ward” in November 2012 when the prison moved to a different location in the same city.

No. 8 Ward is an independent ward in a four-story building. The cold and damp ground floor holds the “strict control division,” where practitioners who refuse to give up their faith are detained. They are subjected to daily physical torture and denied all family visits.

Dozens Die of Torture Among 600 Jailed

Since 2002, the ward has incarcerated more than 600 Falun Gong practitioners from across Jilin Province, with the longest prison term being 19 years; some practitioners are in their 70s and 80s, and some are in poor health. 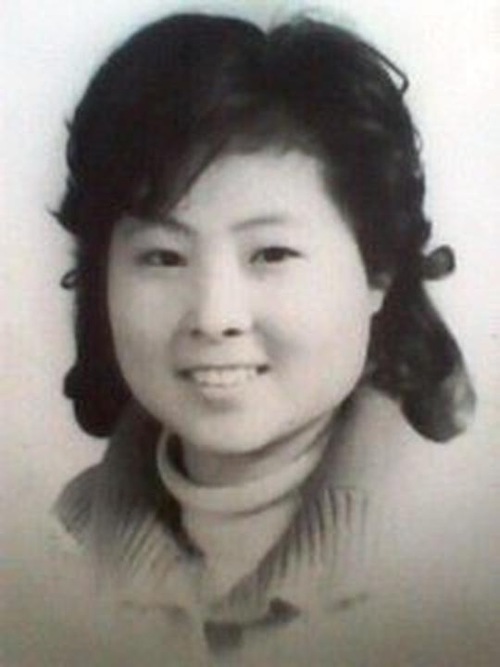 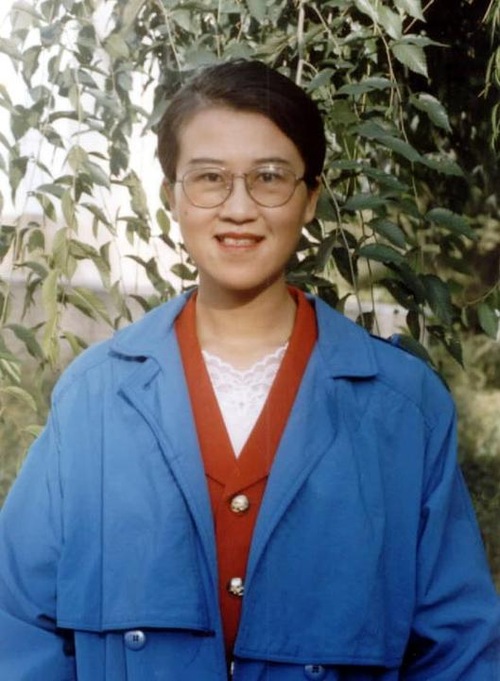 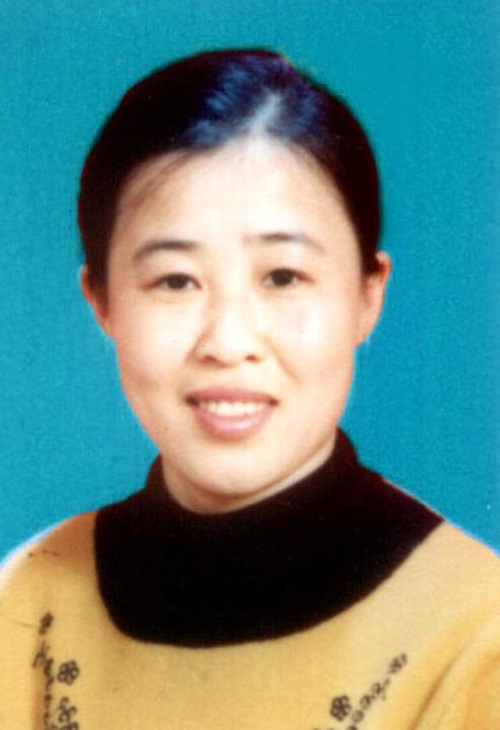 Many more practitioners became crippled or mentally disordered under intensive brainwashing and torture. Meanwhile, Wu Zeyun was promoted to director of the prison for her “outstanding” performance. 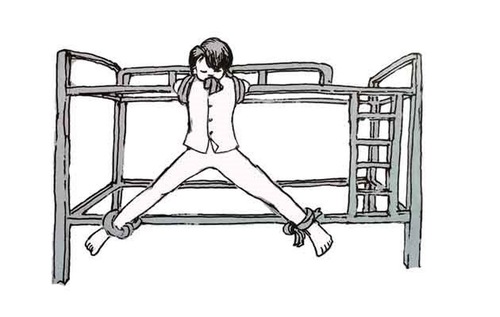 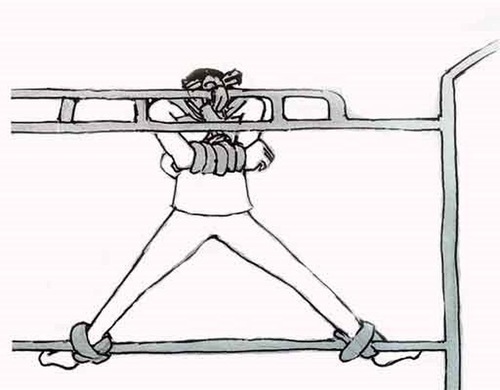 The victim’s arms are tightly tied behind the back and onto the upper frame of a bunk bed. Her legs are split apart with her feet tied to the lower frame of the bunk bed. Her body looks like an airplane. The torture is extremely painful. Within a short time, the victim sweats profusely and hovers between life and death.

Tying Up by Four Limbs 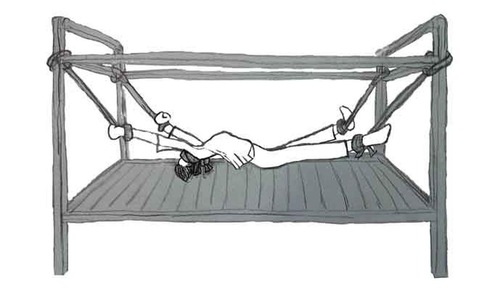 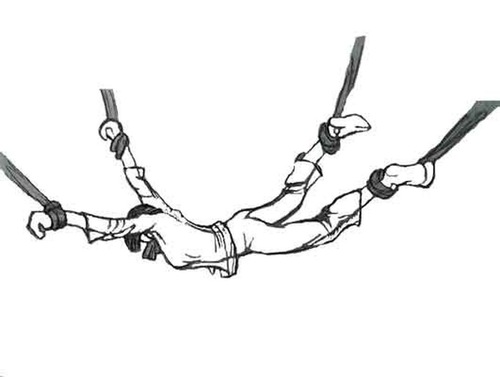 The victim’s limbs are tied tightly onto the four poles of a bunk bed. The limbs are stretched out so that her body is lifted up. Her entire weight falls on her wrists and ankles, causing the victim excruciating pain and misery. As if the suffering were not enough, the perpetrators might also tie up the victim with her face down, exerting even more pain.

Practitioners are often bound and forced to stand without moving in one position for long periods of time. 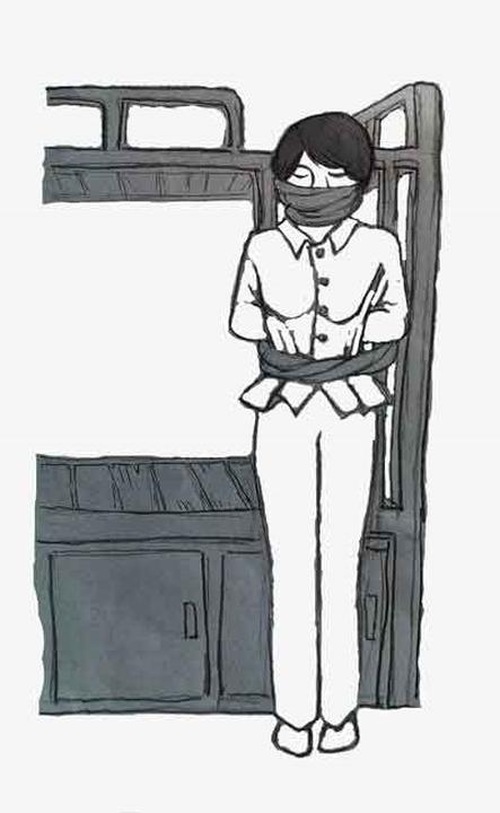 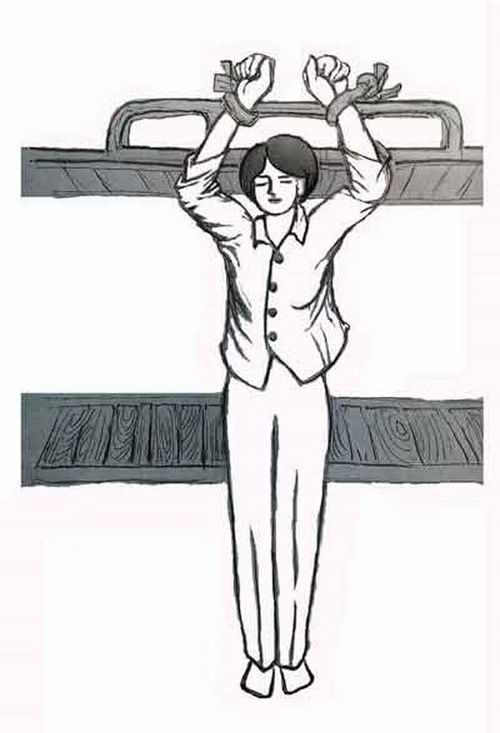 Sitting on a “Small Stool” for Hours

Sometimes, practitioners are forced to sit without moving on a low stool with a rough surface for a long time. Many victims’ buttocks became raw and infected as a result.

The leg-splitting torture has perpetrators forcing the victim to sit on the floor, then forcibly splitting her legs wide. They press the victim's head down until it touches the floor. At the same time, the victim’s arms are twisted to the back, causing her unbearable pain and suffering. 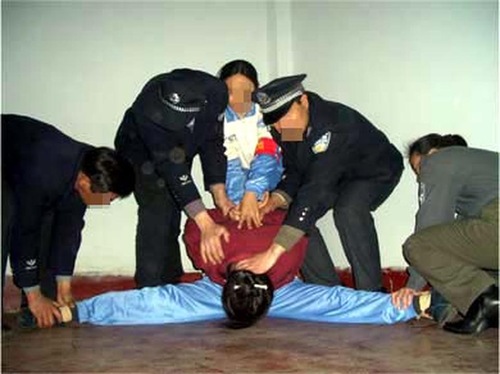 Bending Over Against a Wall 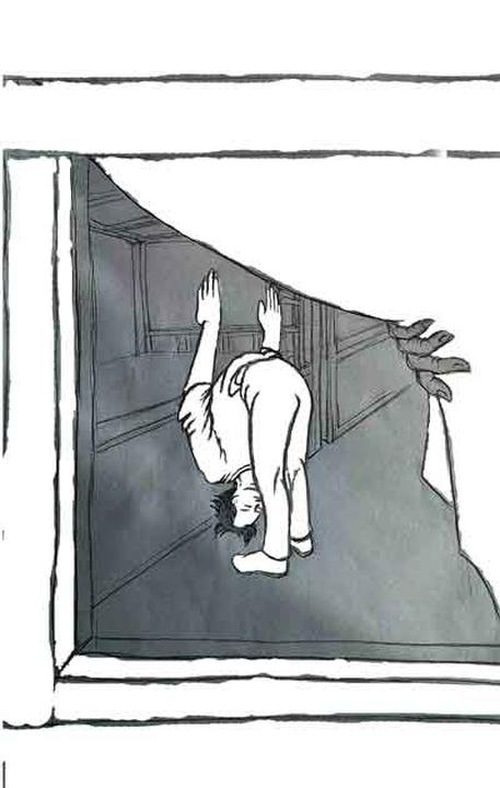 Torture Reenactment: Bending down against a wall with arms pushed up

Winter in northeastern China is extremely cold, with average temperatures around -26°C (-15°F). Cells are not heated. Perpetrators open the windows and pour cold water on practitioners’ bedding. Sometimes, practitioners are forced to sleep on wooden boards in thin clothes with no bedding at all.

“Drowning” is another form of torture. Perpetrators would hold the victim’s arms and press her head into a large container of cold water until the victim almost passes out. 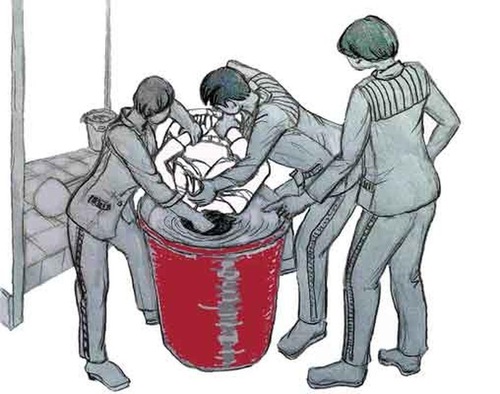 With the ongoing movement to prosecute Jiang Zemin, former head of the Chinese Communist Party who launched the persecution of Falun Gong in July 1999, more and more horrific crimes are being brought to light. Voices demanding that the perpetrators be brought to justice are also growing louder in China.

“Awareness and Support of Falun Dafa Increasing Among Chinese People ”