(Minghui.org) Mr. Zhang Yin, an engineer, and his son Mr. Zhang Lianming have filed a criminal complaint against the former Chinese dictator Jiang Zemin. The brutal suppression of Falun Gong resulted in the death of his wife Ms. Du Fenglan.

Between January 2000 and November 2012, Ms. Du was arrested seven times, her home was ransacked six times, and she was taken to the local brainwashing center twice. She was given two years in a forced labor camp and a three-year sentence in prison because she would not give up her belief in Falun Gong. She died on November 9, 2012. 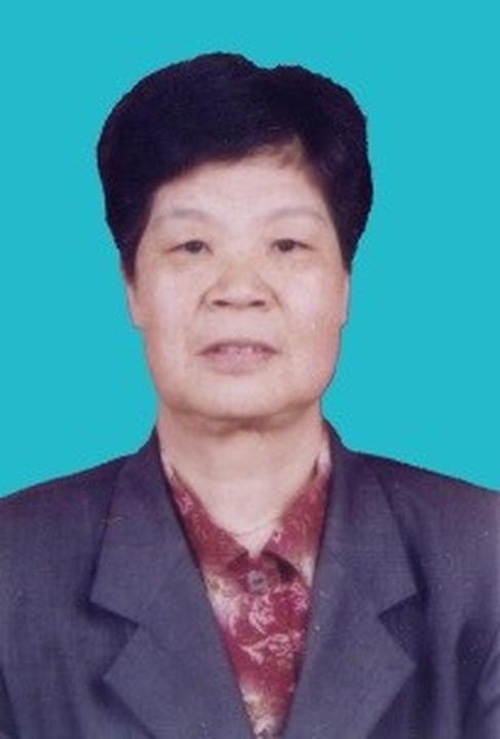 Detained and Pension Stopped for Appealing in Beijing

Ms. Du had suffered from late stages of breast cancer, but she became healthy again one month after she practiced Falun Gong.

After the persecution started in 1999, she went to Beijing to appeal on January 29, 2000, for the right to practice her belief. She was arrested in Beijing and was later returned to Nanjing City, her hometown, and detained for 30 days.

Her pension was stopped by her company because of her appeal, and her family was forced to pay the authorities 10,000 yuan.

After her release, Ms. Du was still monitored by the local residential committee.

Taken to a Brainwashing Center

Ms. Du's son was forced to sign that he would be responsible for monitoring his mother. The document he signed stated that if his mother was arrested, his wages would be reduced or he would lose his job.

Ms. Du was taken to a brainwashing center again on October 23, 2000, and the location was again kept from her family. She was given unknown drugs in there, and 800 yuan was deducted from her son's wages.

Ms. Du was forced to leave home in January 2001 to avoid further persecution. Her son was made to pay 700 yuan because his mother left their home.

Ms. Du was arrested again when she went to Beijing to appeal on August 22, 2001. Later, she was given two years of forced labor on September 26, 2001. Her home was ransacked as well and 270 yuan was deducted from her son's wages.

She was bailed out on medical parole on November 5, 2001 due to her poor health. Her health deteriorated dramatically within two months during her detention and she was extremely weak. She would not tell anyone how she was tortured.

Extortion and Detention after Sister-in-Law's Report

Ms. Du went to Beijing to look after her father-in-law in December 2001, as he was dying. Her sister-in-law reported her to the authorities while she was there because she still practiced Falun Gong.

She was returned to Nanjing and was held in the Nanjing Detention Center on December 29, 2001, and was forced to pay 500 yuan. She was later transferred to the Judong Women's Forced Labor Camp.

Soon after Ms. Du's release, she was arrested again on December 10, 2002, for distributing Falun Gong informational materials at a supermarket. Her home was ransacked the same day.

However, the deputy director of the local district court and judge forcibly took Ms. Du to the detention center from her home and gave her a three-year prison sentence secretly a few days later. At the end of 2003, she was taken to the Nanjing Women's Prison. She was deprived of sleep in an attempt to force her to renounce her belief.

Ms. Du's three children were also harassed constantly by the police. An officer from the local 610 Office claimed: “I won't let your family have a peaceful life.”

Officials from the 610 office went to where her children worked to harass and threaten them. Her son was questioned many times when his mom was arrested, and he had 3,000 yuan taken out of his wages.

Ms. Du's husband went to Beijing to see his dying father during the 2001 New Year, but the head of his army unit went to the home of Mr. Zhang's father and ordered him to return to Nanjing.

Mr. Zhang's father begged the head of the army unit to allow his son to stay until after the new year. During that time, Mr. Zhang was monitored, followed, and harassed frequently. Mr. Zhang was forced to return to Nanjing and could not be with his father when he passed away.

Ms. Du was diagnosed as having late stage breast cancer in 1992. Though she had an operation, the cancer continued to spread. In 1994 a nurse introduced her to Falun Gong. Within just one month of practicing her cancer disappeared. After witnessing his wife's recovery, her husband started to practice as well.