(Minghui.org) The issue of forced organ harvesting from living Falun Gong practitioners by the Chinese Communist Party (CCP) in China caught the attention of many spectators at the annual Tulip Time Festival parade in Bowral Town, Australia on September 19, 2015.

The parade host broadcast the news as he introduced the Falun Dafa contingent. Practitioners have participated in this annual event for the past twelve years.

“We all know that this group is being persecuted in China. In particular, the Chinese regime harvests organs from living people. It's a big issue in China,” he said. “I've signed a petition to support them [persecuted practitioners]. Everybody, please sign to support them, too!”

Wingecarribee Shire Council member Garry Turland greeted the Falun Dafa practitioners on the street and said that he was sympathetic with the practitioners who are being persecuted in China. He signed the petition calling for an end to forced organ harvesting. He also signed a criminal report form to support the filing of lawsuits against former Chinese dictator Jiang Zemin, who launched and directed the persecution.

Many people accepted flyers from practitioners, who were collecting signatures on the street for a petition calling for an end to the forced organ harvesting crimes, and answering questions from people wanting to learn more about the practice and the persecution. Many people signed the petition to show their support. 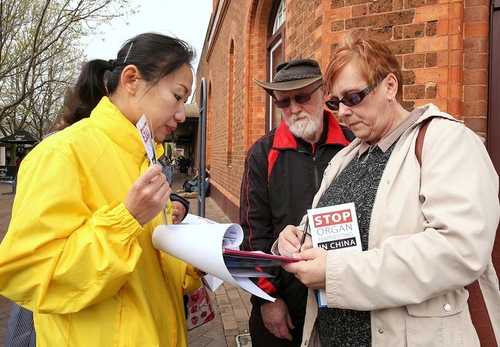 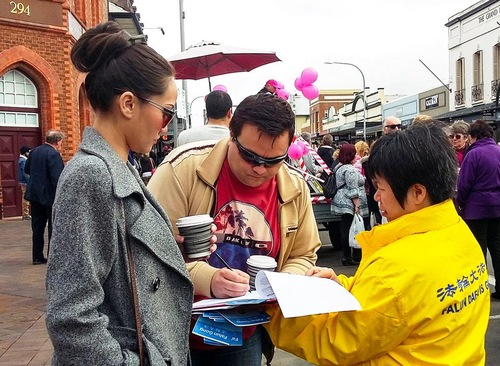 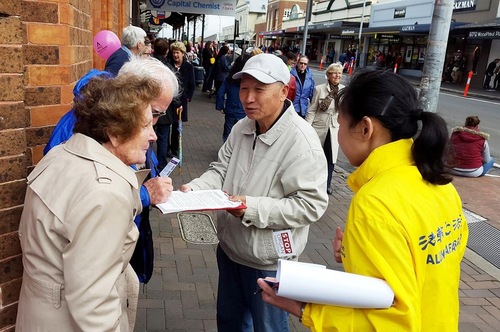 Mair, who came with her husband to watch the parade, told the practitioner that she heard about the CCP's forced organ harvesting crimes from his son, who studies at Oxley College, where he studied and did research on the topic. She said that her oldest son, who studies medicine at Sydney University, told them that some professors had opposed the Medical School of Sydney University conferring an honorary professor title to Huang Jiefu, former Minister of Health of China, who is suspected of being involved in the forced organ harvesting crimes.

“It's unacceptable to have such persecution taking place,” Mair said.

“This is murder!” said another elderly woman angrily after she and her husband learned that Falun Dafa practitioners had their organs harvested while they were still alive. They signed the petition. 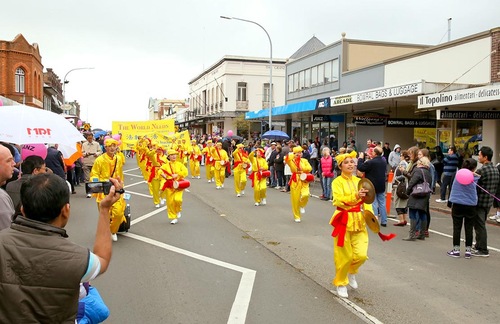 Wingecarribee Shire Council Mayor Larry Whipper commented, “They bring this festival spectacular colors. They are full of enthusiasm and vigor. We welcome the Falun Dafa group to participate.”

“Their costumes are bright. Let's thank them for their participation each year!” said the parade host.

“Their performance is my favorite in today's parade,” commented Wendy, a tourist.