(Minghui.org) Falun Dafa practitioners held a march on Legian Beach, Bali, Indonesia on September 25, 2015 to raise awareness of the persecution of the meditation practice in China. The participants also arranged themselves on the beach in a pattern forming the words “Falun Dafa.”

In the evening, they held a candlelight vigil to commemorate practitioners in China who had been tortured to death under the communist regime's suppression campaign.

The Divine Land Marching Band led a procession of waist drummers and several hundred practitioners on the four-kilometer (2.5-mile) route. 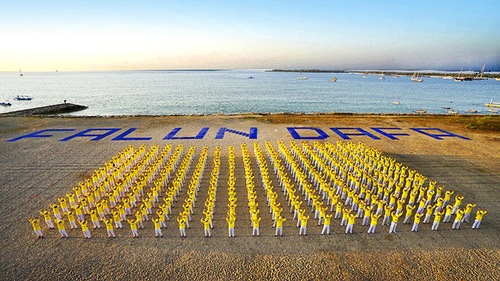 Practitioners form the words “Falun Dafa” on Legian Beach in Bali on September 25, 2015. 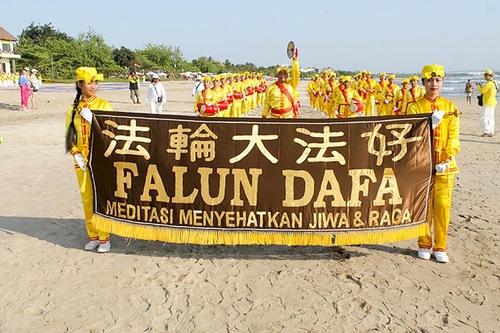 The banners say “Stop the persecution of Falun Gong,” “Stop the crime of live organ harvesting from Falun Gong practitioners,” and “Bring Jiang Zemin to justice.” Jiang Zemin was the former Chinese Communist Party leader who ordered the violent suppression of Falun Dafa in 1999–a campaign that continues to this day. 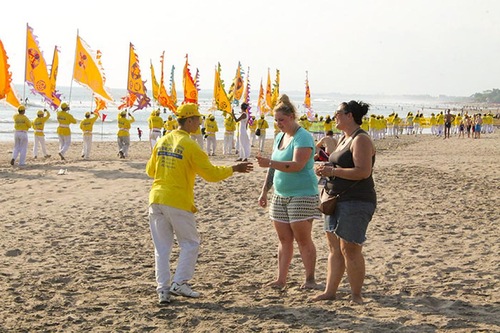 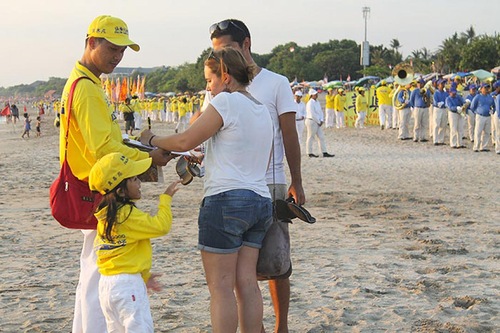 Tourists on beach learn about the persecution and sign a petition condemning the human rights abuse in China. 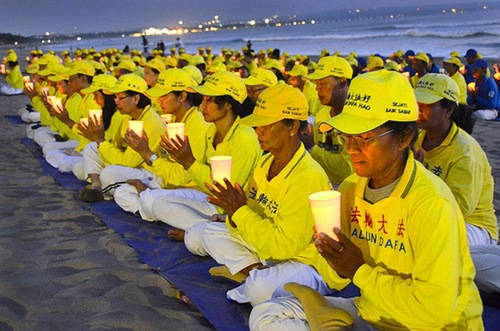 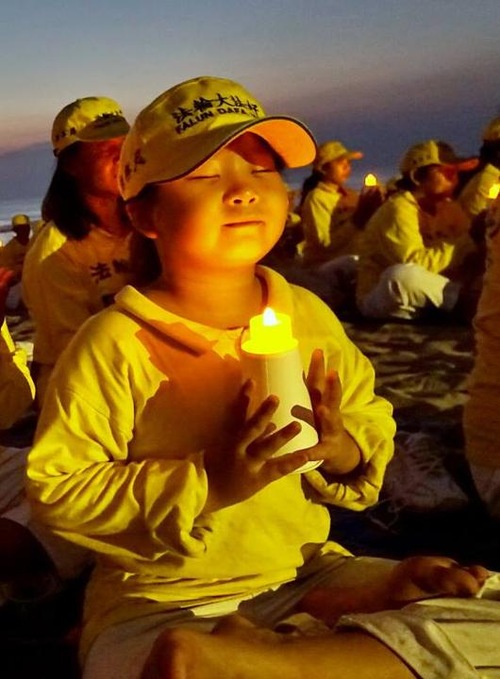 Practitioners hold a candlelight vigil on the beach to commemorate fellow practitioners tortured to death in China for their belief.

“Snapshot of Falun Gong Practitioners Whose Copies of Lawsuits Against Jiang Zemin Were Received by Minghui on September 22-23, 2015”