(Minghui.org) Falun Gong practitioners and supporters in Hong Kong held a rally and march on October 1 at Cheung Sha Wan Playground, to raise awareness of the recent flood of lawsuits against former Chinese dictator Jiang Zemin.

Since May of this year, more than 180,000 Falun Gong practitioners in China and overseas have filed criminal complaints against Jiang for launching and directing the persecution of Falun Gong. In the Asia-Pacific area, at least 546,000 people have signed petitions in support of the lawsuits.

The rally and march, titled “Bring the head murderer to justice and stop the persecution,” started at noon. The Divine Land Marching Band performed several pieces, including a new composition, The Sacred Song, which was written by Mr. Li Hongzhi, the founder of Falun Gong. In this new song, Mr. Li called upon people to hold on to compassion and justice, and not to be deceived by the Chinese Communist Party's propaganda.

“The melody of this song is beautiful,” Mr. Deng, a band member said. Not far from the band were high volume speakers set up by the Hong Kong Youth Care Association, an organization affiliated with the Chinese Communist Party, which often publicly slanders Falun Gong.

“We have remained peaceful from the very beginning. We never wanted to fight with them. All we want to do is to perform peacefully. We try to convey our message to the public and touch people's hearts through our music,” Mr. Deng said. 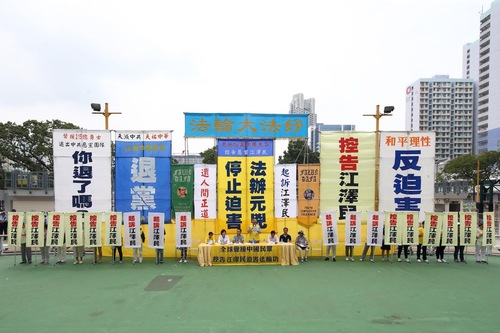 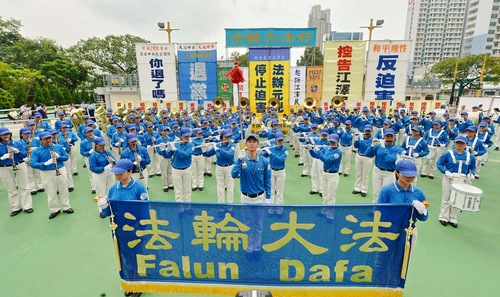 Several elected officials and China experts gave speeches at the rally, condemning the persecution of Falun Gong and showing their support for the lawsuits. 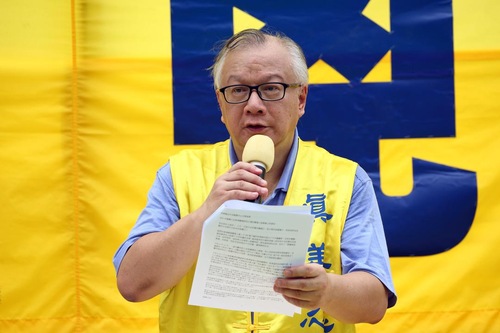 Falun Gong spokesman Kan Hung-cheung pointed out in his address: “Now is the time to bring Jiang Zemin to justice and stop the persecution.” 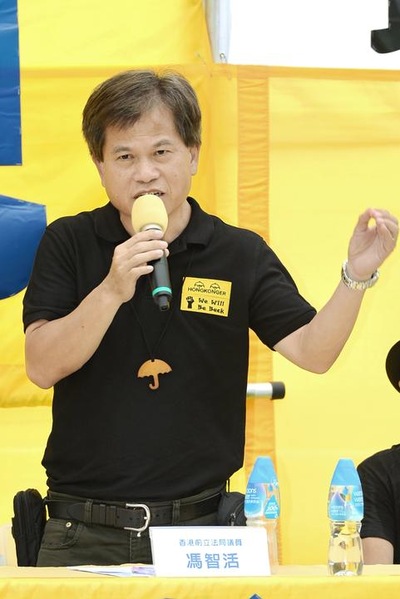 Fung Chi-wood, a former member of the Legislative Council of Hong Kong and a pastor of the Anglican Church, praised Falun Gong practitioners' spirit and courage. He also condemned the harassment from the Youth Care Association. “Their high volume speakers show their fear of Falun Gong,” he said. 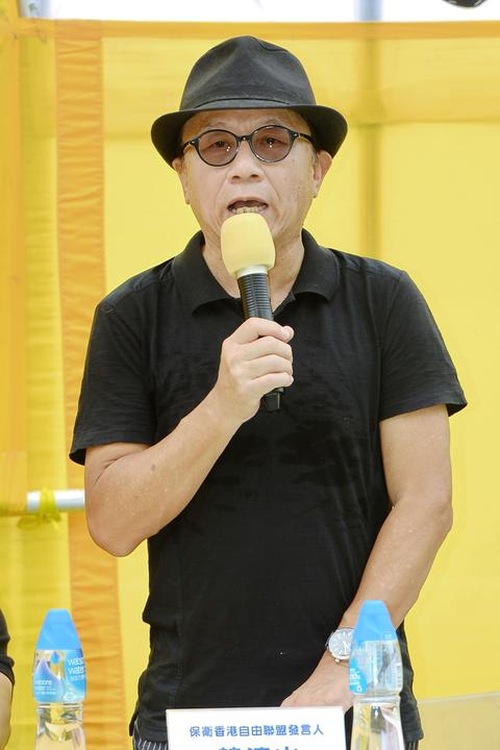 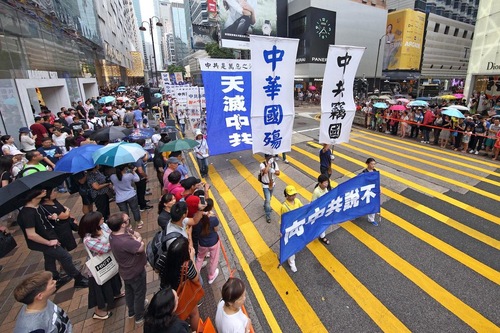 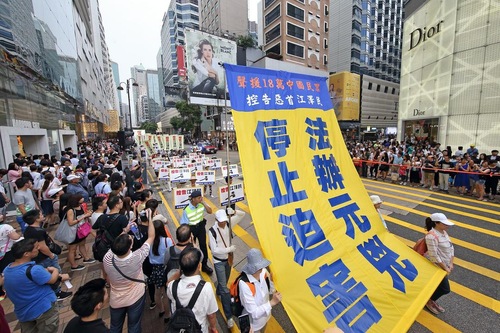 March to raise awareness of the thousands of lawsuits against Jiang Zemin.

A march was held after the rally, winding through Cheung Sha Wan, along Jordan Rd., and ending at Star Ferry Pier. Ms. Chang, the organizer of the march, said that the purpose was to raise public awareness of the lawsuits against Jiang, and to encourage citizens to sign the petition in support of the lawsuits.

The march was met with a great deal of public support. Many local residents called out, “I support you!” along the parade route, and many Chinese tourists announced their withdrawal from the Chinese Communist Party and its associated organizations.