(Minghui.org) More than 180,000 Falun Gong practitioners and their family members have filed criminal complaints against Jiang Zemin, former head of the Chinese Communist Party (CCP), between the end of May and September 22, 2015. 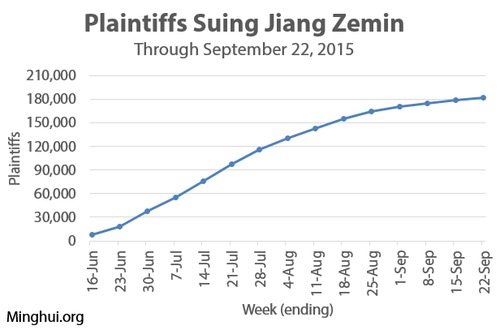 Copies of complaints from 17,935 people were submitted to the Minghui website between August 25 and September 22, 2015.

In total, copies of 153,853 complaints from 182,379 Falun Gong practitioners and their family members were submitted to the Minghui website between the end of May and September 22, 2015.

Despite retaliation and attempts by local authorities to stop practitioners from filing lawsuits, among the 153,853 cases received by the Minghui website, 95,999 cases from 115,384 people were confirmed to have been delivered to the Supreme People's Procuratorate and the Court. This accounts for 62.4% of total complaints mailed.

Complaints Came from Every Province in China and 28 Countries 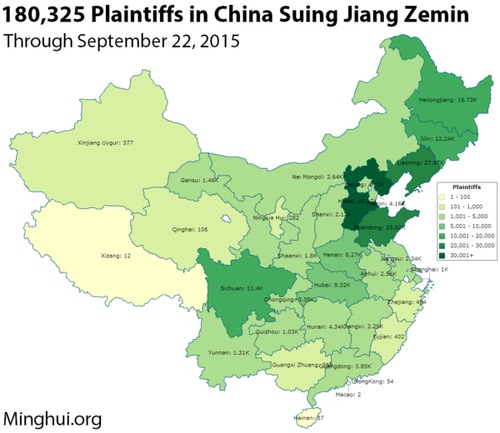 The Chinese cities with the most plaintiffs taking legal action against the former Communist Party leader are listed below: