From 8 am to 6 pm, Falun Gong practitioners held up banners that read “Falun Dafa is good,” “Stop persecuting Falun Gong,” “Stop the forced organ harvesting from Falun Gong,” and “Bring Jiang Zemin to justice,” while demonstrating the exercises and passing out flyers. 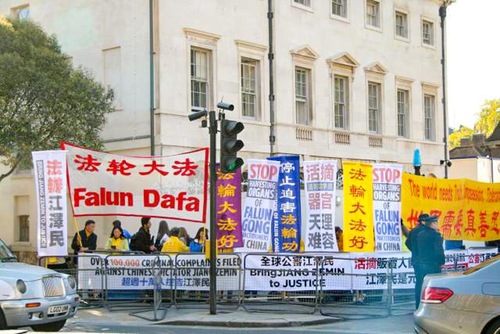 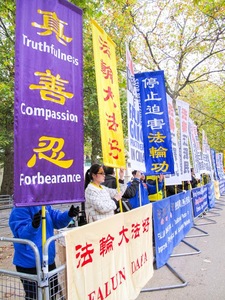 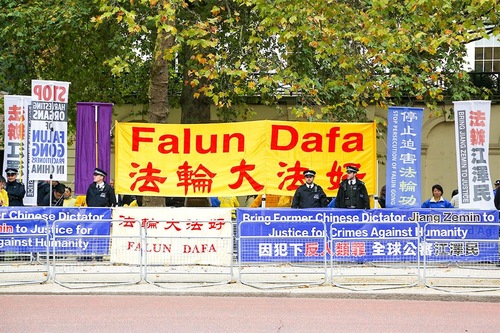 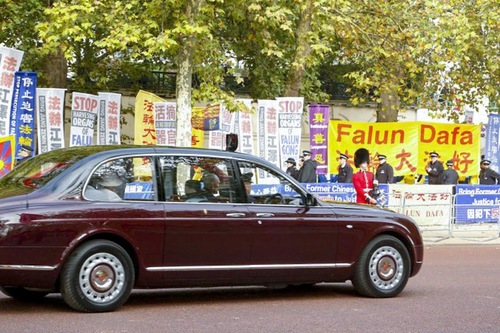 After inspecting the Royal Guard of Honour, President Xi and the Queen came back to Buckingham Palace in the Queen's gold carriage, while Xi's wife, Peng Liyuan, was accompanied by Prince Philip in the second carriage. Prince Charles and Duchess Camilla followed in the third. Prince Charles smiled and waved to practitioners, who were doing the Falun Gong exercises. 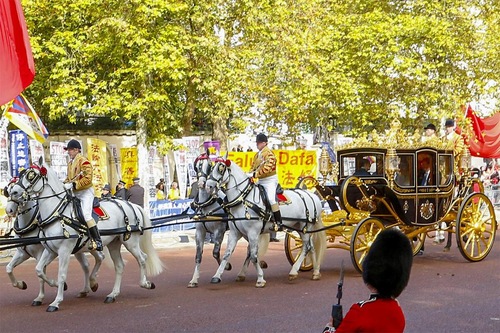 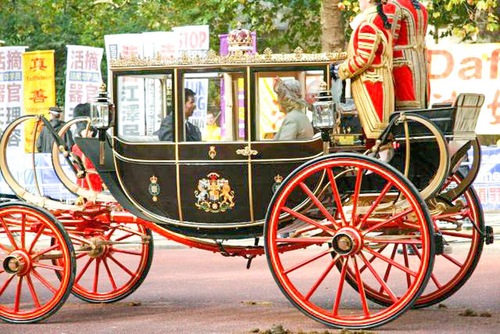 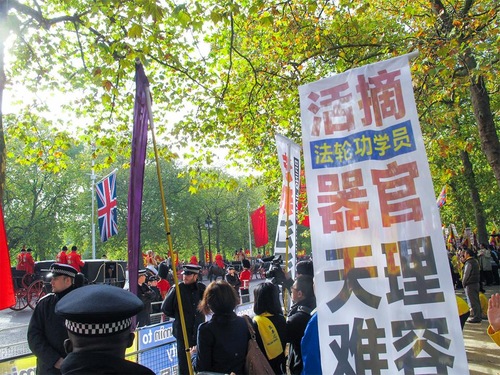 Falun Gong practitioners held a similar event in front of the Palace of Westminster, while Xi was giving a speech at Parliament. Many tourists learned about Falun Gong there for the first time. 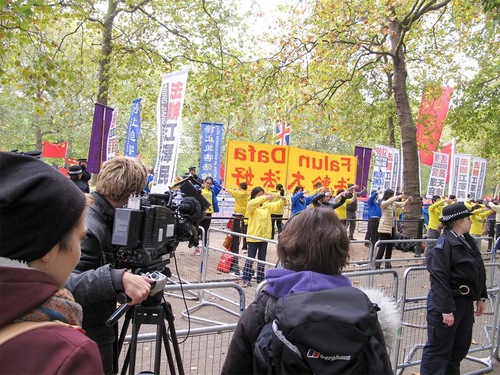 The event drew coverage from BBC, ITV, Reuters, and other news media, which presented a great chance for the practitioners to raise awareness of the benefits of the practice and the persecution.

“Snapshot of Falun Gong Practitioners Whose Lawsuits Against Jiang Zemin Were Received by Minghui on October 11 and 12, 2015”