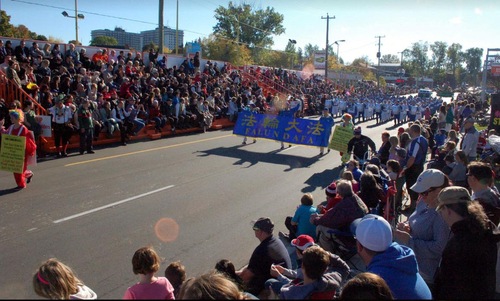 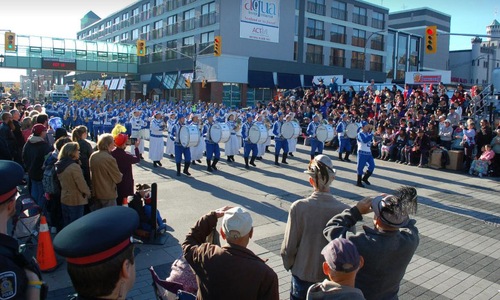 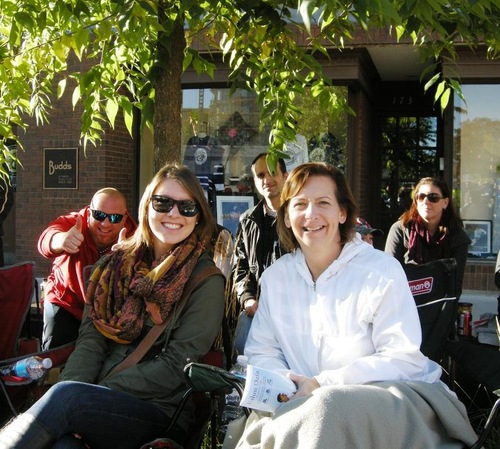 Wendy (right), a local banker, and her daughter enjoyed the band.

“Their music and costumes are beautiful,”said Wendy, who had never heard about the persecution of Falun Gong in China. She accepted a flyer, and wanted to learn more about it. 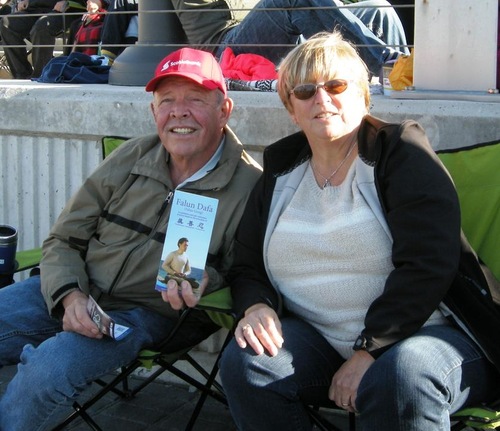 Mr. Bilbert Vervoort and his wife Mary were impressed by the multi-cultural band.

Mr. Bilbert Vervoort and his wife Mary wondered where the band members were from. They were amazed by the multi-cultural feature of the band; while most members are Chinese, some are local Canadian, and others are from different countries. 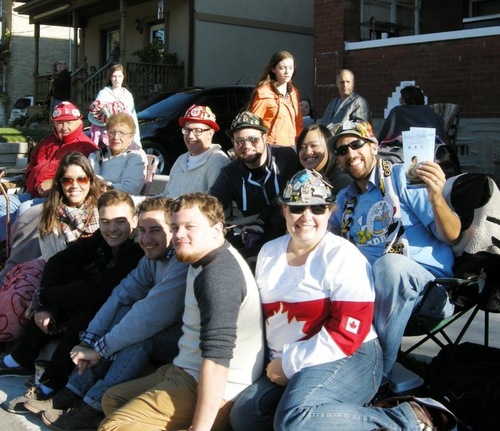 Mike Huemiller, a school teacher from Waterloo, and his family of 11 members, loved the traditional Chinese music played by the band. He liked their costumes, and learned that they were replicas of the clothes from the Tang and Song dynasties. 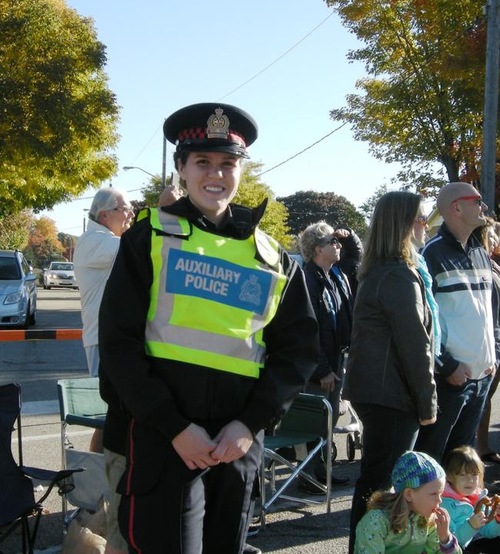 Jane Porteous, a police officer, highly praised the band. “This band is absolutely great. It brought me a very happy and wonderful Thanksgiving,” she said.