“I Won't Go to China for an Organ Transplant”

(Minghui.org) “If I want to have an organ transplant, the organ must be from a consenting donor. It is unacceptable to get organs from donors without their consent. I won't go to China for organ transplantation,” stated Louis, who is wheelchair-bound. Louis is planning to have kidney transplantation surgery. However, he was shocked after learning about the Chinese Communist Party's (CCP) organ harvesting from living Falun Gong practitioners who are under persecution in China.

Falun Gong practitioners were holding activities in downtown Liverpool on September 20, 2015, to raise awareness of the persecution in China. They displayed banners that read “Falun Dafa is good,” and posters exposing the persecution, especially the CCP's live organ harvesting. Many local residents and tourists paused and read the posters and watched the practitioners' exercise demonstration. A number of people talked to practitioners and shared their thoughts after learning about the brutalities taking place in China. 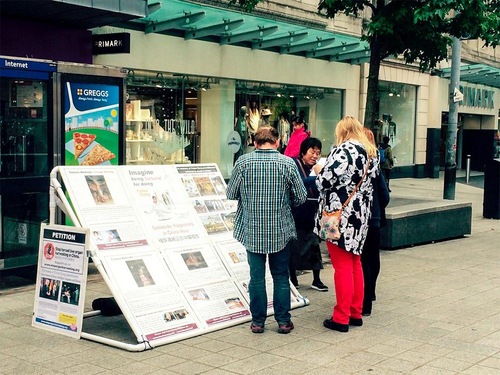 Passers-by read posters and sign a petition calling to end the persecution of Falun Gong in China. 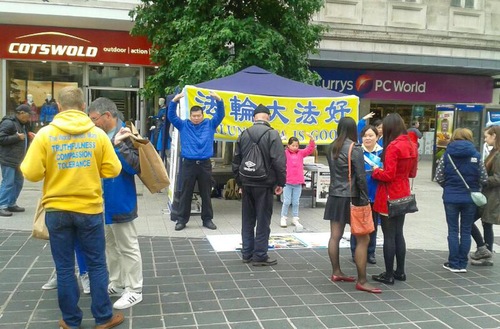 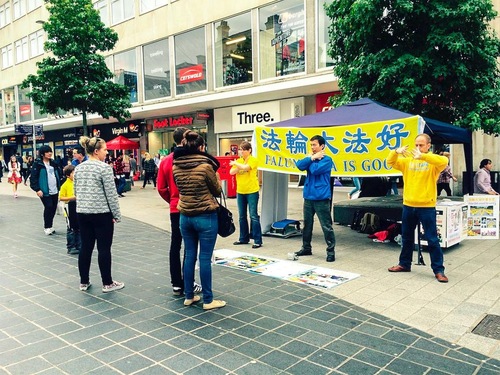 A Chinese Court Director Learns the Facts about the Persecution

A middle-aged Chinese woman read the posters carefully. She accepted informational materials from a practitioner and said emotionally, “This is quite different from what I've heard from the media in China.” She said that she was the director of a court and would read the information carefully.

There are many Chinese people in Liverpool. Many accepted the informational materials and renounced their membership in the CCP and its affiliated organizations. Some expressed their appreciation to the practitioners. 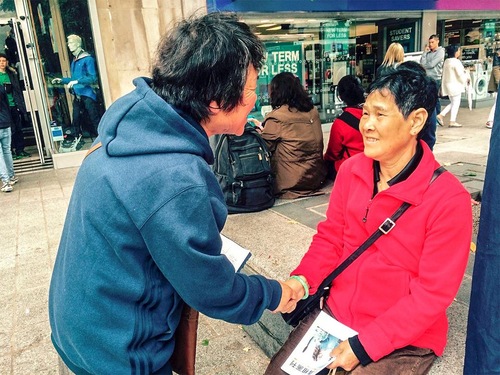 A Chinese passer-by (right) thanks a practitioner for her help in quitting the CCP.

“Snapshot of Falun Gong Practitioners Whose Copies of Lawsuits Against Jiang Zemin Were Received by Minghui on September 19-20, 2015”