Former Board of Education Director's Home Ransacked Over and Over

(Minghui.org) Ms. Li Yushu, 62, was a board of education director at the Amur Forestry Bureau. She was imprisoned for 12 years because of her belief in Falun Gong. She was released at the end her term, but she is still being persecuted. 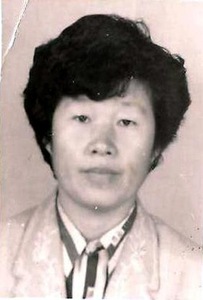 Ms. Li Yushu before being arrested and imprisoned

Ms. Li Yushu: The Police Installed a Monitoring System in My Home

The police department installed a monitoring system in my home, and I am now watched around-the-clock. Several officers and people from the residential office are assigned to follow me. The Forestry's Communist Party Committee held a meeting and ordered all its employees to monitor me.

Li Hailong, who is with domestic security at the Jiagedaqi District Police Department, and officer Zhang broke into my brother's home when I was there on June 2. They confiscated my Falun Gong book and claimed that was enough evidence to arrest me then and there. They ransacked my brother's home and took photos.

They claimed that I should have gone to the police department to register as soon as I arrived in Jiagedaqi. Because I didn't, they demanded that I come with them. I refused, so they tried to grab me. They gave up after about an hour because they realized that I was in ill health.

Harassed by the Police

The next day I returned home. The police arrived almost as soon as I got there and claimed that they would not allow me to go anywhere in the future.

After they left, I noticed that they had broken into my home and ransacked it in my absence.

The domestic security captain and a police officer showed up on the morning of September 7. They ransacked my home again and took many pictures. They demanded that I tell them where I went and if I had brought anything back. They claimed that they would give me another five years in prison if they found anything in my home. They confiscated my Falun Gong book.

It has been a little over a year since I was released from prison. During this time, my home has been ransacked several times.

When I put my toiletries into a bag and left it on the table, even this caught the attention of the police. They broke into my home to check the bag and then ransacked my home again.

Another time, I got some vegetables from other practitioners and left them on the table. They broke into my home and ransacked it.

They monitored me 24 hours a day, seven days a week. However, when I had a stroke and lay passed out on the floor for 20 hours, no one came in.

My husband passed away because no one took care of him. I lost my job because of the persecution and have had no income for the past 16 years. I am in financial difficulty, but when fellow practitioners help, the police get suspicious. They have even gone to the homes of the two practitioners who helped me and taken videos.

Living alone is difficult, but when I went to my brother's to stay, the police ransacked his home, too. I have been back home for over a year, but I still do not have my identity card. That makes it very difficult to survive.