(Minghui.org) The Shen Yun Symphony Orchestra showcased melodies inspired by 5,000 years of civilization at the Kennedy Center in Washington DC on October 11. The unique East-and-West combined orchestra was full of surprises for the audience. 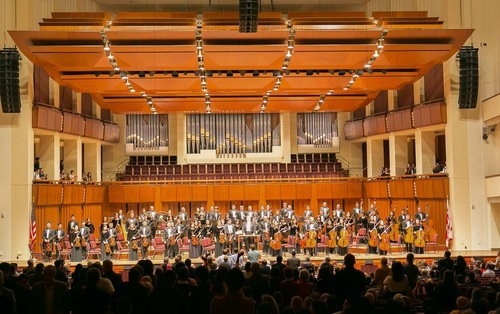 Curtain call at the Kennedy Center Concert Hall on October 11 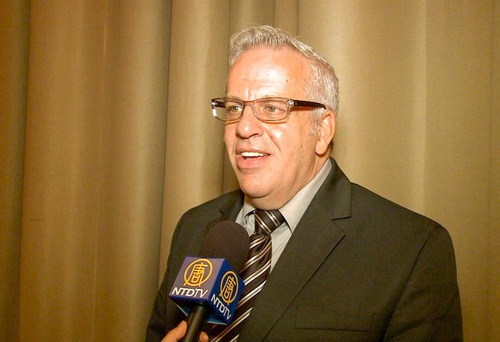 Mr. Tom Chiodo, senior executive director of television station WETA, was surprised to see the perfect blend of Eastern and Western instruments and styles, which he thought was “stunning” and “eclectic.”

“It’s fascinating to see this type of music recreated with these types of instruments,” said Mr. Chiodo. 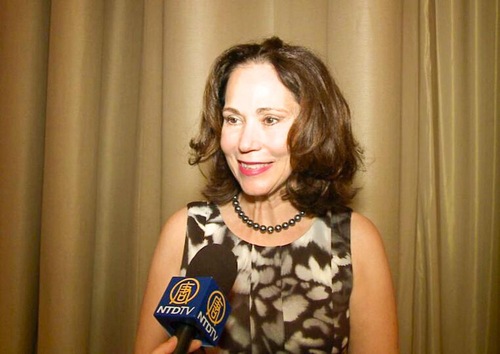 “The blend between Western and Eastern is staggering...I’m just so excited,” said Linda MacMaster, a marketing consultant who attended the concert.

“It creates a music that’s very easy to listen to. It’s complex, but at the same time, there’s a simplicity to it, and a beauty to it that I think goes across all audiences,” she said of the experience.

Ms. MacMaster also enjoyed the performance of the vocal soloists, which she described as “sublime.”

Business Owner: “It Felt Like You Were in Heaven” 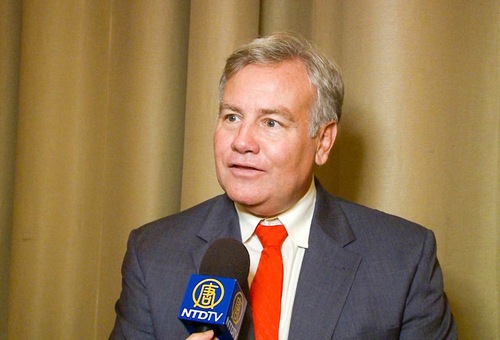 “It felt like you were in heaven,” said business owner David Wallace. “It was just absolutely beautiful.”

“It was wonderful. It was just inspiring. And I deeply, deeply enjoyed it,” Mr. Wallace continued. “This brings a big smile to my face, when I have the chance to listen to such wonderful music.” 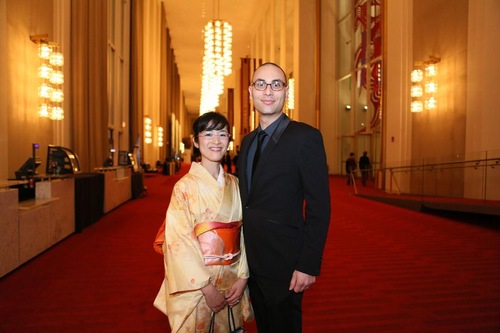 “In a grander scale, this music really reaches, I think, all cultures. It’s a form of art I think helps us unite and bring people together,” said Navy officer Nicholas Matos, who attended the concert with his wife Satoko Kimura.

Balance and peacefulness were at the center of Mr. Matos' feelings. He said was especially touched by violinist Fiona Zheng's solo performance of Pablo de Sarasate’s “Gypsy Airs.” 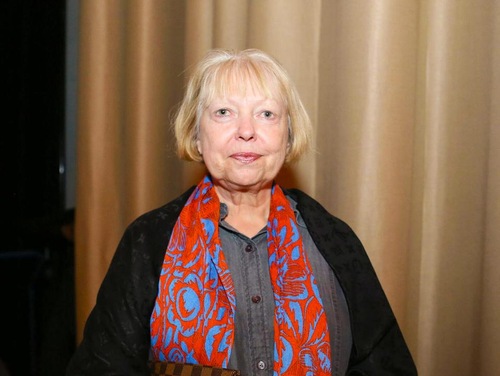 “I love it!” exclaimed Baba Howey, a retired political consultant. She thought the concert was “fantastic.”

“It makes me feel appreciative of the talent that they have and the work that they put into it. It's super,” she said.

“There is flowing-water softness, and also the strength of tidal waves. You can clearly feel those in this music...The range is a lot wider than the music played by purely Western or Eastern instruments.” 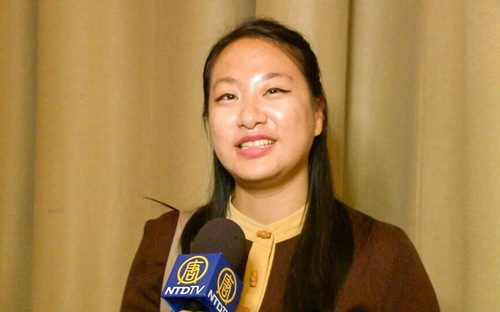 Zhang Nan, a student from China who drove from Detroit to watch the concert.

“Very happy to be here. This concert is awing. This is my first time watching and listening to a concert on Chinese culture,” said Zhang Nan, a student from China who drove from Detroit with her friends to see the orchestra.

Zhang Nan was impressed to see Shen Yun's musical arrangements, “I'm very glad to see this unique condition and way to express a combination of Chinese and Western cultures.” This was an “unforgettable” experience for her.

Highlights from the Concert 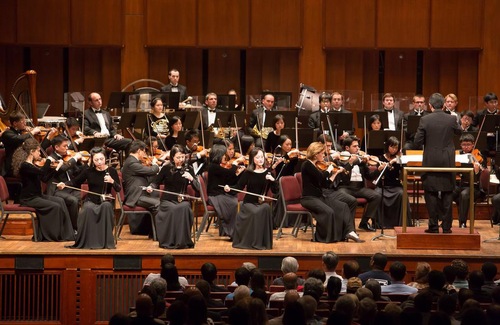 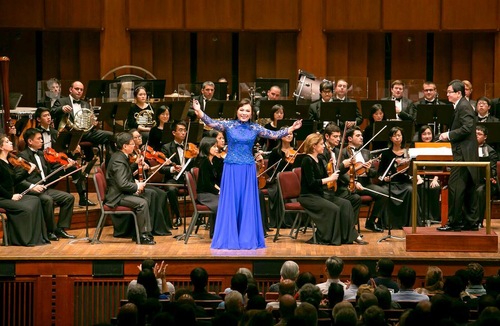 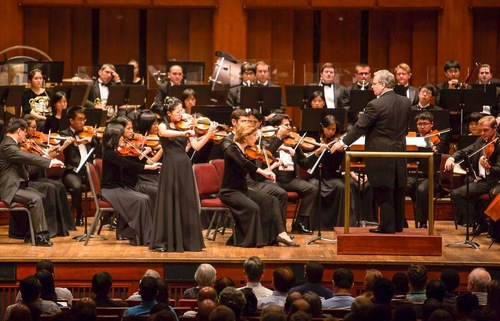 Shen Yun Symphony orchestra will continue its tour in Chicago, IL on October 18, Boston, MA on October 21, and Philadelphia, PA on October 25. For more information on tickets and dates, please visit http://symphony.shenyun.com

“Do Not Lose Sight of the Sacredness of Dafa Projects”