More than 420 thousand tourists attended the festival, sponsored by the Wonju city government and local military troop. One hundred forty-four groups with altogether 120 thousand artists, performed at the festival, out of which 121 groups were from South Korea, and the other 23 were from Russia and China.

The Divine Land Marching Band performed in the opening parade on September 16, and later on the 360-foot long stage at Tattoo Theater. 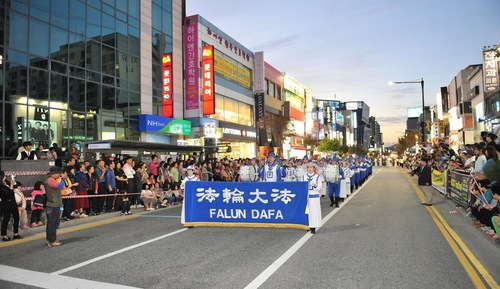 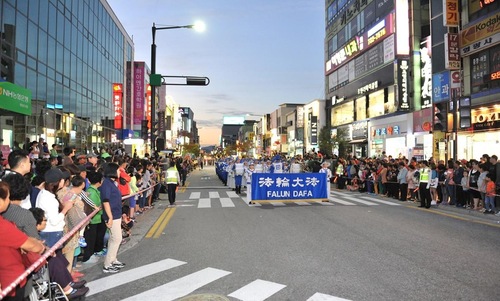 The Divine Land Marching Band performs in the opening parade. 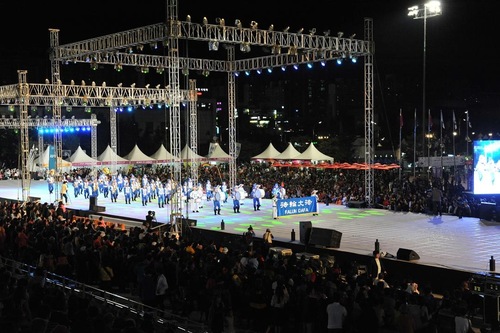 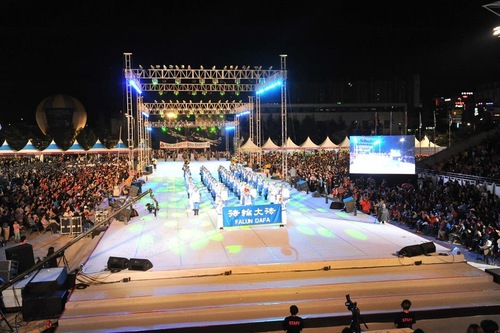 The band performs on stage for 4000 spectators.

“Who Is a Genuine Falun Dafa Practitioner?”