(Minghui.org) Ms. Zhang Xinyan, a Falun Gong practitioner and an English teacher from Guangdong Province, has filed a criminal complaint in June 2015 against former Chinese leader Jiang Zemin for the persecution inflicted upon her and her family for their belief in Falun Gong.

After getting married in Hong Kong on August 25, 2011, Ms. Zhang went back to Shenzhen only to find that the government would not let her return to Hong Kong to reunite with her newly-wedded husband because she refused to give up her practice of Falun Gong.

Under pressure and threats from the authorities, her husband divorced her after a year of forced separation. Ms. Zhang was also put on the communist government's blacklist. Thus, her passport application was denied, and she has been forced to live away from home for years. Her mother passed away as a direct result of the persecution.

Below is an excerpt of her criminal complaint. 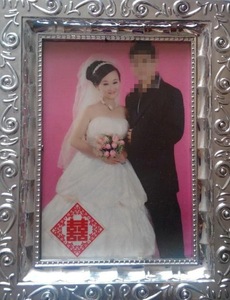 Ms. Zhang and her husband, a permanent resident of Hong Kong, had just registered their marriage in Tsim Sha Tsui, Hong Kong when she had to return to Shenzhen on August 25, 2011. Her tourist visa was about to expire; to return to Hong Kong, she had to apply for a family reunion permit, which would be valid for three months. Her application was denied on August 26–police told her she had been blacklisted as a key Falun Gong practitioner.

The authorities canceled her tourist visa and later denied her application for a new travel permit. A policeman said, “If you don't give up Falun Gong, you will never be able to go back to your home in Hong Kong.”

Her husband made inquiries to the government. Authorities told him to coerce Ms. Zhang to write guarantee statements renouncing Falun Gong. If he did not, they would make trouble for him. 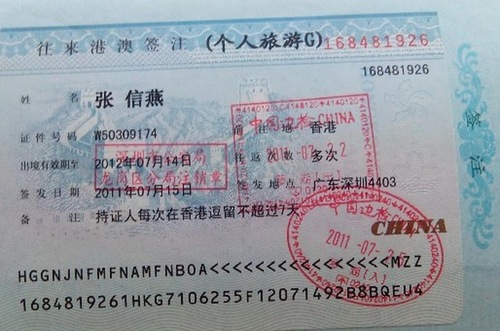 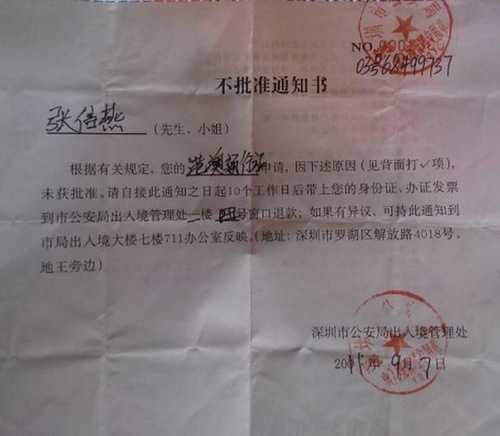 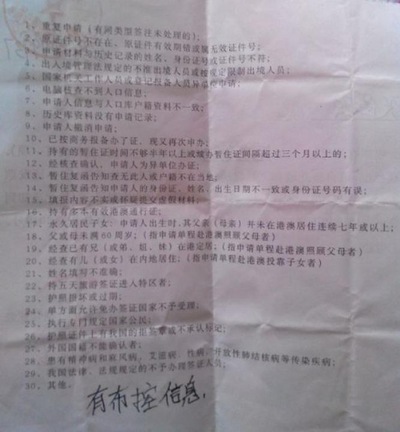 When she returned to Shenzhen, Ms. Zhang taught English at the Oriental School in Luohu District. She worked just a stone's throw away from the Hong Kong port of entry, but could no longer go to her home in Hong Kong to be with her husband. Out of fear, her husband divorced her after a year of forced separation.

Blacklisted For Being An Active Practitioner

Ms. Zhang was born in 1971 in Huazhou, Guangdong Province. Her mother introduced her to Falun Gong in the summer of 1997. After practicing, her bronchitis and chronic coughs were cured. Ms. Zhang later went to Shenzhen to visit her brothers and sisters-in-law. She joined a Falun Gong exercise group at Sha Tau Kok in Shenzhen and settled in the city.

Ms. Zhang organized study and exercise groups at her own home. Taking note, the government listed her as a key practitioner and put her on a blacklist after the communist regime began the persecution of Falun Gong in 1999.

She was forced to move to avoid being monitored and followed by the authorities. Her passport application was denied repeatedly. During the 2008 Beijing Olympic Games, the Chinese government approved her travel permit to Hong Kong under pressure from the international community to improve human rights in China. Her travel permit was revoked in 2011. 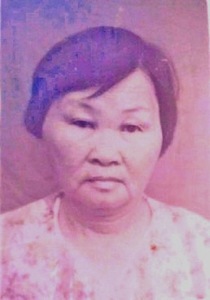 Ms. Li was arrested on July 21, 1999 when she went to the Shenzhen municipal government to speak out for Falun Gong. She was threatened and harassed afterwards and forced to give up her practice of Falun Gong.

Her old illnesses relapsed, and she was hospitalized, yet the authorities continued to harass her in the hospital. She passed away a year later, at the age of 68. The police took her remains by force and cremated them against her family's wishes.

Her daughter, Ms. Zhang Xinyan, was able to see her remains briefly before the cremation. She had to leave quickly to avoid being discovered by the police, who had been looking for her.

Ms. Zhang's father started practicing Falun Gong in early 1999, after which his illnesses were alleviated. However, when the government began to suppress Falun Gong in July of that year, his health deteriorated quickly. He passed away six months later. 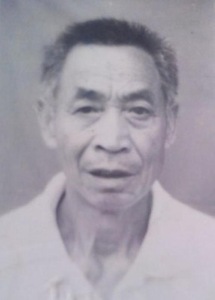 “Why I Am Suing Jiang Zemin: The Persecution of Falun Gong Through the Eyes of a Child”