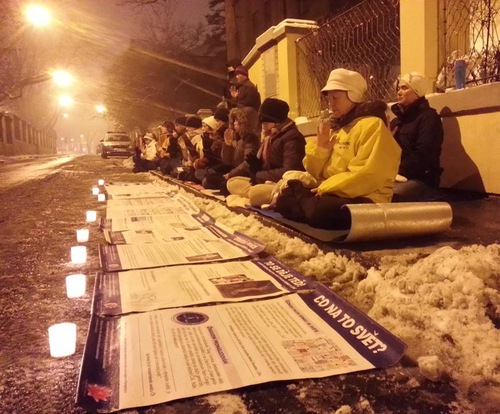 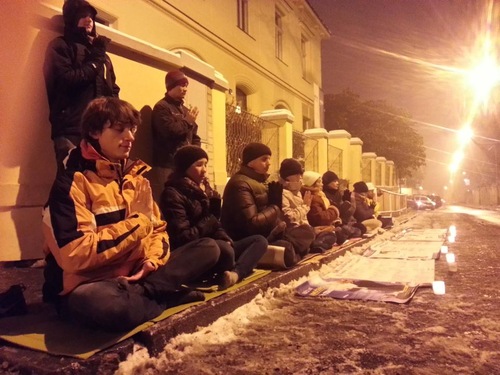 Most attendees were Westerners who want their fellow practitioners in China to have the same freedom that they enjoy in the Czech Republic. Many passersby stopped by and signed the petitions to condemn the persecution.

A senior couple from England told practitioners that they heard about the persecution of Falun Gong in China, but never had a chance to express their support. They said they were glad that practitioners offered them such a chance on New Year's Eve.

Local policemen protected the event, as similar protests in the past had been disrupted by violent altercations: in August 2014, practitioners held protests when a group of Chinese government officials visited Prague. Thugs hired by the Chinese embassy attacked practitioners and forcibly took their banners. Police arrested the lead figures on the spot.