(Minghui.org) Following his arrest in August 2014, Mr. Liu Shaopeng (刘少鹏) was beaten at the Jieyang Detention Center in Guangdong Province because he refused to renounce his belief in Falun Gong. He was beaten so severely that he vomited blood.

Mr. Liu was transferred to the Jiexi Detention Center on December 3, 2014, by Huang Tinghui, deputy director of the detention center. 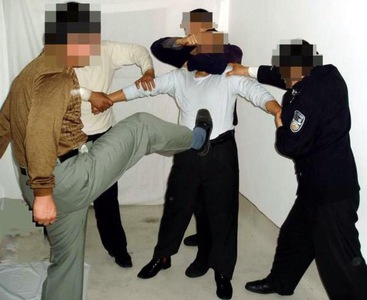 Mr. Liu has been persecuted by Chinese Communist Party officials at his former workplace, Ciyun Hospital of the Jieyang Red Cross, since the persecution began in July 1999. Besides being monitored and harassed, his wages were also withheld and he was dismissed from his job in August 2002.

At detention centers and forced labor camps, Mr. Liu was tortured with various methods including sleep deprivation and forced-feeding.

Related article:Guangdong Physician-in-charge Arrested and Tortured for His Belief