Swanston Street was transformed into a wave of color and movement in celebration of the city's diverse multicultural community. 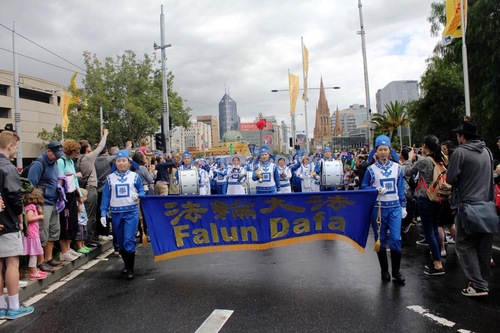 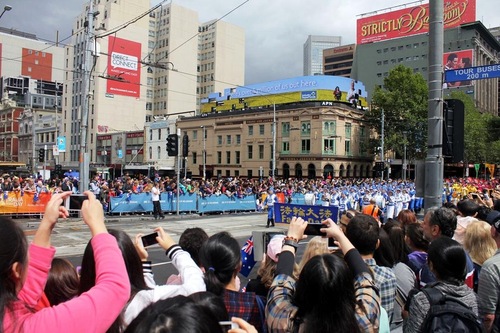 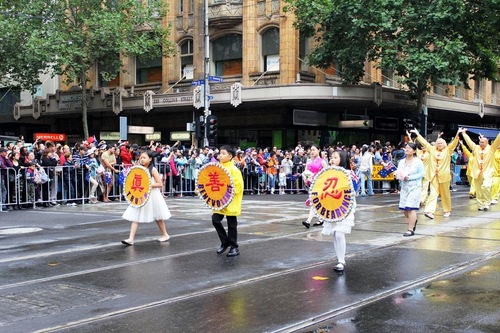 Young practitioners march in the parade, displaying placards with the words “Truth-Benevolence-Forbearance” 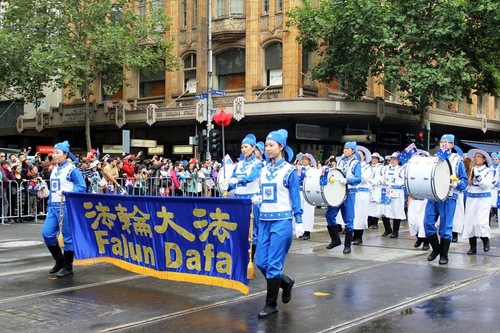 Among more than 100 cultural and community groups that participated in the annual event, was the Falun Dafa contingent, representing the Melbourne Falun Dafa Association.

As the Falun Dafa contingent passed by Melbourne Town Hall, the host of the event explained: “Falun Dafa is an ancient cultivation and meditation practice based on the universal principles—Truthfulness-Compassion-Forbearance.”

“Marvelous! I felt their energy when they passed by me,” said one spectator, Alven, an immigrant from Philippines who works in sales.

Echoing his reaction was Ms. Huang from Taiwan who has been living in Australia for more than 30 years.

“I love the energy emitted from the Falun Dafa group. They are disciplined and in high spirits.”

Wridac and his wife, who videotaped the performances of the Falun Dafa group, were impressed by the bright-colored costumes. “The costumes are splendid. We just love it.”