The activity was held on Alten Platz, a pedestrian-only marketplace in the center of the city and a popular tourist destination. Using a a microphone, a practitioner told about the brutal persecution of Falun Gong in China. Many passersby were shocked and angered to learn of the CCP's forced organ harvesting. 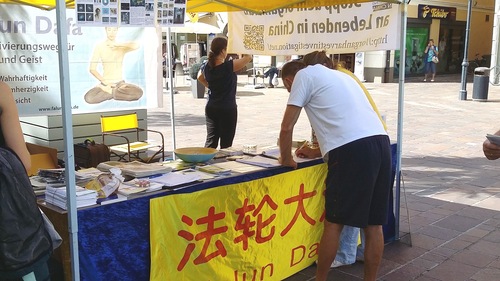 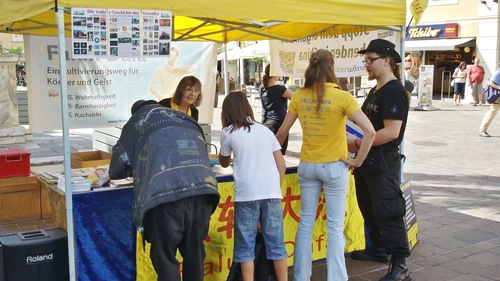 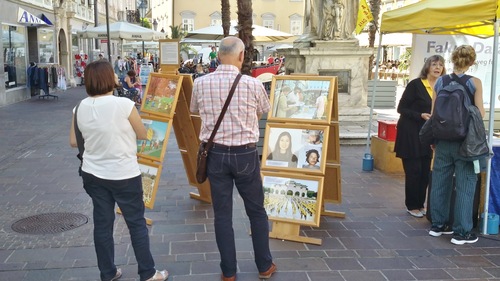 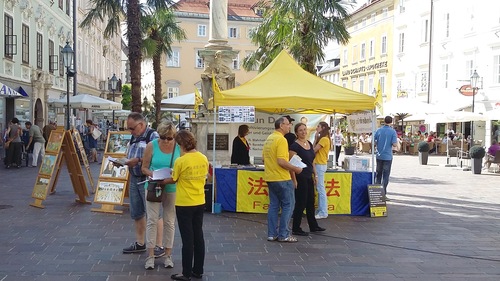 An older who man signed the petition remarked, “It's unbelievable, truly shocking. Only demons are capable of such crimes.”

About an hour later, this gentleman returned to the information booth and asked if he could sign for his wife. “I am sure that my wife would want to sign to support your peaceful resistance.”

A man brought his son to the booth and both signed the petition. He asked many questions about the persecution in China.