Making Lotus Flowers at the Children and Nature Festival in Florence

The Children and Nature Festival at the Horticultural Garden in Florence, held on September 13 and 14, featured workshops, games, and shows dedicated to children and their parents.

Local Falun Gong practitioners were invited to participate at the event, where they demonstrated group exercises and hosted workshops to teach children to make origami lotus flowers. 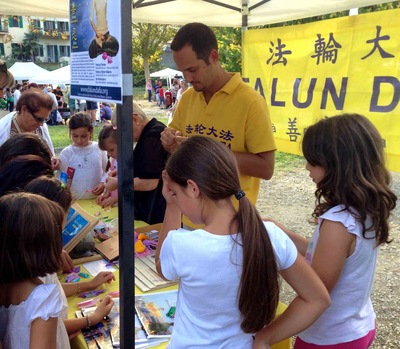 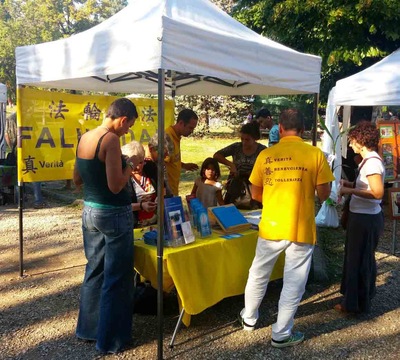 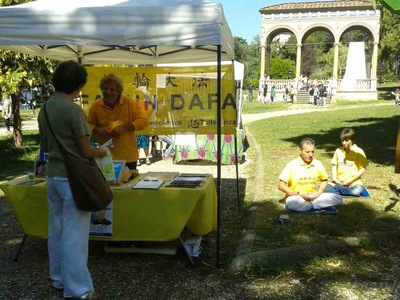 Above: Falun Gong practitioners spread the beauty of Falun Gong at the Children and Nature Festival in Florence, Italy on September 13 and 14, 2014.

Many visitors said that they had seen practitioners at regular group exercise sites. They took the opportunity to learn more about mind and body benefits of the practice, as well as the persecution Falun Gong faces in China at the hands of the Communist regime. During the past 15 years, over 3,700 deaths and over 10,000 disappearances have been confirmed. The full scale of the persecution has yet to be revealed.

Some visitors invited practitioners to go to their own community events to teach the exercises and inform their neighbors of the persecution taking place in China.

Several cultural associations in Milan hosted a festival on September 7. Practitioners set up an information booth with exhibit boards and materials. They took turns to demonstrate the exercises throughout the day.

Many visitors watched the exercises and read the display boards. Some signed a petition to call for the end to the persecution. Many inquired about ways to learn the exercises.

Activity Near the Colosseum in Rome

A group exercise demonstration near the Colosseum in Rome attracted the public's attention on August 31. Many slowed down and took informational materials from practitioners. One visitor told a practitioner, “This is a great cultivation practice!”

A gentleman read an entire flyer to his friend over the phone. Police officers on patrol also took time to listen to practitioners' personal stories and took reading materials with them. Many were shocked that such a brutal persecution is still going on.

Practitioners also attended the annual fair in Reggello in the Province of Florence on September 8. 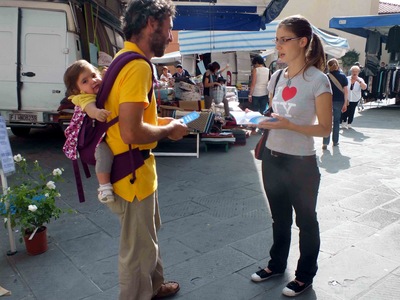 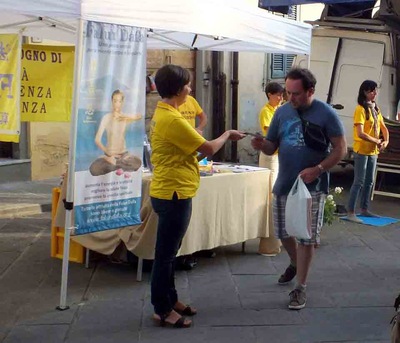 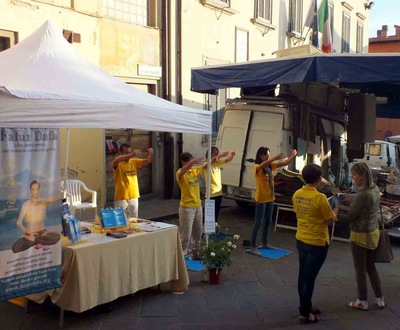 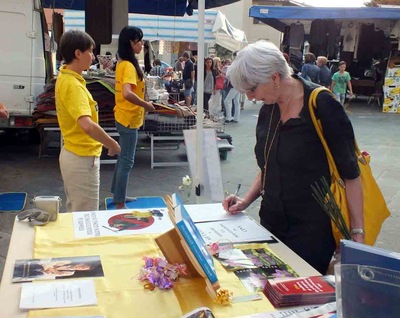 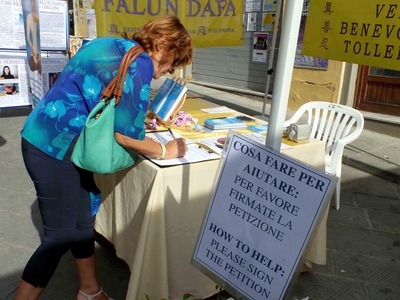 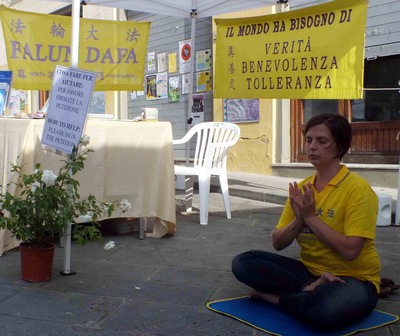 Falun Gong practitioners raise awareness of the persecution at the annual fair in Reggello, Province of Florence, Italy.