(Minghui.org) Ms. Zhang Yinying (张印英) has spent a total of nine years in two forced labor camps, since the persecution began in July 1999, for her belief of Falun Gong. The most brutal persecution occurred in a mental hospital.

Besides being electrically shocked on the head, and forcibly given drugs that caused hallucinations, the “treatments” also included being cuffed to the bed around the clock, not allowed to use the bathroom, and forced-feedings throughout the day. Not until she was in critical condition was she released on medical parole, in late 2012, after suffering for four months at the mental hospital.

Fortunately the 60-year-old woman eventually recovered through doing the Falun Gong exercises, and was able to share her haunting experience.

In August 2012, the Beijing Women's Forced Labor Camp, where she was detained following her arrest in December 2010, forced Ms. Zhang's son to send her to a mental hospital.

The labor camp guards escorted them to the No. 261 Hospital in Haidian District in Beijing. It is a military hospital, and the Certification Center for Mental Illness in the Beijing Military Region. It specializes in treating mentally ill patients.

During her four months there, Ms. Zhang was tortured twice with electric shocks on the head. The nurses placed something like a headset on her. She soon lost consciousness. People there refer to the procedure as the “electric coma.”

After she woke up, she was in extreme pain. The nurses and doctors then forced her to take unknown drugs and injections. When she protested the pain caused by “electric coma,” a doctor threatened to do it again.

Other detainees there told Ms. Zhang that the purpose of “electric coma” was to make people “forget the past.”

Ms. Zhang Yinying was cuffed to a bed at all times in the mental hospital, and was not allowed to use the bathroom. After she stopped her hunger strike, the hospital continued to force-feed her. The tubes were left in her stomach all day long.

Ms. Zhang became extremely thin, and her body convulsed and felt itchy. Her eyesight became poor, and her voice became low. She had constant auditory and visual hallucinations.

Gradually, she was not able to stand nor walk, and finally could not even sit upright without support. Having her going through all this torture, her family had to pay 4,480 yuan per month for her stay at the hospital. The bill lists different items such as food, nursing, and administration fees.

Seeing Ms. Zhang becoming immobile and teetering on the verge of death, the hospital and the labor camp authorities released her on medical parole.

Upon her release from the mental hospital, Zhang Yinying could not stand, sit, nor lay down. She felt extremely uneasy and could not sleep.

She recalled, “When my family was asleep, I could simply pace in the room in tiny steps. If people saw my eyes and the way that I walked, they would no doubt mistake me for a real psychiatric patient. My pain was beyond words.”

The police visited her home every week and told the family, “If Zhang dies, you need to inform us.” 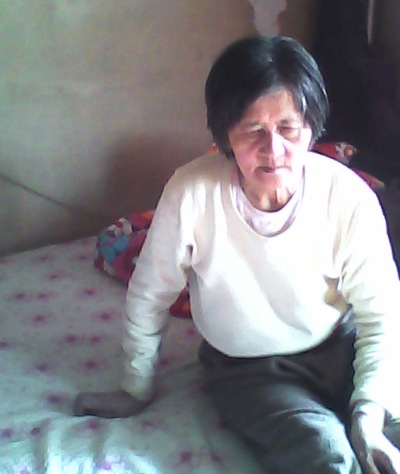 Zhang Yinying after being released from the mental hospital

Although the authorities expected Zhang Yinying to die at home, she was encouraged by her fellow Falun Gong practitioners to resume practicing Falun Gong.

She was unable to remember the exercises, so the practitioners taught her again and brought her Falun Gong study materials. Through reading Falun Gong books and doing the exercises, Ms. Zhang's recovery started slowly, but proceeded steadily. She is now completely healthy again. 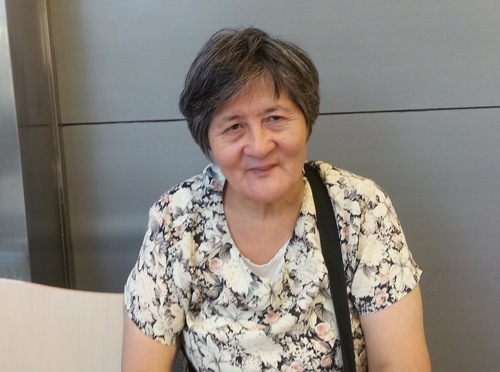 “The Art of Truthfulness-Compassion-Forbearance Held in Fremont, California”