(Minghui.org) Ms. Qu Wei, an accomplished chef, died on August 26, 2014 at the Jinzhou No. 1 Hospital, five days after being admitted.

Ms. Qu was certified as a “National Second Grade Chef” and worked at a cafeteria for Jinzhou City government agencies. She has been repeatedly arrested, detained and tortured for her belief in Falun Gong, including a year at the notorious Masanjia Forced Labor Camp around 2011. She never recovered her health after her most recent detention in August 2013. 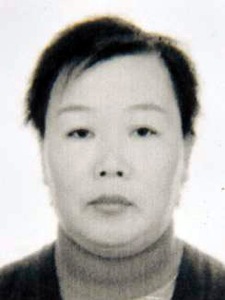 Ms. Qu's latest arrest occurred on July 22, 2013, for distributing Shen Yun DVDs. She was taken to the Jinzhou Detention Center and held for 15 days.

She was tortured with various methods including being hung up with handcuffs for three days at the detention center. When she was released, Ms. Qu was in poor health, and her feet had infected wounds and she showed symptoms of diabetes.

At home, Ms. Qu's health didn't improve, but got worse. She was unconscious when she was admitted to the Jinzhou City No. 1 Hospital. She passed away on August 26, 2014. 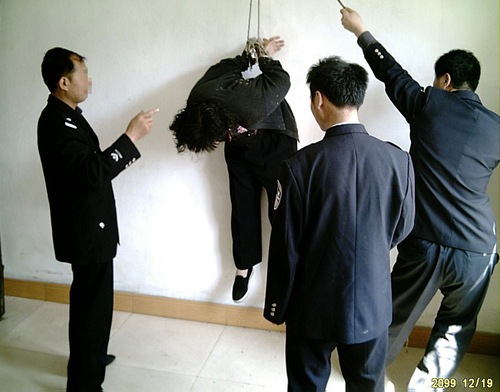 After the Chinese Communist Party (CCP) began its persecution of Falun Gong on July 20, 1999, Ms. Qu and several practitioners went to Beijing to tell people the facts about the practice in October 1999. She was arrested on October 11 while doing the Falun Gong exercises at a local park with other practitioners, and taken to the Jinzhou Detention Center.

Immediately after she arrived at the detention center, Ms. Qu went on a hunger strike to protest her illegal arrest. She was released two days later.

In August 2000, during the National People's Congress meeting, Ms. Qu and three practitioners were arrested at Tiananmen Square. They had planned to submit a petition for the right to practice Falun Gong at the State Council Appeals Office. They were taken to the Jinzhou Detention Center and held for 45 days.

Ms. Qu was arrested for the third time in October 2001 at Tiananmen Square, when she held a banner and shouted, “Falun Gong is good! Restore Master Li's and Falun Gong's reputation.” She wanted to show people the goodness of Falun Gong and protest the persecution.

She was forcibly taken to the police station for interrogation, and later sent to the Huairou County Detention Center.

The guards brutally beat Ms. Qu at the detention center for doing the Falun Gong exercises. Nine days later, she developed symptoms of arrhythmia, high blood pressure and gastritis. The guards feared taking responsibility for her condition and immediately released her.

In the summer of 2004 Ms. Qu was arrested by officers from the Linghe District in Jinzhou City. She went on a hunger strike at the police station to protest the persecution. Fourteen days later she was transferred to Shenyang Masanjia Forced Labor Camp, but was not admitted due to her poor health.

Ms. Qu was arrested for the fifth time on October 26, 2010, and was sentenced to forced labor for one year at the infamous Masanjia, where she was severely tortured, physically and mentally. She was emaciated when she was released.

Ms. Qu Wei started practicing Falun Gong in March 1999. She was fired from her job in 2000 on account of her refusal to renounce her belief.

Ms. Qu was filial in taking care of her 90-year-old bedridden father-in-law, and her 83-year-old adopted mother. They are still waiting for her return from the hospital, and haven't been told of her death.

“Walking the Path Arranged by Master”