(Minghui.org) Over 1,300,000 people attended Kulturkalaset, the largest arts festival in Gothenburg from August 12-17, 2014. Among them, many people were excited to learn about the peaceful meditation practice of Falun Gong, which was represented at the festival. After learning about how Falun Gong is suppressed in China, many signed a petition calling for an end to the brutal persecution.

As the second largest city in Sweden, Gothenburg hosts this annual arts festival every August. The festival draws a vast array of art vendors, crafts, music, and performing artists.

Many event attendees showed great interest in the slow and graceful Falun Gong exercises. A number of people stopped to ask for more information and lots of children also participated by imitating the exercise movements. 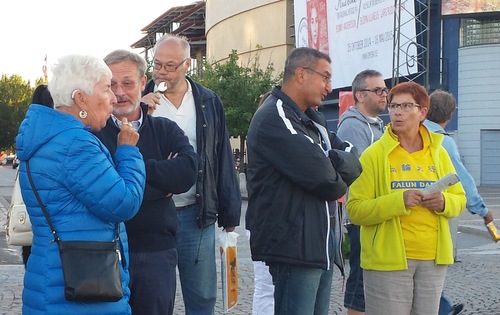 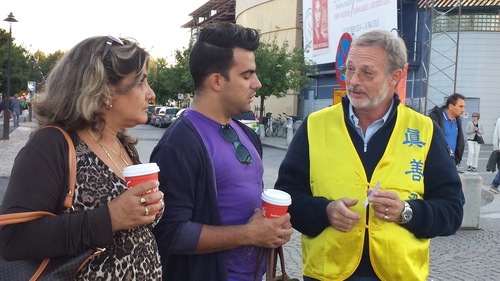 Upon hearing about the 15-year-long brutal suppression of the practice in China, many passersby showed their support by signing the petition without hesitation.

Quite a few Chinese tourists and students were surprised to see Falun Gong represented at the arts festival. They wanted to know why Falun Gong is banned in China, while it is well received in other countries. After practitioners explained how the Chinese Communist Party (CCP) has slandered Falun Gong with lies over the years, a number of Chinese visitors agreed to quit the CCP and its affiliated organizations.