(Minghui.org) Falun Gong practitioners in the Netherlands held a signature drive on August 9, 2014, in the city of 's-Hertogenbosch, the historic fortified town which has kept its medieval character.

While enjoying the city's beautiful historic character, local residents and tourists alike had an opportunity to encounter Falun Gong, an ancient cultivation practice from China, and also learn about the persecution the practice faces in its country of origin.

Many people accepted informational materials from practitioners, and talked with practitioners to learn more about the practice and the persecution.

Many people signed a petition to support Falun Gong, condemn the brutal persecution by the Chinese communist regime, and call for an end to it. 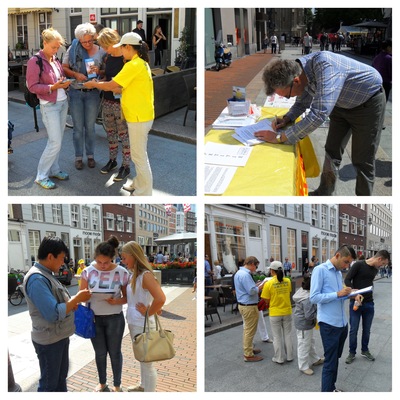 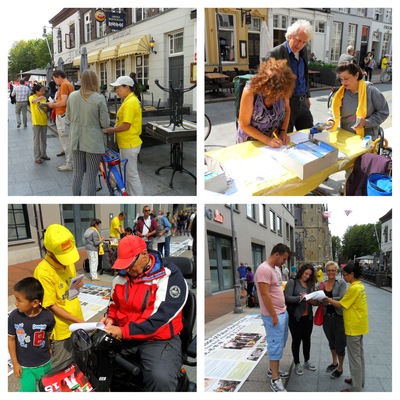