Many tourists, including those from China, learned about the persecution from the practitioners' torture exhibit.

Many people signed the petition calling for an end to state-sanctioned forced organ harvesting in China. 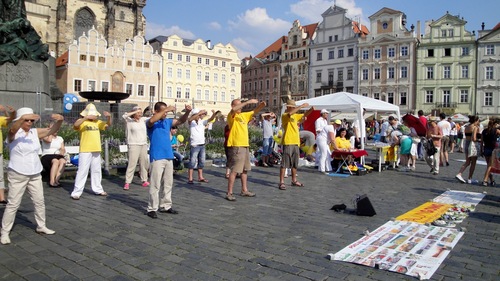 Practitioners demonstrated the exercises on Old Town Square in Prague on July 19, 2014. 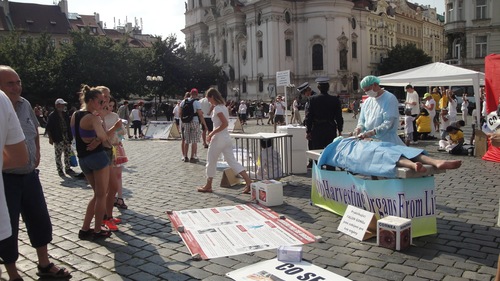 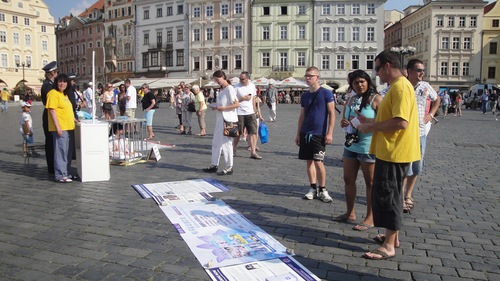 Practitioners staged a torture exhibit on Old Town Square in Prague. Many stopped by to learn more about the crime of forced organ harvesting in China. 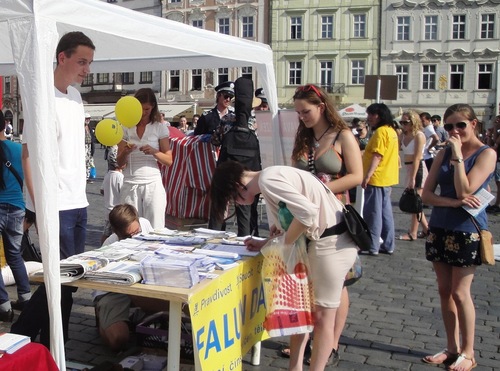 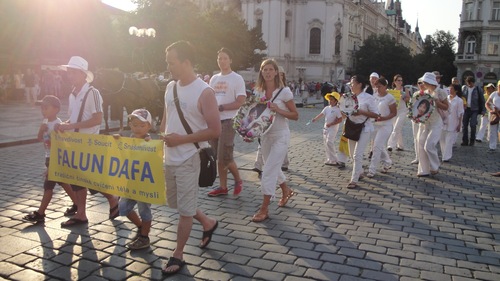 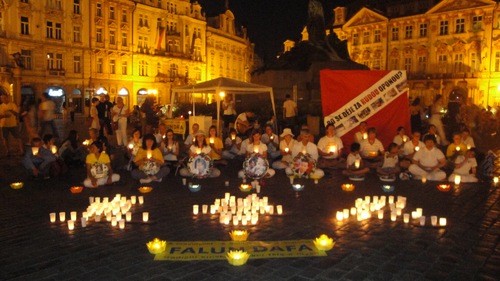 Practitioners held a candlelight vigil on Old Town Square to honor those who have died as a result of the persecution. The candles were arranged to spell out the Chinese characters for Truthfulness, Compassion, and Forbearance.

The candlelight vigil, peaceful yet somber, drew the attention of both locals and tourists.

A young Chinese couple asked what the event was about. When they learned that it honored practitioners who have died of torture and forced organ harvesting in China, they remarked, “Unbelievable. That's so cruel!” They made the decision then and there to renounce their memberships in the Chinese communist organizations.

Fifteen years ago, on July 20, 1999, the Chinese Communist Party (CCP) began a campaign against Falun Gong, expecting to eradicate the practice within three months. Despite the systemic nationwide persecution, practitioners have upheld their belief and validated Truthfulness-Compassion-Forbearance with their actions ever since.

Through Falun Gong practitioners' ongoing efforts, such as those on Old Town Square in Prague, more and more people are realizing what's really going on in China and are doing what they can to help end the persecution.