Rally at the U.S. Capitol: Message to the CCP—Defend Your Nation Against Real Enemies - Speech by William J. Murray, Chair of the Religious Freedom Coalition

(Minghui.org) Note: William J. Murray is the chairman of the Religious Freedom Coalition in Washington, D.C. From his offices in the nation's capitol, Mr. Murray fights for the rights of those persecuted worldwide. He also once served as director of Freedom’s Friends, an organization dedicated to helping victims of communism around the world. 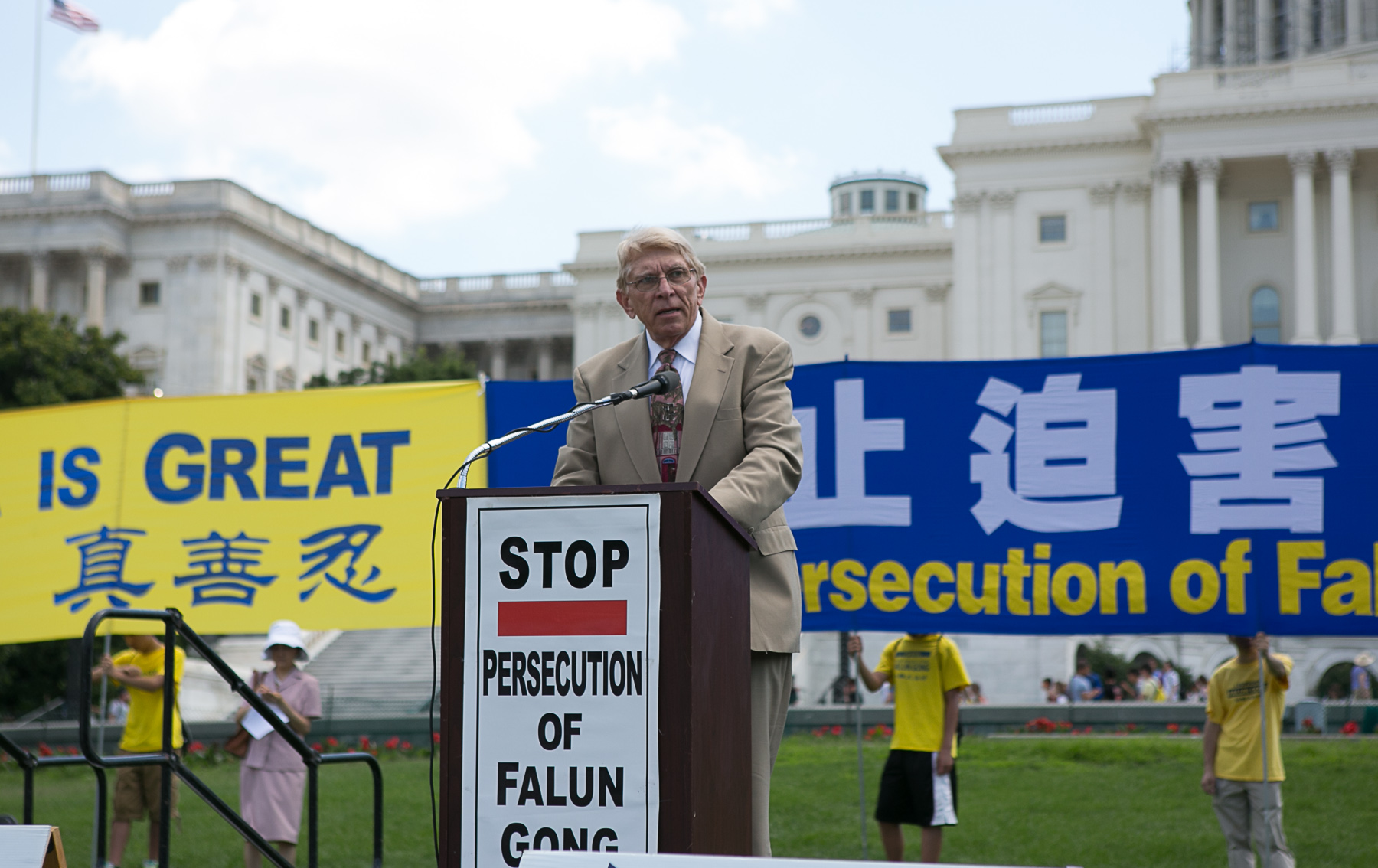 China today is a society that at the same time has vast amounts of personal freedom in some areas, total repression of individual expression in others. While an entrepreneur can start up a business in virtually any area of the nation and in almost any industry, permission to open a place of worship or to expand an existing place of worship is nearly impossible without some kind of state control. In many instances construction of churches is banned or there is actual destruction of places of worship such as the large protestant mega-church in Zhejiang, which was recently torn down. Eighteen churches have been destroyed in China so far this year, most recently one in Ningbo.

In 2013 I traveled for nearly a month in China on business and conducting some research. Virtually everyone in China has a smart phone, and because of the size of the population, it is virtually impossible for the government to monitor all communications. Many of those I spoke to were openly critical of the Communist Party, particularly its past. My translators and those I interviewed had no kind words to say about the Cultural Revolution or the Great Leap Forward, often referring to those periods as disasters for the nation. There were not many kind words for the practices of current party leaders, either.

I spoke with many people, including university professors, who were critical of the lack of religious freedom. Openness about their oppression, their opposition to oppression of non-state churches, and to such policies as the one child laws, actually surprised me.

However, when I brought up the subject of the repression of the Falun Gong, I was met with silence. The other subject no one wanted to speak about was organ harvesting. Most professed to know nothing about the practice of organ harvesting from prisoners in China, despite vast availability of the stories on the Internet. These two subjects—which those I spoke with refused to discuss—are very much related. So closely related that, in the U. S. Congress is a House Resolution on the forced organ harvesting from Falun Gong practitioners and others in China that is co-sponsored by 176 congressmen, including 90 Republicans and 86 Democrats, and that's just so far.

There are at least 10,000 organ transplants per year in China, and former Vice-Minister of Health Huang Jiefu admitted publicly that more than 90 percent of the transplanted organs are from executed prisoners in China.

It is a fact that members of the Falun Gong, who have committed no crime other thanpracticing in their faith, have been imprisoned and executed for their organs, simply because they were a tissue match for someone—often a wealthy Westerner, who was willing to pay for their organs. In the name of righteousness and for the sake of human dignity, this must stop. The world should be outraged.

Faced with violent jihad from Islamic extremists in the western regions of China, thegovernment response is to repress a peaceful religious movement. No member of the Falun Gong has participated in mass murders or bombings, as have members of the Turkistan Islamic Party. Yet the repression of the Falun Gong exceeds that of radical Islamist groups, as if the Communist Party of China is admitting that it fears peaceful religion more than violent secessionists.

The Communist Party of China is spending more time and effort on the repression and suppression of unregistered Christian churches and the Falun Gong than on the suppression of groups promoting the violent jihad that has brought death to Tiananmen Square itself.

Today we send a clear message to the Communist Party of China: Defend your nation against enemies that are real, rather than destroying churches and jailing the defenseless and the peace-loving people simply because of their faith.