(Minghui.org) “We should be able to do what we think we should do. We should tell it [Chinese Communist Party], we need to do this. We will not do whatever it tells us to do,” commented Hong Kong resident Mr. Zhong as he watched the Falun Gong practitioners' march on July 19. The event commemorated the 15th year since the persecution was launched in China on July 20, 1999.

Hong Kong citizens and legislators see the current plight of Falun Gong practitioners in Hong Kong as part of the collective fight for freedom as the room keeps shrinking since Hong Kong was returned to China in 1997. 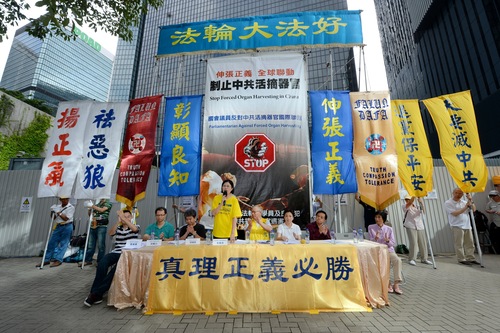 Nearly 900 Falun Gong practitioners participated in the march and the following rally at North Point in the eastern part of Hong Kong Island on July 19, 2014.

Many Chinese tourists at Causeway Bay, a primary shopping district the march passed by, also expressed their views.

Mr. Fu came from northern China and saw a Falun Gong march for the first time, “I think it's quite spectacular, very shocking, very good. My friends think that this is politics; it is because they haven't seen through the nature of the Chinese Communist Party (CCP).”

Ms. Zeng from the nearby Guangdong Province exclaimed: “This is so large-scale!”

Nearly 900 Falun Gong practitioners participated in the march and the following rally at North Point in the eastern part of Hong Kong Island.

Attorney Jiang Tianyong, one of the four prominent rights lawyers detained and tortured by the Chinese regime in March 2014 for defending Falun Gong practitioner clients, joined the rally via a recorded speech.

Praising the steadfast spirit of practitioners, he said, “The non-violent spirit of Truthfulness-Compassion-Forbearance deserves our admiration and following. As a citizen and a legal professional, I truly admire their spirit. I think if Chinese can all have such courage to face tyranny and dictatorship, we have hope in China.” 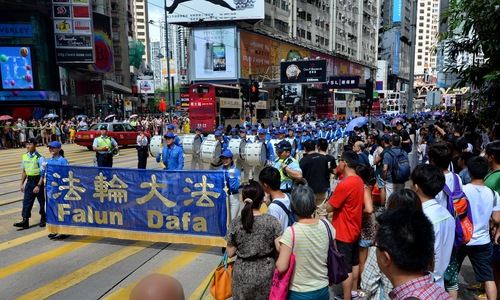 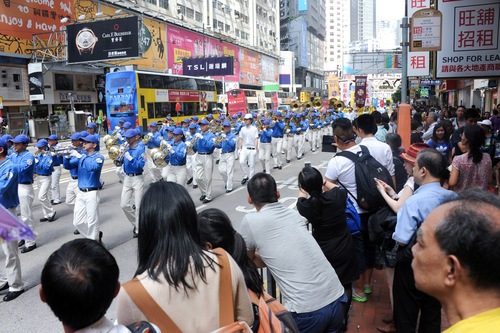 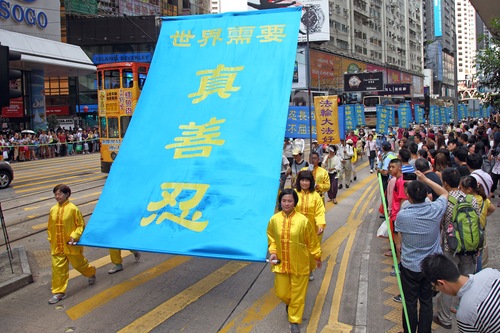 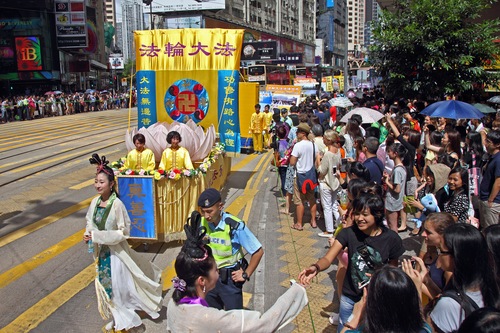 Hong Kong legislator Lee Cheuk-yan saluted practitioners: “No matter how severe the persecution is, Falun Gong practitioners persevere in their beliefs. They haven't backed down. We salute them!” He also praised practitioners' persistent efforts to help those persecuted in China. 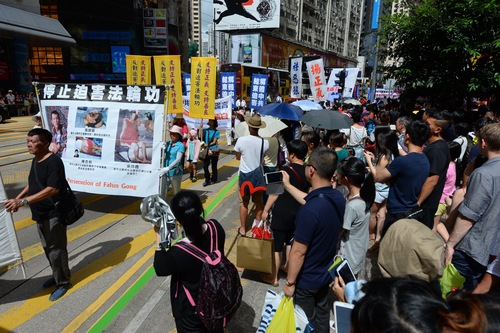 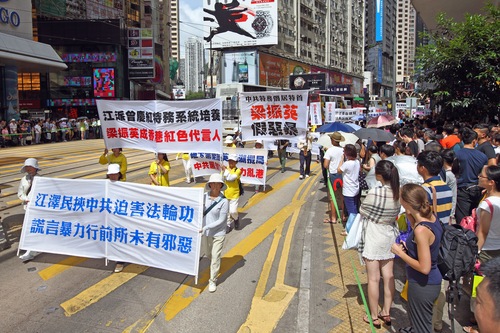 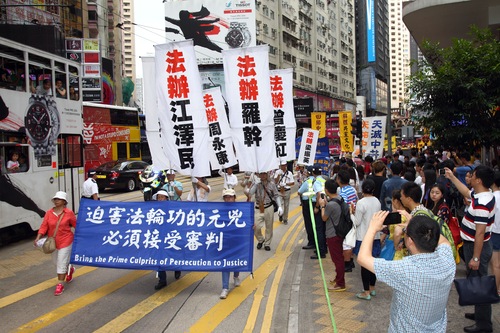 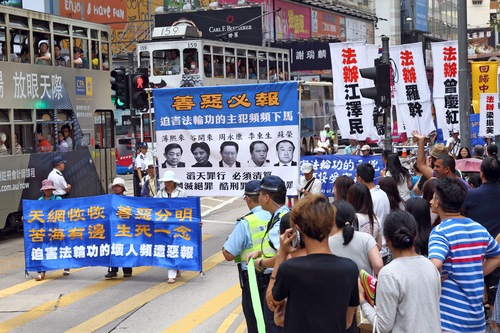 These set of banners call for bringing the main perpetrators of the persecution to justice. 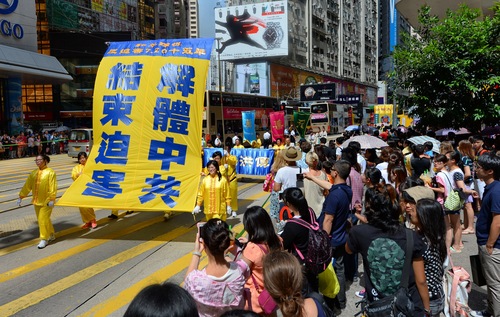 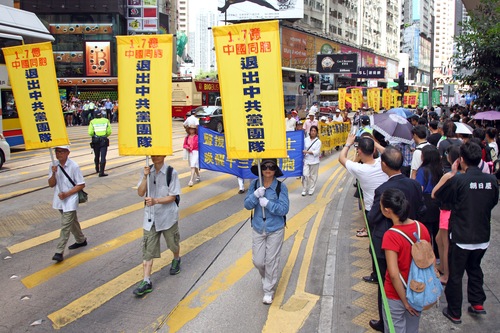 The banners remind Chinese tourists that only when the Chinese Communist Party collapses will the persecution of the Chinese people cease.

Hong Kong Falun Gong spokesperson Kan Hung-Cheung stated at the rally that all the perpetrators would be held accountable for their crimes sooner or later. Many of them, including Zhou Yongkang, Bo Xilai, Li Dongsheng, and Su Rong, have already met with karmic retribution. The arrow of accountability is aimed at the ultimate evildoer, Jiang Zemin.

“The arrogant and reckless perpetrators are now in a state of panic. We urge them to stop participating in the persecution, quit the CCP, and expose the persecution to help rescue those persecuted. This is the only way out,” he said.