(Minghui.org) Sixty nine new death cases of Falun Gong practitioners have been confirmed during the first half of 2014. Among them, 49 deaths occurred in 2014. 20 practitioners died in 2013 or earlier, but the cases were confirmed as of June 28, 2014.

Among the 69 deaths, 22 (32%) were caused by torture in prisons, 9 (13%) in labor camps, 4 (6%) in brainwashing centers, and 9 (13%) in police stations or detention centers. In addition, 5 (7%) died while they were forced to leave home to avoid further persecution, and 20 (29%) died as a cumulative result of prolonged persecution including but not limited to arrests, home ransacking, harassment, and so on. 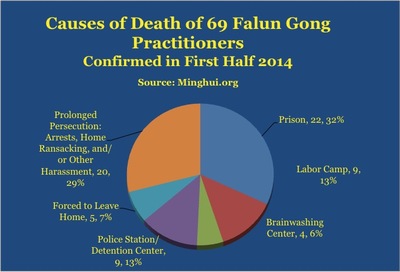 Among the 69 death cases, the ages of 51 victims are known. The age distribution is as follows: 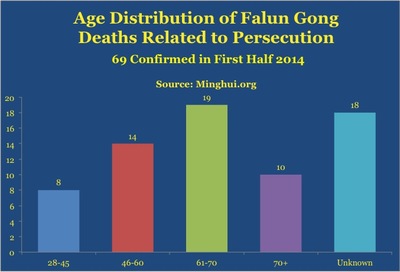 The gender distribution of the victims is as follows: 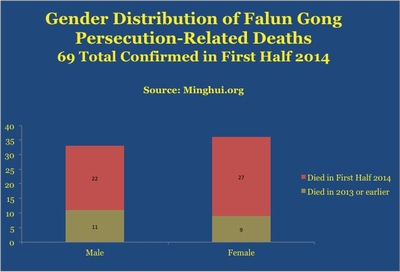 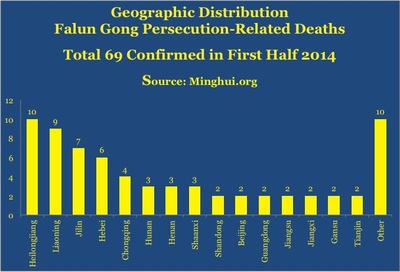 Pictures of Some of the Practitioners

Photos are available for a subset of the victims. 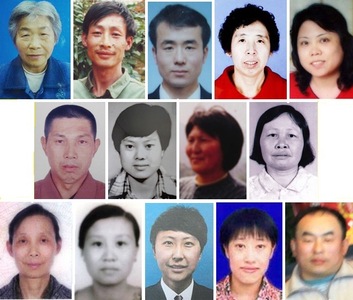 List of Death Cases Confirmed and Occurred during First Half 2014 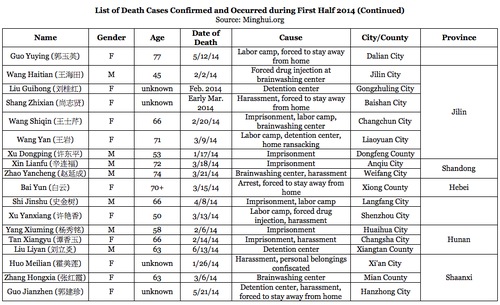 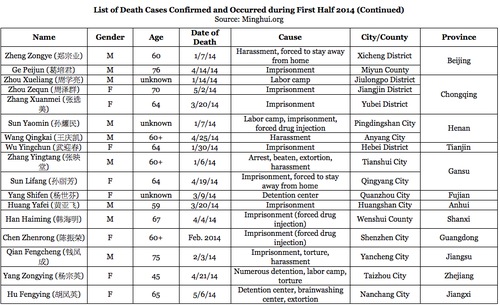 “Young Dafa Practitioner: Becoming Mature on the Path of Cultivation”