(Minghui.org) Falun Gong practitioners were once again well received at the annual Frankfurt Cultural Festival and parade on June 28, 2014. This is the tenth year that practitioners have participated. The festival has been held yearly since 2003, and strives to enhance mutual understanding between the more than 180 nationalities who live in Frankfurt, the most ethnically diverse city in Germany.

Practitioners displayed traditional Chinese culture during the parade, featuring the European Divine Land Marching Band, a waist drum troupe, a Falun Gong exercise demonstration on a float, and "Celestial Maiden" dancers. They also held portraits of those who have died as a result of persecution by the Chinese communist regime in China.

As the Falun Gong contingent passed by the main stage, the parade host introduced them by saying, “This is the Falun Dafa contingent that has taken part in the parade each year for the past ten years. They perform Chinese music with Western musical instruments, which is very special, and adds depth to the multi-cultural characteristics of the Frankfurt area.” 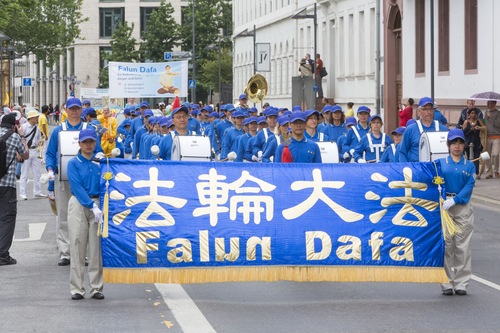 The Falun Gong contingent in the parade 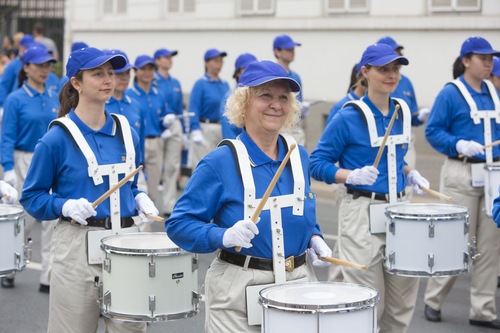 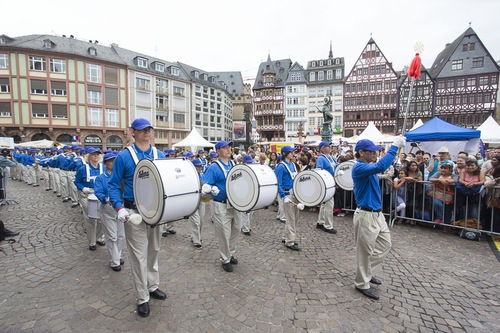 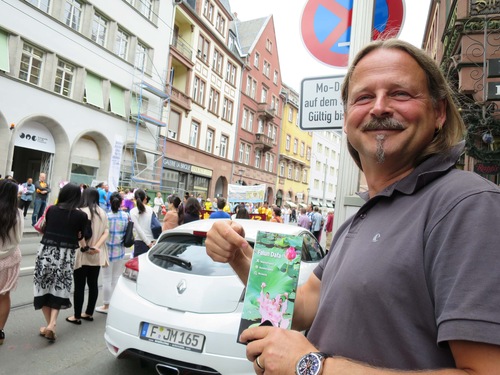 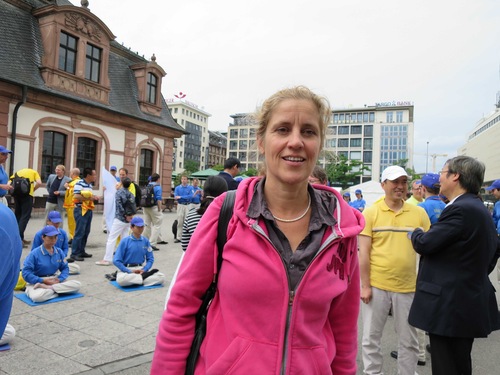 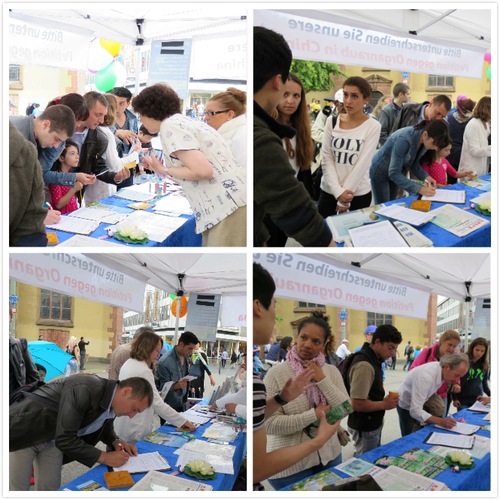 People talk to practitioners and sign a petition calling for an end to the forced organ harvesting from living Falun Gong practitioners. 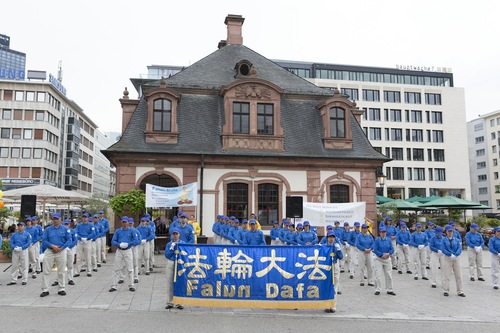 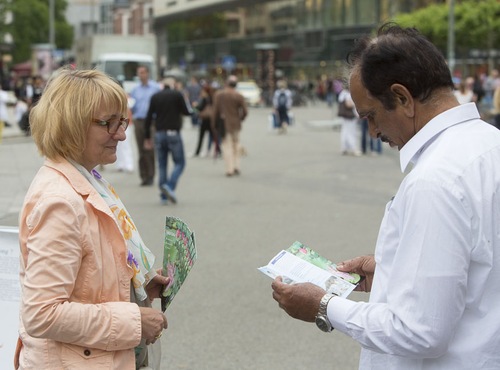 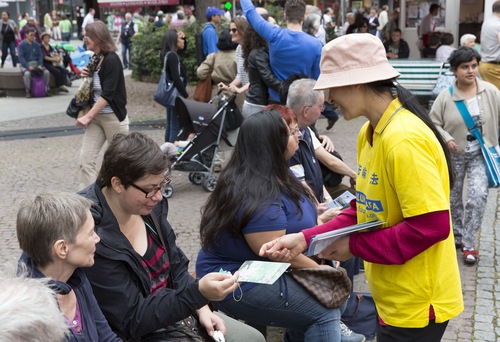 Onlooker accepts an informational brochure from a practitioner. 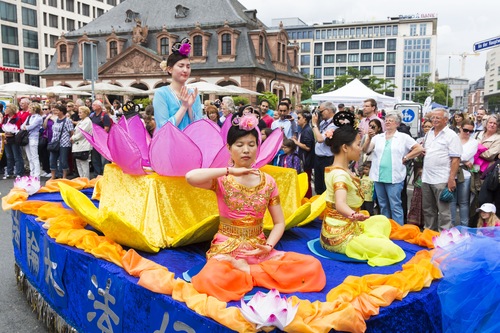 Practitioners held a rally after the parade, demonstrated the Falun Gong exercises, and told people about the 15-year-long persecution by the Chinese Communist Party (CCP) in China. Many people listened the facts and signed the petition to show their support for the practitioners' efforts to end the persecution.

"The Righteous Will Definitely Stand at Your Side"

One middle-aged German woman, who said she was a Christian, heard about Falun Gong and the persecution of the practice for the first time at the event. After she talked to a practitioner, she said, “Whoever has done such a thing (persecuting Falun Gong), should be condemned, It's terrible!”

“Such a thing must be stopped, it's absolutely inhuman, and sadistic,” she said. Referring to the CCP's crimes of forced organ harvesting, she said, “It's worse than what happened in the Nazis' concentration camps.”

She added that she believed that the righteous will definitely stand at the side of those who have endured such suffering.

Two tourists from Korea talked to practitioners in Chinese, and said that they had studied in Beijing. After they heard about the persecution and the heinous forced organ harvesting atrocities, they immediately signed the petition to show their support for practitioners.

Denis Roos, manager of an enterprise in the Netherlands, saw the practitioners' rally, asked many questions about Falun Gong, then signed the petition. He said, “The ongoing forced organ harvesting (from living Falun Gong practitioners) in China is inhuman, so I signed. It's simply unbelievable!”

"It's the least I can do. It's really an unheard of scandal!" said Margrit Detri, a German teacher who signed the petition.

Many Chinese tourists were amazed to see Falun Gong practitioners in a parade outside China, and some took many photos.

Ms. Wang, from Hunan Province, China, saw Falun Gong practitioners in the parade for the first time, and said, “It's real, natural, and traditional, but we don't see this in China.” Talking about the persecution, she said, “They are innocent, the persecution should not have happened. No one trusts the CCP now.”

One practitioner, who was distributing informational materials along the parade route, said that more than 20 Chinese people had asked her to help them quit the CCP and its affiliated organizations.