Elderly Female Practitioner in Dire Condition after 7 Months in Detention

(Minghui.org) Ms. Huang Qiaoqin's life is likely in danger after being detained for seven months. She now weighs about 80 pounds, down from her normal weight of around 150, and is emaciated. 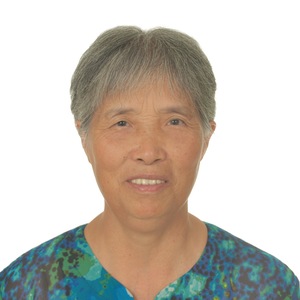 She was not allowed to do the Falun Gong exercises in the detention center, and her health deteriorated. Pustules and sores grew inside her ear, causing excruciating pain. The doctor in the prison hospital said that they could not operate to remove the pustules, so she nearly lost her hearing.

Ms. Huang also developed eye problems and is now almost blind. Her blood sugar levels are too high, and her teeth are so loose that she has trouble eating. Because of her teeth, she is only given a small amount of porridge at each meal.

The police submitted her case to the Xuhui District Procuratorate on March 26, 2014, and she was threatened with a sentence of seven years in prison.

Sentenced to Forced Labor in 2008

Ms. Huang was also arrested in 2008 for practicing Falun Gong and sentenced to one year of forced labor.

The guards in the camp refused to give her enough to eat, with the excuse that she had diabetes. Since she was unable to eat or sleep well, her health deteriorated.

Sister Passes Away after Long-Term Persecution

The authorities extorted 50,000 yuan from her family when they tried to secure her release, but Ms. Huang Qiaolan was still sentenced to three years in prison after being held in a detention center for a year.

She was released later on parole, but officers from the local 610 Office and police station made routine trips to her home to threaten her and sent her to a brainwashing center twice.

Her health faded under the constant stress and fear of persecution. She passed away on October 29, 2004, at the age of 58.

Before the Persecution: Saved by Dafa

Ms. Huang has had a hard life. When her sister died in 2004, she still had to deal with endless harassment by regime officials. But even before the persecution began, and notably before she found out about Falun Gong, she endured many difficulties.

When she was pregnant with her third child and her two daughters were 12 and 2, she was widowed. She worked hard to raise her children with hard work, but it was very stressful.

Her eyesight declined through the years to the point that she could barely see. She also had a severe shoulder ailment, which sometimes left her unable to stand up straight or even walk.

However, after she practiced Falun Gong, all of her illnesses went away, and she was happy. She started her own business and her finances improved. All of her children support her practicing Falun Gong.

“Kunming City: Retired Teacher Arrested for Her Belief in Falun Dafa, Indicted Based on Fabricated Charges”