(Minghui.org) Falun Gong practitioners recently took part in the 2014 Pineapple & Lychee Cultural Festival in Kaohsiung, Taiwan on May 31. Their performance was warmly welcomed and the principles of Falun Gong were publicly commended.

The Dashu District of Kaohsiung is known for its sweet pineapple and “jade purse” lychees. This celebration of the fruit harvest is a major event in the area, drawing crowds of locals and tourists each year. The 36-degree Celsius (97 Fahrenheit) temperature didn't deter their enthusiasm.

Huang Chuan-yan, the mayor of Dashu District, Kaohsiung, acknowledged the practitioners' contributions to the area: “On behalf of the residents of Dashu District, I would like to sincerely thank the Falun Gong group. We hope that Truthfulness-Compassion-Forbearance, which the group represents, and their genuine participation will help the district become more peaceful and beautiful. Thank you, Falun Gong practitioners, for your heart!” 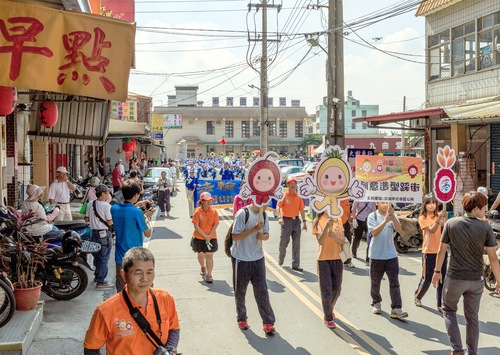 Falun Gong practitioners were invited to take part in the 2014 Pineapple & Lychee Cultural Festival parade in Kaohsiung, Taiwan on May 31.

The practitioners' Divine Land Marching Band performed ten pieces including “Falun Dafa Is Great,” “Holy Music with Buddha's Grace,” and “Offering Treasure.” They led the entire parade and circled the village. People were happy to hear the stirring music and take flyers about the practice of Falun Gong and the persecution in Mainland China. 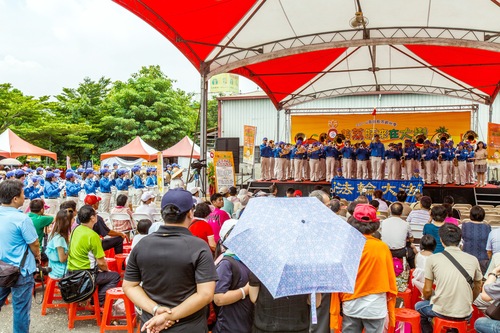 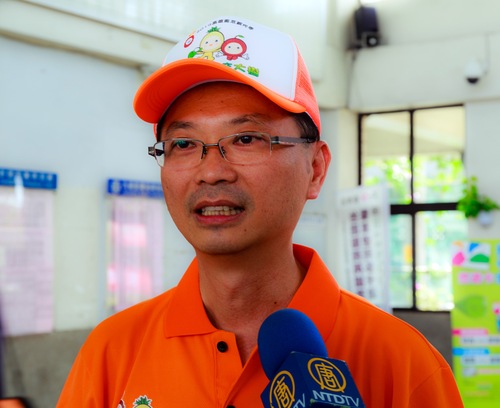