Judge Denies Ms. Fan Limin the Right to Defend Herself

(Minghui.org) When Ms. Fan Limin was tried in Jingan District Court in Shanghai, a judge denied the defendant and her lawyer their right of defense. 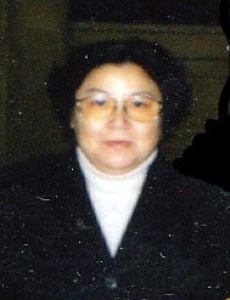 During the trial on the afternoon of June 12, 2014, the public prosecutor asked Ms. Fan Limin whether she practiced Falun Gong. When she said she did, her lawyer asked her why. Before Ms. Fan could answer, the chief judge interrupted the lawyer, telling him his question was irrelevant.

The lawyer invited Ms. Fan to describe her arrest. Ms. Fan said that, without showing her any ID, plainclothes officers from the Domestic Security Division took her to a secret place that was neither a police station nor a detention facility. Before she could continue, the chief judge again stopped her.

The lawyer requested that the public prosecutor excuse himself from the trial and also asked for a 20-minute break. After the prosecutor called his superior, he refused to leave, and the court denied the lawyer's request for a break.

The prosecutor said that the police intercepted 12 letters from the Shanghai Post Office that were written by Ms. Fan to clarify the facts. The prosecutor intended to use the letters as “evidence.” Her lawyer objected, saying that intercepting mail is illegal and that the letters could not be used in court.

Before the debate of the evidence was over, the judge ended the proceedings, saying it was late. He said the hearing would resume on another day.

Ms. Fan, 57, was arrested by officers from the Jingan District Domestic Security Division on August 26, 2013. The police searched her home following the arrest and charged her in Jingan Court on November 25, 2013.

On the day of the hearing, the authorities implemented many security measures. Police cars, uniformed officers, and plainclothes officers were everywhere. The court only issued two passes for the hearing, even though they said they would issue six. Several of Ms. Fan's family members could therefore not attend.

Even though Ms. Fan’s husband and daughter were not permitted to attend the hearing, they were held outside the courtroom and watched by police until the hearing was over.

“I Found My Attachment of Lust after Experiencing Sickness Karma”