(Minghui.org) UK Falun Gong practitioners held a peaceful demonstration in front of Prime Minister David Cameron's official residence during Chinese Premier Li Keqiang's three-day visit. The protest, held during the official reception on June 17, called for an end to the persecution of Falun Gong in China and for those responsible to be brought to justice. 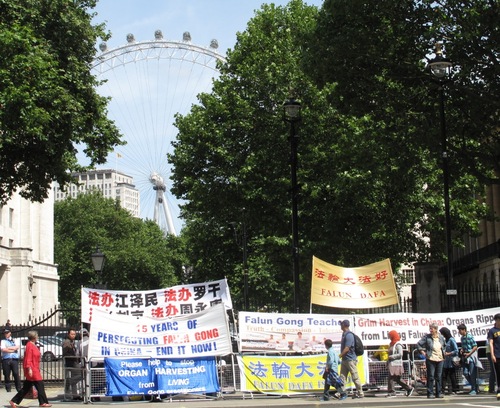 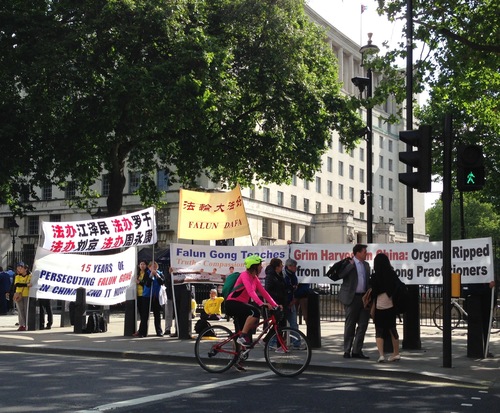 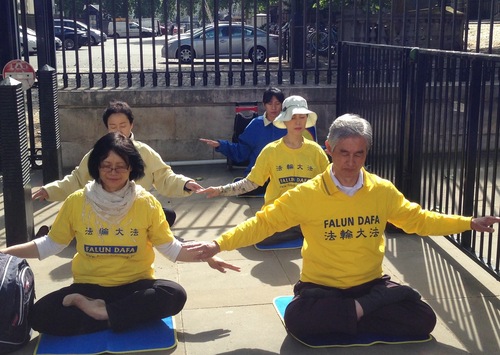 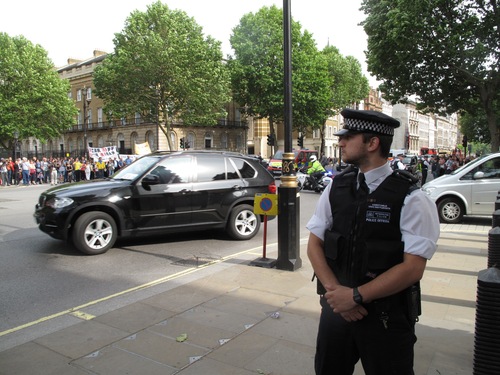 In the afternoon, Li Keqiang's car left the Prime Minister's residence and passed by the protest. Practitioners shouted out “Falun Dafa is good!” to the Chinese officials.

10 Downing Street is a famous tourist destination, and there were several groups protesting on June 17. According to the police, Falun Gong practitioners' events are known for being the most peaceful.

At 1p.m., several Chinese government officials entered the residence through the front gate. Zack, a Western Falun Gong practitioner, said to them in Chinese, “Quit the Communist Party” and “Falun Dafa is good,” as he offered them Falun Gong materials. Some of the officials accepted the materials. 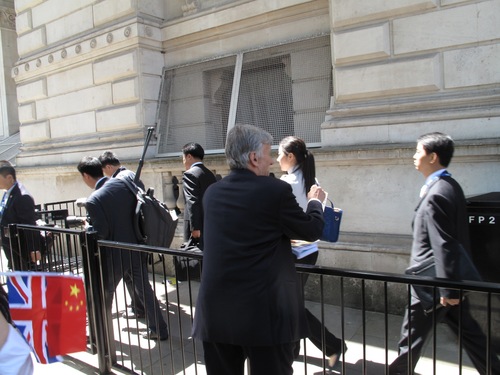 Many Chinese tourists and students were surprised to see Falun Gong practitioners there. They took photos of the peaceful demonstration and talked to practitioners. Two Chinese students praised practitioners: “Falun Gong is flourishing. Many of those responsible [for the persecution] indeed have been punished.” 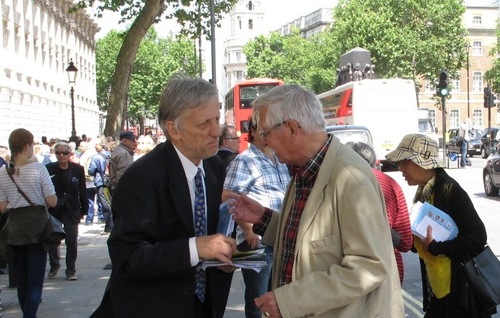 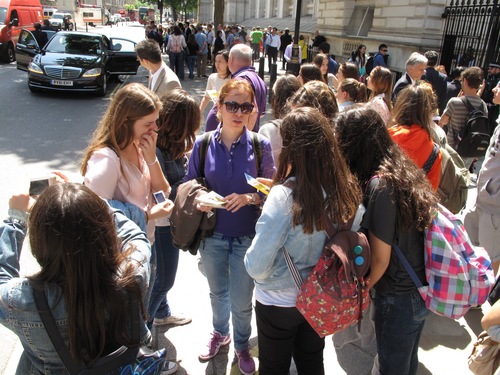 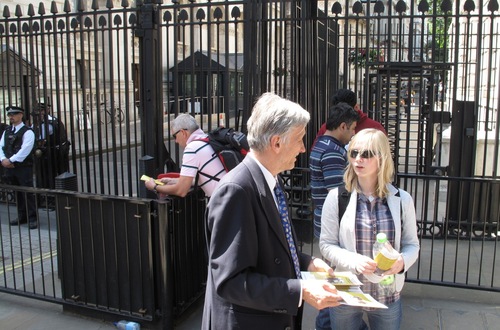 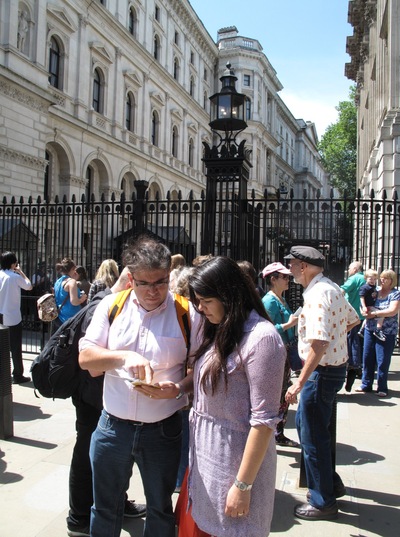 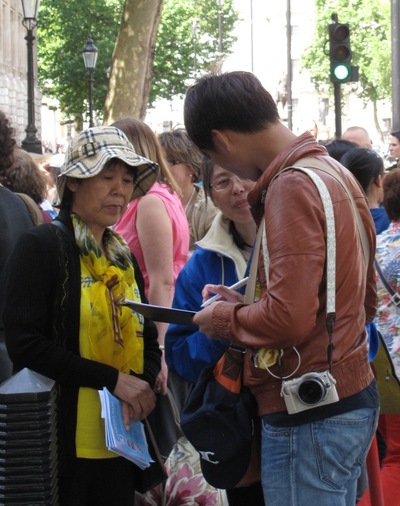 Signing the petition to condemn the persecution 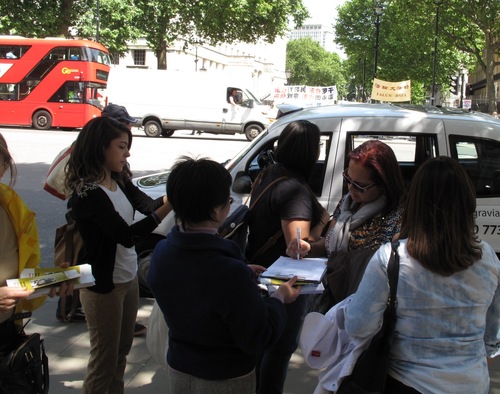 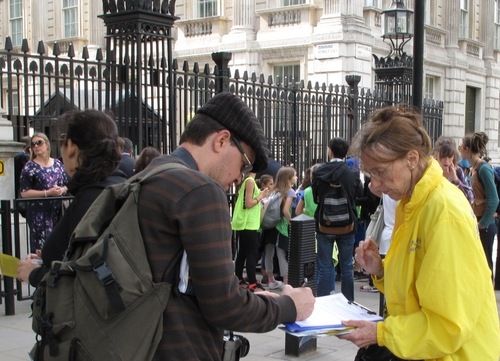 During the 10-hour protest, practitioners demonstrated the exercises and handed out materials. Many tourists signed the petition, expressing their support for Falun Gong and condemning the persecution.