(Minghui.org) Falun Gong practitioners participated in the Bread & Honey Festival Parade on June 7, 2014, in the city of Mississauga, part of the Greater Toronto area. The Divine Land Marching Band and waist drum possession were welcomed at this annual event.

Ms. Hazel McCallion, mayor of Mississauga, expressed appreciation for the Falun Gong practitioners' contribution to the diversity of local communities. 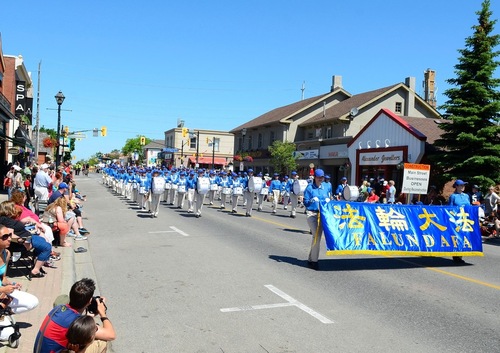 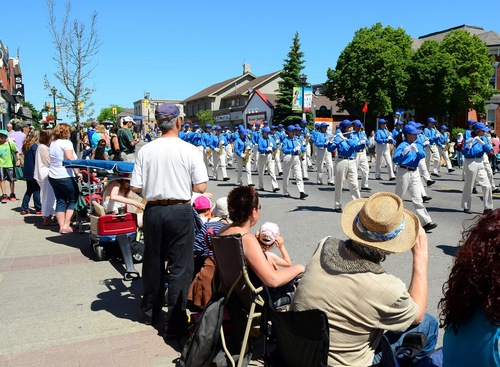 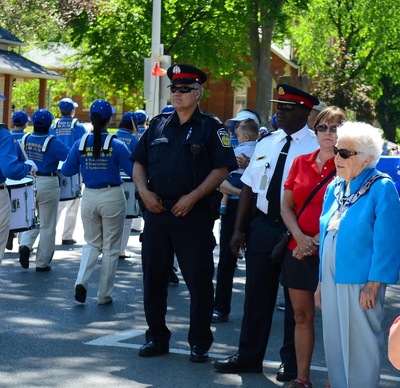 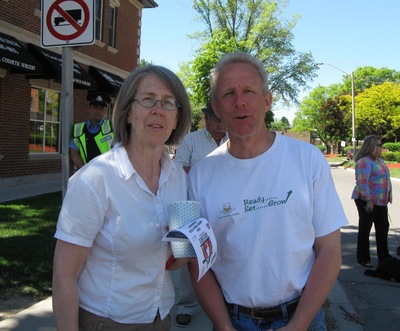 When Bruce and Susan (pictured) were watching the performance of the Divine Land Marching Band with great interest, Chinese spectator Mr. Chen told them about the persecution of Falun Gong. 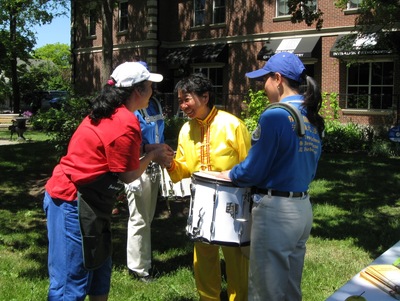 Marie, a volunteer at the event, took the hands of Ms. Fu, a member of the Divine Land Marching Band, and said, “You must spread such a tradition [waist drum] to the world!” 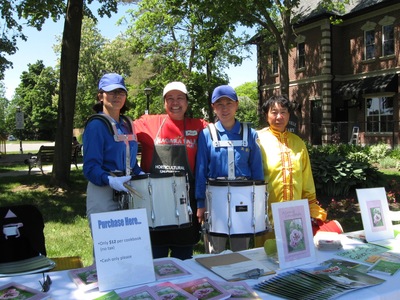 Marie, a Filipino volunteer at the event, posed for a photo with practitioners 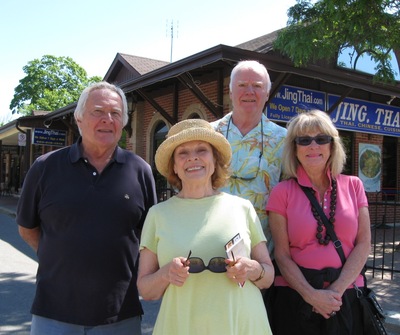 Connie (first right) watched the parade with friends. She said, “This entry is the best. Please tell them, 'We love them so much!'” 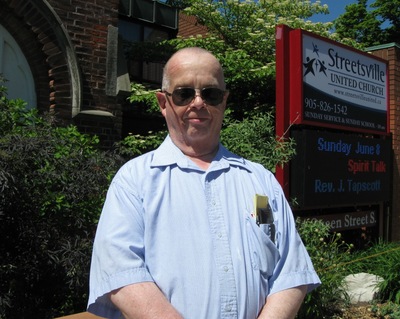 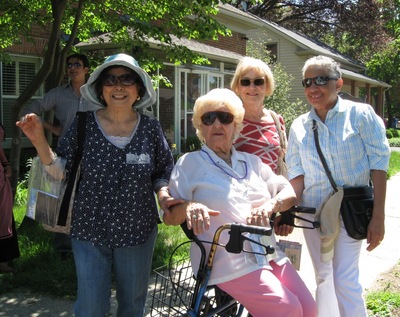 Andie (first left) said: “I have been reading the 'Falun Gong' banner. I like this group so much. Their performance is great! I'm impressed.” Upon learning the facts about the persecution, Andie said, “I will pray for them [those persecuted in China].”

Ms. Liang, from Guangzhou, China, asked her husband to take a photo for her with the Divine Land Marching Band. She followed the band and walked quite a distance in the parade.

She gave the band a thumbs-up, “This is great! I am sightseeing, and as soon as I left China, I came across this parade! My old friend is in the Divine Land Marching Band. I am so fortunate. This is something that we cannot see in China.”

“The persecution [of Falun Gong] should have never happened,” she said it with tears in her eyes.

Ms. Liang's husband said, “The Falun Gong entry was the highlight and the best entry! I'm proud of them.”

Mr. Chen and his family were watching the parade when he overheard Bruce and Susan, two other spectators, talking about the Divine Land Marching Band. He told them about the persecution of Falun Gong.

Mr. Chen said, “We have been living in Canada for three years. We are Christians, but we are familiar with the persecution of Falun Gong. Therefore, we gave them a brief explanation of the persecution. They were quite shocked, 'How could such a good group be persecuted?'”

Mr. Chen expressed his own opinion, “The Chinese regime's persecution of Falun Gong is completely against humanity. It is condemned by the entire world!”

“How I Improved After a Practitioner Betrayed Me to the CCP”