(Minghui.org) Falun Gong practitioner Ms. Ge Xiuli, a farmer from Xiangzhuang Village, Jing County, Hebei Province, was arrested on September 13, 2013. When villagers learned of her arrest, they signed their names and added their fingerprints to call for her release.

Although the communist officials have made every attempt to prevent people from supporting Falun Gong practitioners, kindhearted villagers continue to support justice, and another 390 people have signed in support of Ms. Ge. 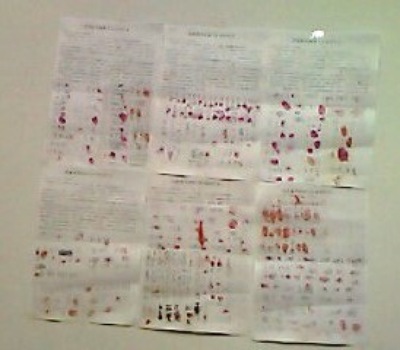 A third collection of signatures calling for the release of Ms. Ge was signed by 390 people

So far, over 1287 have signed the petition calling for the release of Ms. Ge.

After she began the practice, Ms. Ge's ailments, including chronic gastroenteritis, heart disease, neurasthenia, and rheumatoid arthritis, were miraculously healed. She also improved her relationship with her mother-in-law and neighbors. All the villagers knew that she was a very good person.

Ms. Ge and her daughter were taken to Jing County Police Department. She was handcuffed to a bench, and the officers poured water over her. She was later transferred to the Hengshui Detention Center. Her daughter was released on the same day. After Ms. Ge was arrested, her neighbors and relatives helped her daughter to plant and harvest her crops. Her husband and daughter were grief-stricken over Ms. Ge's unjust imprisonment. 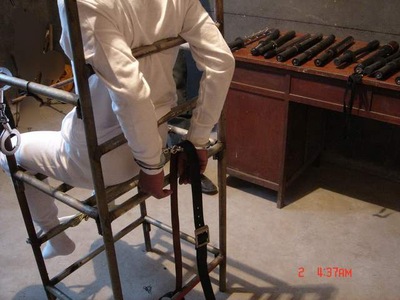 Ms. Ge was tried in Jing County Court, Hengshui City, on April 1, 2014. All the armed police officers, county police officers, security guards, and 610 Office personnel were mobilized during the trial. No verdict was announced.

Justice Is Within People's Hearts

Since November 2013, Ms. Ge's family, friends, and relatives have been collecting signatures from the villagers to secure her release. Many people have highly praised Falun Gong practitioners for their high moral character and have signed in support of them. They courageously showed the police department, procuratorate, and the court that they supported Falun Gong and called on the communist authorities to acquit Ms. Ge.

Many villagers said, “She didn't break any law. Of course I will sign the petition to call for her release.” After reading the attorney's defense statement, some said, “Lawyers are helping to defend good people. We are not afraid of them (the public security organs). The police don't care about arresting bad people, but instead are persecuting the innocent. They can't distinguish bad from good. I will sign. I hope Ms. Ge comes home soon.”

Through the efforts of Ms. Ge's family, friends, and relatives, 897 signatures were collected by January 6, 2014, in the first signature collection.

An article about the signatures being collected for Ms. Ge was published on the Minghui website on January 6, 2014. That same day, a dozen township officials directed by the mayor, whose surname was Ze, harassed people in the surrounding villages. They knocked on doors, asking who had signed the petition. They ordered people to sign their names on a piece of paper that read, “I won't testify for Falun Gong practitioners, nor will I participate in any Falun Gong-related activities.”

Township officials asked, “Did you put down your signature?” If the answer was yes, they said, “Then you need to sign this paper, too.” Some of the villagers said, “She didn't break any law. Why should I?”

The next day, the township officials ordered the head of the village to harass those who had signed the petition.

After Ms. Ge's husband heard about what the township officials were doing, he went to reason with them. He said, “My wife didn't break any law. Why are you persecuting her?” They said they were just following orders from their superiors. Ms. Ge's husband said, “You are afraid that people will know the truth about Falun Gong. But I must tell the world that Falun Gong practitioners are good people.” After he showed them Ms. Ge's lawyer's defense statement, they backed off.

On January 27 and 28, 2014, township officials again went to the villages to harass people and pressure them to sign the paper promising not to support any Falun Gong-related activities.” This prompted another 70 villagers to sign in support of Ms. Ge. This was the result of the second signature collection. 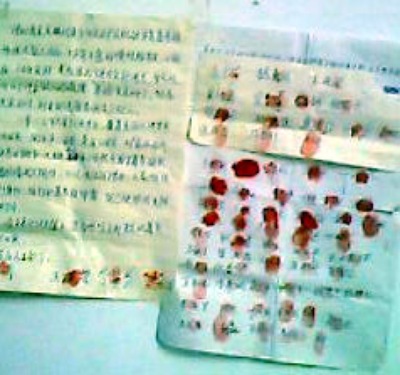 Over 70 people signed in support of Ms. Ge

During the third signature collection, because the villagers knew the truth about Falun Gong, another 320 villagers signed to rescue Ms. Ge.