(Minghui.org) As the 22nd anniversary of Falun Dafa's introduction to the world approaches, prominent Canadian leaders sent congratulatory letters to acknowledge Falun Dafa practitioners' contributions to the advancement of Canadian multiculturalism and upholding freedom of religion, human rights and the rule of law.

They also praised Truthfulness-Compassion-Forbearance and the benefits that Falun Dafa brings to people across the world.

Falun Dafa was first introduced to the public by Mr. Li Hongzhi on May 13, 1992. In the past 22 years, it has spread to over 100 countries and benefited the mind and body of over 100 million people. May 13 is World Falun Dafa Day.

Prime Minister: “Millions of People Benefited from the Teachings of Falun Dafa”

Canadian Prime Minister Stephen Harper acknowledged the Falun Dafa Association of Canada as “a valued partner” in the efforts of supporting freedom of religion, human rights and the rule of law.

Mr. Harper stated in his letter: “Millions of people around the world have benefited from the teachings of Falun Dafa. Promoting the principles of truthfulness, compassion and forbearance, the practice has found a receptive audience in Canada. I commend the Falun Dafa Association of Canada for sharing this discipline with fellow Canadians.” 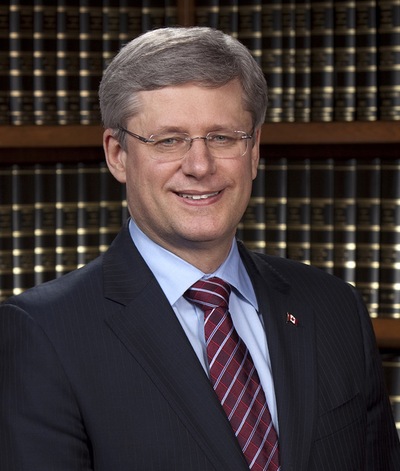 Canadian Minister of State for Multiculturalism Tim Uppal acknowledged that “Falun Dafa practitioners actively promote understanding, tolerance and friendship among all members of our diverse society, which greatly contributes to the advancement of Canadian multiculturalism.”

“Canada's Chinese community has long played an important part in the social, cultural and economic development of our nation, and the fundamental values of Falun Dafa are a wonderful complement to our Canadian way of life,” he continued.

History of Support from Canada

In the past several years, Canada has rescued several Falun Dafa practitioners from China and provided them a home. It was the first country that publicly condemned the persecution of Falun Gong.

The Canadian government raised the issue of state-sanctioned organ harvesting in China on March 12, 2014, during the 25th regular session of the United Nations Human Rights Council: “It [Canada] also remained concerned that Falun Gong practitioners and other religious worshipers in China faced persecution; further, reports that organ transplants took place without free and informed consent of the donor were troubling.”

When launching Canada's Office of Religious Freedom on February 19, 2013, Prime Minister Stephen Harper pointed out that “Falun Gong practitioners are subjected to repression and intimidation” and that “In the face of these injustices and atrocities, Canada will not be silent.”