The parade through the Riga city center enjoyed support from the local citizens. Spectators loved the waist drum team and the celestial maiden dances. Many signed the petition calling for an end to the persecution.

During the experience sharing conference on April 26, practitioners from Latvia, Russia, and Estonia shared their individual experiences in cultivation practice and in clarifying the truth. They expressed their respect for and gratitude to Master Li Hongzhi, the founder of Falun Gong. Practitioners also discussed their understanding of how to further cultivate themselves according to the principles of Falun Gong and how to disseminate the facts more widely in the region. 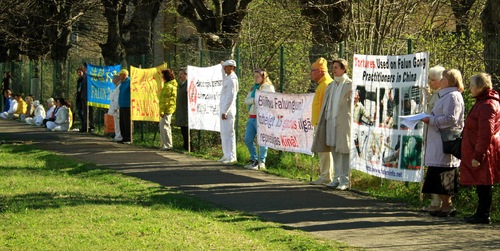 Falun Gong practitioners in Latvia stage a peaceful protest in front of the Chinese Embassy in Riga on April 25, 2014. 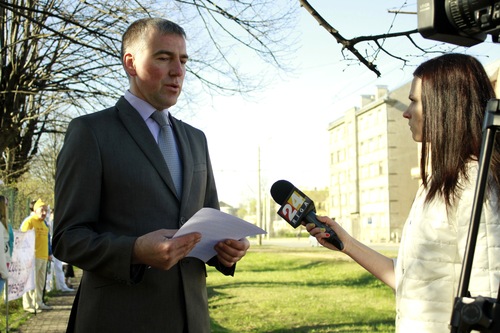 A TV reporter in Riga interviews a Falun Gong practitioner. 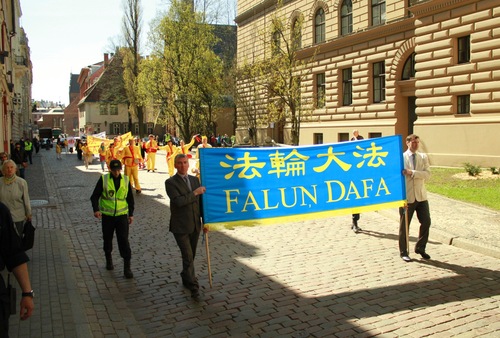 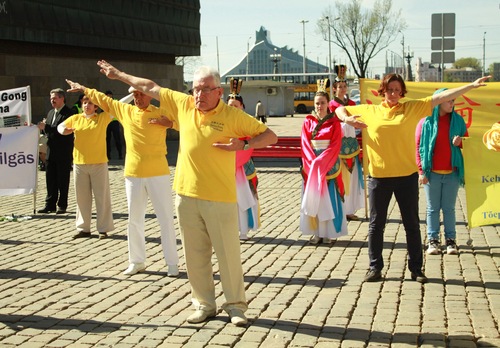 After the persecution started in China in 1999, Chinese diplomats tried to deceive the Latvian public with the same propaganda and lies used in China. Practitioners have been clarifying the facts ever since, debunking the lies and demonstrating the beauty of Falun Gong cultivation practice.

“How I Started to Cultivate in Falun Dafa”