(Minghui.org) “Anyone who does not renounce Falun Gong will be subjected to organ harvesting, unless your family pays 50,000 yuan for your release.” This is what Ms. Wu Shuyuan, imprisoned for her belief in Falun Gong, was told when she asked a police officer why she was being forced to undergo a physical examination.

Ms. Wu underwent a physical examination on March 5, 2014, including a blood test and a chest X-ray. She has been held in the Guanyun County Detention Center since her arrest in October 2013.

Falun Gong practitioners held in China's prisons and labor camps are often subjected to physical examinations. It is believed that the purpose is to collect data for organ matching and possible transplant.

A group of police officers from the Guanyun 610 Office broke into her home and arrested her on October 16, 2013. They ransacked her home and confiscated many of her personal belongings. She was later taken to the Guanyun County Detention Center.

Ms. Wu refused to give in to pressure to renounce Falun Gong, and was put in solitary confinement on February 15, 2014.

The guards used various torture methods, including tying her to an iron chair for long periods of time and shocking her with electric batons. They handcuffed her arms behind her back while in solitary confinement. She was deprived of sleep and food or drink for 48 hours. Once released from solitary confinement, inmates were ordered to beat her. 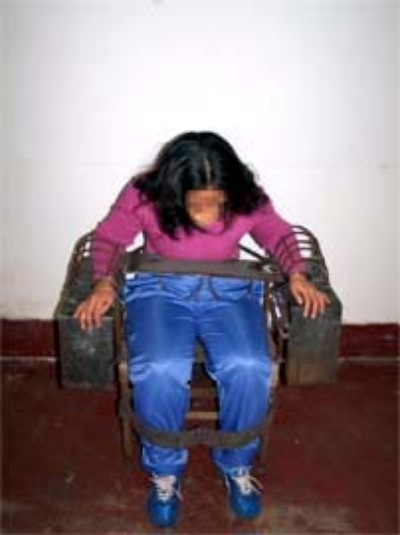 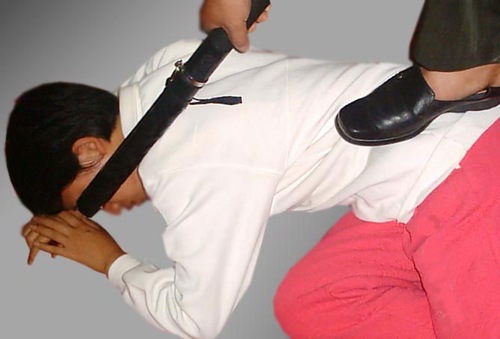 Besides Ms. Wu, a number of local practitioners have been targeted for arrest by Lianyungang police recently.

A group of police officers broke into and ransacked the home of Ms. Huang Xiao, a lecturer from the Lianyungang Teacher's College, in early March 2014. They refused to show any identification.

A group of police officers arrested Ms. Zhu Guimei at her home, confiscated her Falun Gong books and took her to a brainwashing center on March 8, 2014.

It was discovered recently that the Lianyungang 610 Office had held a secret meeting in early 2014 to plan the arrest of local practitioners.

Parties involved in the persecution